What's this circular board with a spider in the middle

This was hung on the wall at a BBQ restaurant, but I'm not familiar with the board. It's almost like a dart board, but it's wooden with triangles on the sides and holes in the corners. 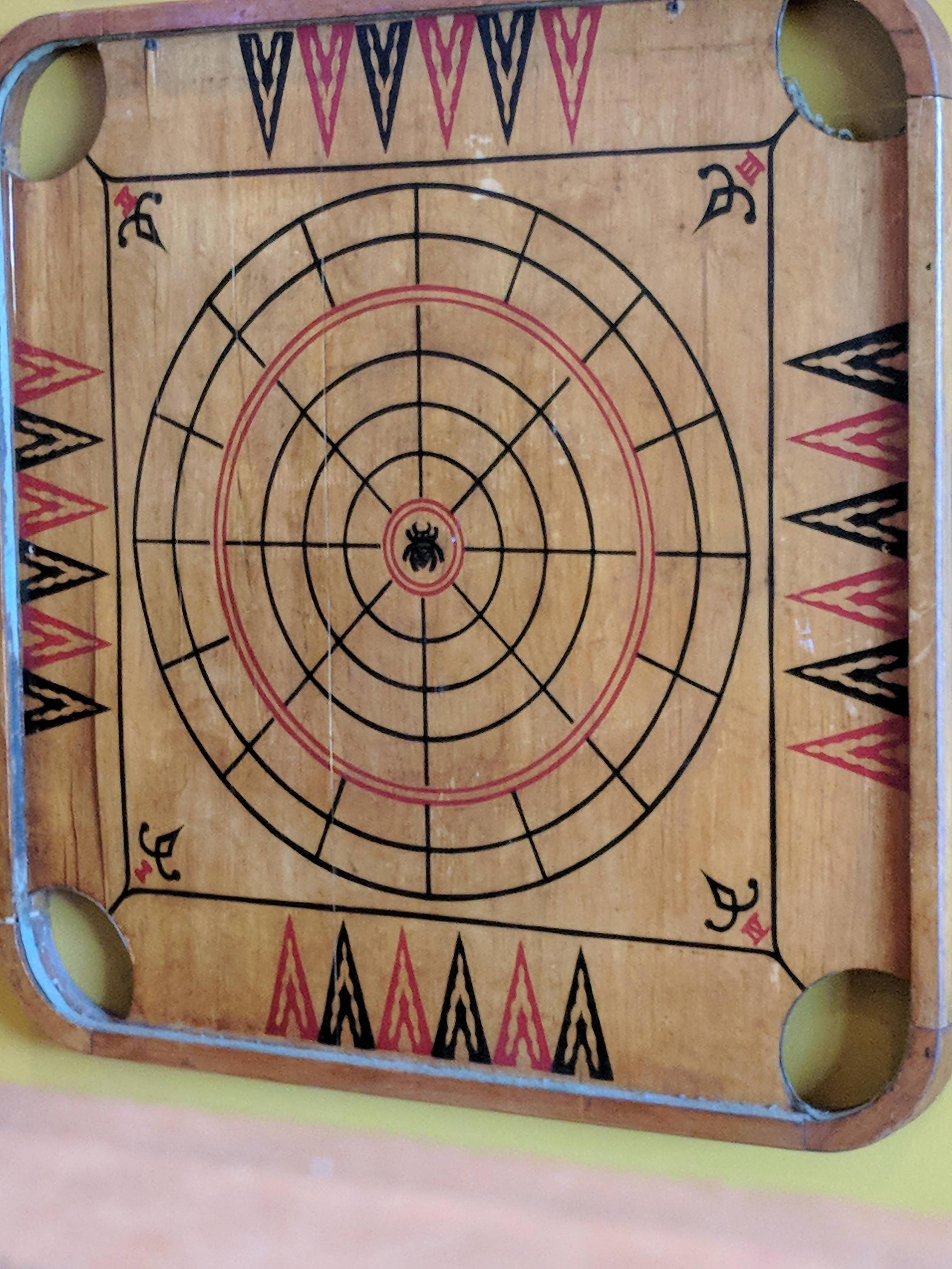 Well, the easy answer is that it's definitely a Carrom board. In particular, American Carrom which has much larger pockets than traditional Carrom boards: Your board exactly matches this image from BoardGameGeek, which is one of the board layouts the Carrom Company used for their Crown Combination Game Boards.

Of note, it's likely that the board is double-sided and would've originally had nets in each of the corner pockets (it looks like OP's picture shows the remains of one on the top right).

However, the design on the surface really has nothing to do with Carrom except possibly for the black line around the edge representing the base line (not sure if the measurements are correct for that) and the markings in the corner representing the diagonals. It's not uncommon for Carrom boards — especially American Carrom boards — to be printed with designs suitable for other games — often using the Carrom rings/discs themselves as playing pieces — so it can serve multiple purposes (checkerboards are quite common, for example). Many of these types of combination board were sold with the promise of "Plays more than 100 games," and the BGG page on American Carrom claims there are over 500 possibilities although that really depends on (a) what boards (if any) are printed on the other side, and (b) how loose a definition of 'different game' you use when counting.

The circular layout in particular seems to be used for a game called "The Spider and the Flies". I suspect the triangles around the border were meant for playing Backgammon (or any of the many many games one could play on a Backgammon board). The numbers on the corners, I can't even begin to guess at.

I do doubt darts was one of the games this was meant for though.