What are the differences between the various version of Nosferatu?

I am struggling to find the difference between the various version of Nosferatu. 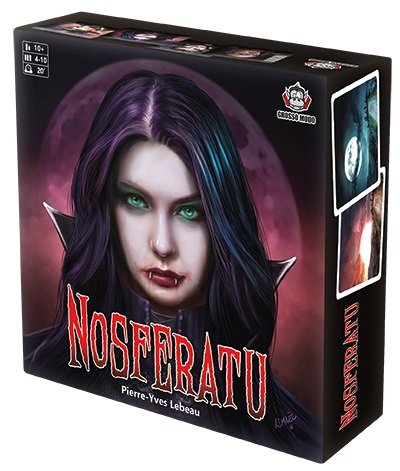 There is this one also but I know nothing about it 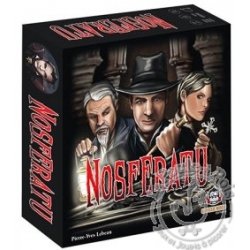 What are the difference between the old and the new version of Nosferatu? Is it just the box?

From the Board Game Geek page, your first image appears to be the 2017 edition, while the second image is the 2014 edition. The third image is listed as the "English/French first edition (2013)".

I found a thread called Which version to buy asking about the different editions. The thread dates back to 2015, meaning that it is likely comparing the 2014 and 2013 editions. There are evidently noticeable game-play differences between them.

The new version plays much better imo, as the race against the rituals allows the vampire to be much more strategic than the throne card from the original version. In the original, the vampire regularly had to make very risky plays just to avert crisis when then deck ran out. In larger games, this was a huge downside that often relieved some people of suspicion too early in the game.

The only downside to the new version is that the publisher removed the graphics from the cards for whatever reason. This makes it a little harder to remember what's going on, as new players might forget what bites do, what the rituals do, etc.

Finding information on possible changes in the 2017 version was a bit trickier. Among the publishers listed on BGG I could only find the newer version being displayed by one publisher - the Brazilian publisher Conclave Editora. Conclave lists the 2017 edition as Nosferatu 2nd Edition, and includes downloadable rules for both that edition and the 2014 edition. Alas, I do not speak Portuguese, so I cannot tell you whether the rules have changed substantially. There are at least some differences - the newer version includes 7 Vampire Hunter cards instead of 6 and 2 vampires instead of 1. The listed player-count has changed from 4-8 to 4-10.

The rulebook has been significantly changed in appearance and layout between the editions, further challenging my ability to find discrepancies between them. However the art on the game pieces illustrated in the rulebook do not seem to have changed at all.

The 2017 edition appears to be able to accommodate two extra players that the 2014 edition could not. I suspect that there are no other significant changes, but cannot confirm that without the ability to read Portuguese. 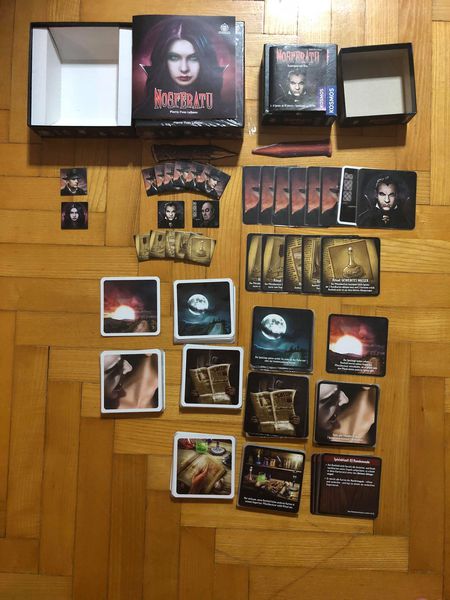 New features of the newer version:

Card counts are the same (other than the above).

Not the answer you're looking for? Browse other questions tagged edition-comparison nosferatu or ask your own question.