I'm trying to remember a game I played a year or so ago.

Traitor/Hidden Saboteur premises with dice based game play. You are all on a ship or base with various bits that become damaged over time. The good guys are trying to survive to a set round limit (I think) and the Saboteur wants them to fail and the base to break or for characters to die/be eliminated.

Each round there is something to fix and its a skill test you beat with numbers on a dice. On your turn you roll the dice behind a little cardboard screen and you must then select one to put towards the skill check. However the dice have negative and positive numbers and you must play at least one.

This means that placing a negative dice doesn't reveal you as the traitor, you could just be someone who had a bad roll and is putting a -1 because that is the best you can do.

I think the dice colours were blue, black and red.

Sounds like Dark Moon which started life as a fan supplement for Battlestar Galactica. 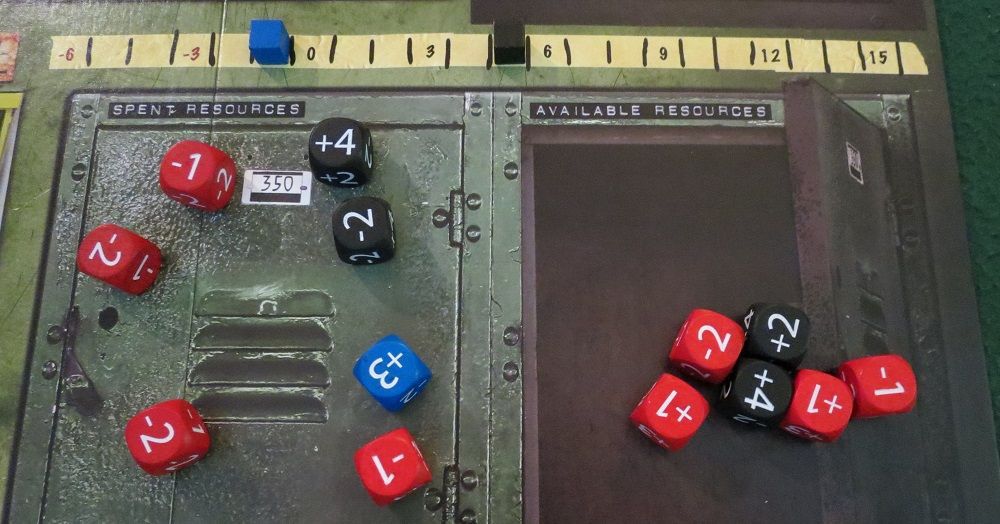