Can Alolan Muk use Tri Hazard GX attack even if opponent has no benched Pokémon? 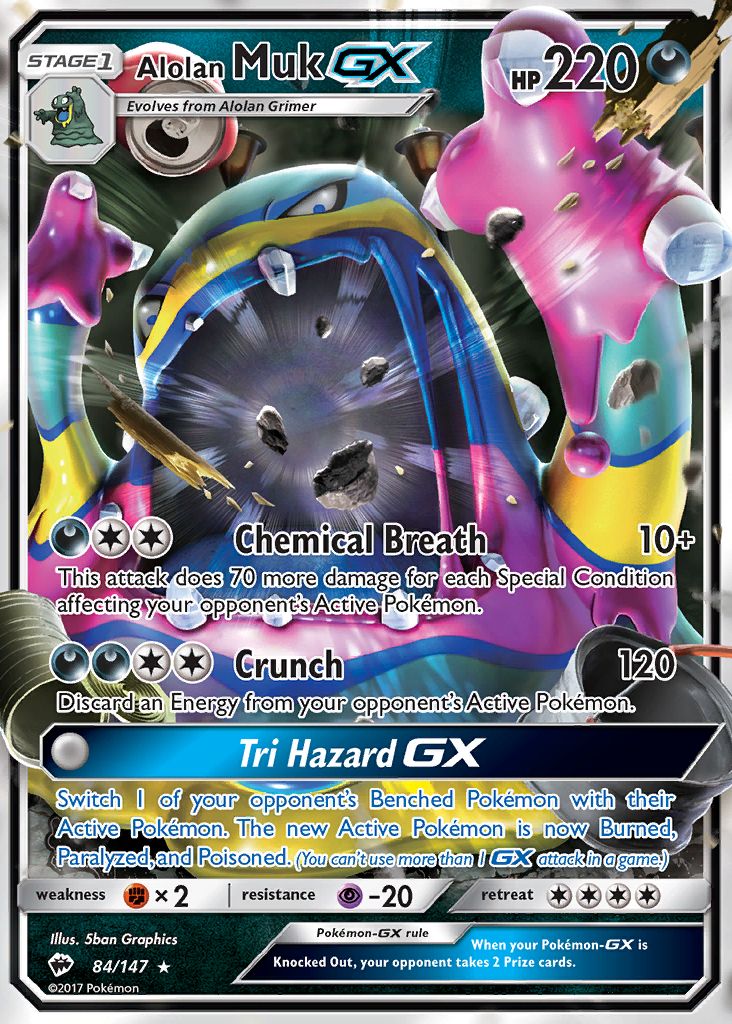 If the opponent only has the Active Pokémon left and no benched one, can the Tri Hazard GX attack still be used even if there is nobody on the bench?

Q. If my opponent has no Benched Pokemon, can I still use Alolan Muk-GX's "Tri Hazard-GX" attack? A. You can use it, but it won't have any effect, and it will count as having used your GX attack for the game. (Burning Shadows FAQ; Aug 3, 2017 TPCi Rules Team)

You can use the attack, but it won't have any effect except it counts as you've used your GX attack for that game. Switching 1 of your opponent's Benched Pokémon with their Active one is a required step to do the effect.

1
Can my opponent really have no benched pokemon, even with a Pyroar?
7
Is there a maximum amount of energy that can be attached to one Pokémon?
5
What to do when you “return a Pokemon to your hand”
5
Is there a card similar to Lugia from Fates Collide that targets GXs instead of EXs?
3
Can Alolan Pokémon evolve to non-Alolan or vice versa?
2
Can a Pokémon attack more than once per turn?
0
Pokémon attacks which deal no damage
11
How can I defend against Pokémon Cinccino “Fluffy Tail”
0
Does Mewtwo-EX's Damage Change exchange or move damage counters?
3
Do benched Pokemon heal?