When Bad Penny is destroyed, it goes back into my (its owner's) hand. But if Yxilo Bolter destroys it due to its Fight/Reap effect, it is purged. In this case, which effect "wins"? 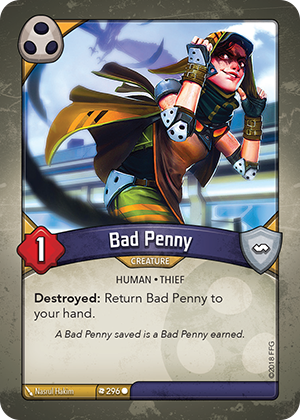 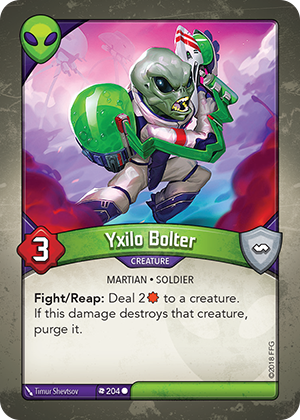 Destroyed effects actually trigger just before the creature leaves play, so in this case Bad Penny is safely returned to its owner's hand just before the purge would be applied. At that point, Yxilo Bolter's effect tries to purge Bad Penny, but it is considered a new object, and so the purge does not take effect. By contrast, a card like Oubliette would purge Bad Penny because it simply purges without going through the destroy flow. 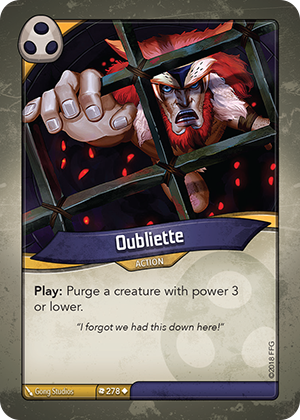 Not the answer you're looking for? Browse other questions tagged keyforge or ask your own question.

7
Does Skirmish apply to both attacking and defending?
2
Does "one non-Logos card" on Phase Shift limit me, or just enable me?
1
If an effect destroys multiple creatures, in what order are they destroyed?
3
Does Neutron Shark cause me to discard, even after destroying itself?
1
In Keyforge, does an attacked, exhausted creature deal damage to the attacking creature?
1
In Keyforge, does *Bingle Bangbang* deal the 5 damage when it attacks as well as when it's being attacked?
3
Where does Æmber captured from own side go after creature leaves play?
2
Does armor prevent non-combat damage?
2
Does my creature get stunned after killing Pip Pip with a Red Planet Ray Gun?
3
Where does Hexpion go being under the Backup Copy?