What is this game with 9 sticks with black and white beads? 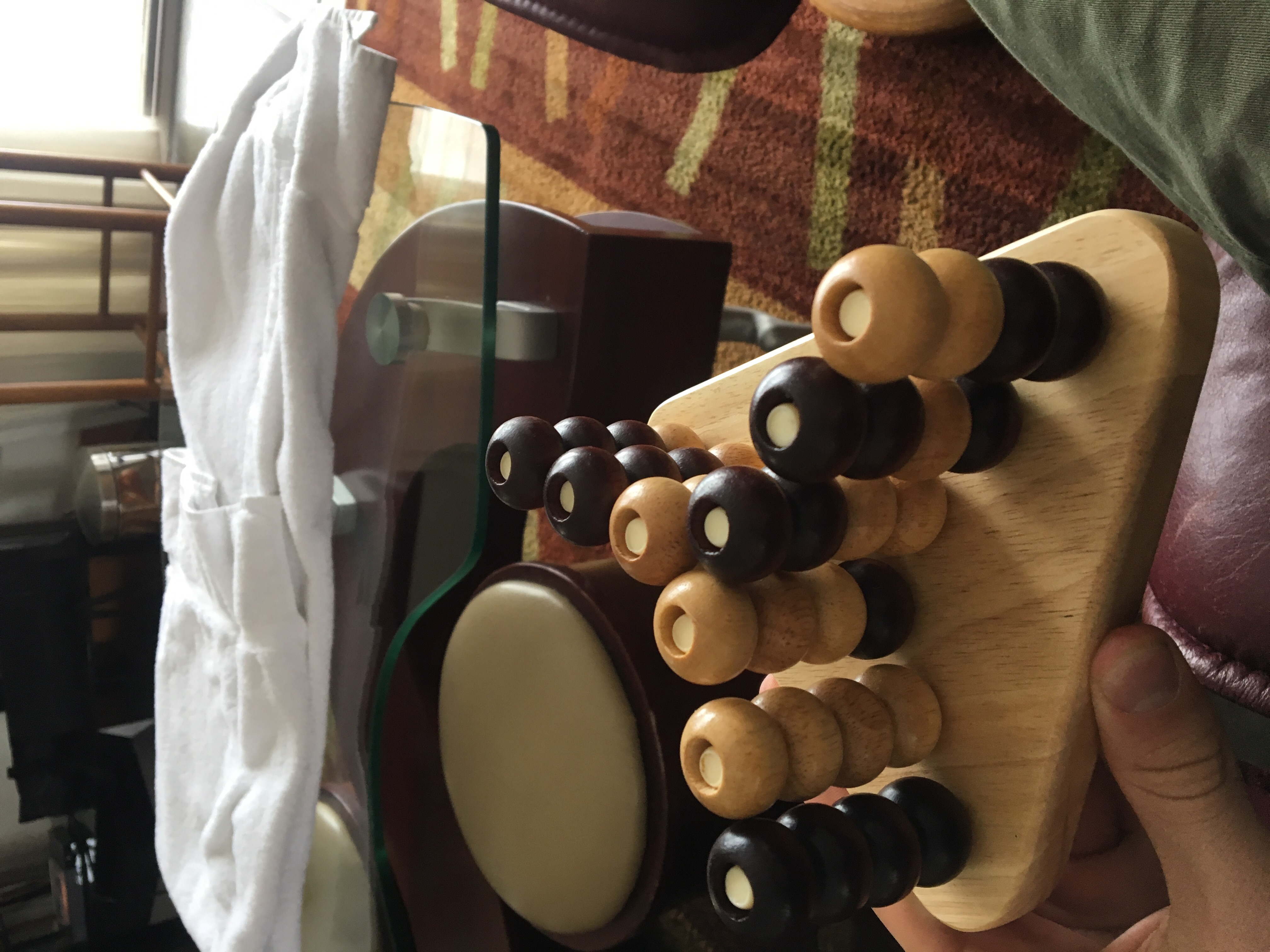 I found this game at my house, and I don’t know what it’s called, or how to play it. Can someone please help me.

BoardGameGeek has a similar game called Rex which only has 3 beads per peg. But it is basically a 3 in a row game (horizontally, vertically and diagonally) with the twist that the center 3 pegs allow one to form a triangle too. No doubt one could also play a scoring version to see who gets the most points when the pegs are full.

Exactly what you version of the game might be called, or who made it is a mystery. But for such simple games many "folkart" versions have been made.

3
What is this game featuring plastic squares with numbers in each corner?
13
Identify board game on 4x4 board with 8 black and 8 white pieces
1
Identify this grid placement/guessing game
9
Game with 37 diagonally-oriented holes, 10 black pegs and 10 white pegs
3
what is this card game called?
8
What's this game featuring a 15x15 peg board, and 60 pegs for the two sides?
6
Please identify this game - 4x4 diagonal squares, 4 red and 4 blue pieces - nice wooden board
3
What is this 4x4 board with black and white sided, numbered pegs?
4
What game does this black die belong to?
4
What is this board game with black & white pieces and criss-crossing lines called? or how is it played?