What game did these black and yellow dice come from?

I found these in Australia: A set of six six-sided dice, black with yellow markings. The dice are identical. The sides are the numerals 1, 2, and 3; an unfilled pip and a filled pip; and a weird tentacle thing. (From different angles the tentacle thing looks like a witch's hat or a pitcher plant.) There's a certain gothic flair to the forms of the numerals: The "1" doesn't have a flat bottom, for example.

These are third-hand dice, so it's hard to say whether they're separated from other game pieces or somehow constitute an entire game on their own.

Well, that was an obscure one.

As seen in the below image, these dice are from the 2006-07 Collectable Miniatures game Dreamblade. As far as I can tell, the game was extremely popular in a very small niche, and without the miniatures themselves I don't think the dice have any particular intrinsic value. They look pretty neat, though. 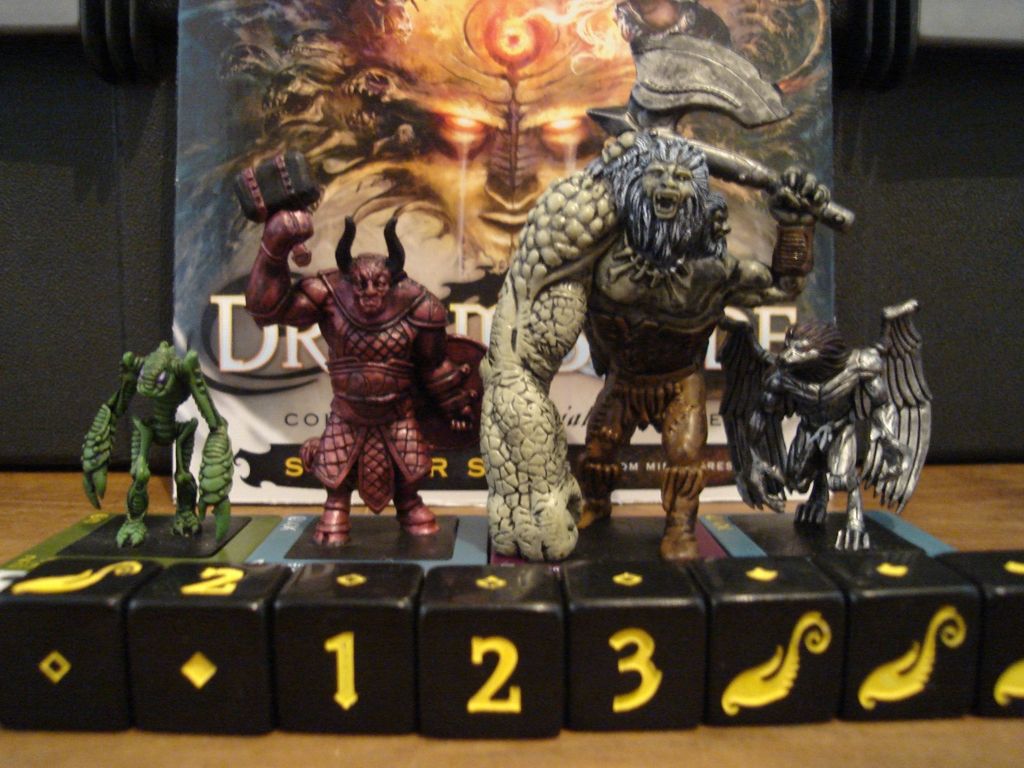