Can Aquamoeba beat Glory Seeker if the Aquamoeba owner discards one or more cards during the fight? 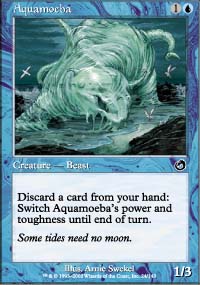 Discard a card from your hand: switch Aquamoeba's power and toughness until end of turn. 1/3 creature 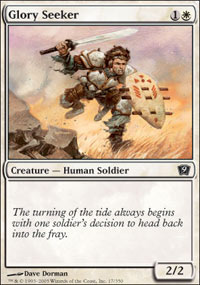 It used to be the case that you could do this:

You should take the time to read up on how the Stack works.

52
In Magic, when can I tap my opponent's creatures to prevent them from attacking?
29
Can someone explain the Damage on the Stack rule change?

8
In Magic, when Magus of the Unseen returns an untapped artifact to its original controller, is there a delay before it becomes tapped?
3
Can negative toughness effects kill a creature?
6
How does Gideon, Champion of Justice's ability work?
4
What happens if I kill a creature enchanted with Murder Investigation by casting Flowstone Slide
12
Clarification of creature's subtype for card effects
8
What happens when both players run out of cards with Gideon of the Trials and an emblem in play?
7
Mirrorweave on Double Faced Cards
2
Kasmina's Transmutation vs. Gideon Blackblade
10
How do draw effects during the discard phase work?
4
Does Conspiracy remove non-creature subtypes from a creature?