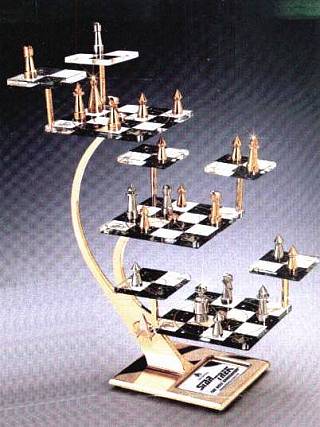 The success here is that they don't require reasoning about complex 3D structures; they're just object manipulation and the human intuition about physics. I'd file Blacksmith puzzles (also known as tavern puzzles) as also having the attribute of successfully using 3D geometry to create engagement, but these are intended as solo exercises rather than having competitive rules draped on top of them.

As an extreme example, Allan Calhamer (the inventor of Diplomacy) made a four-dimensional game called "Hyperspace", though embedded the four dimensions onto a 2D board with some interesting movement rules. This ended up being sufficiently unintuitive that the answer to multiple questions in the included FAQ in the rulebook is "You don't understand hyperspace."

I have played an 8x8x3 version of Chess, somewhat similar to Millennium 3D chess But since I received my set in 1978 nd that dates from 2001 they can't be quite the same. The board had three plastic chessboards stacked one above the other (not offset as in the Star Trek version), and pieces could make their regular flat moves or make related moves across levels.

At the tiem I was a fairly inexperienced chess player, and I did not find the experience very different, except that the end game was harder with another way for a king so slip away from a pending mate. One had to have at least one piece on the adjacent level to block the king's escape, and it was pointless to try to mate on the middle level except with overwhelming strength. The physical positioning allowed fairly easy visualization of relative positions and move. It helped that the "white" squares were actually transparent.

This question possible does need to be a bit more specific, so I am going to restrict my answer to tri dimensional chess. In tri dimensional chess, where the different levels of boards overlap, the overlapping squares are considered to be the same positions and a piece ending its move on an overlapping square has a choice of levels to end on. This aspect alone completely over hauls a 2D chess players rule book. Depending on which rule set is employed. By far, the most played rules are Andrew Bartmess' Federation Standard rules, adopted by memorabilia 3D chess board makers and sanctioned, initially, by the makers of Star Trek. The additional strategic mechanisms open a whole new range of options for each move. Unfortunately, Federation Standard rules offer a major tactical advantage to whoever plays from the top board, in what is commonly referred to as the 'highest board' move. I won't go into it here but there's a good explanation on boardgame geeks:

Two other popular rule sets are Jens Meder's and the jedi smurf rules, both utilised in many computer versions of the game. These severely undermine the point of the overlapping squares as a piece on any level can block the path of any other piece.

To really explore the 3D space across all the boards, I recommend the World Tri Dimensional Chess Federation rules.

They make blocking harder as pieces may move along any path, provided there are corresponding empty squares. They are also more intuitive for 2D chess players.

You have grafics, or, pictorals, &, symbolics in, any 3d communications. ONEdemention is always simple "graphics." The other, 2 are "symbolics &, pictoral" because, it's a 3 D/demention, &, 3D conceptual design. THEREFORE, It's HOW your brain views the strategy, of, the game, as, a cube, OR, a flat surface graf, not, unlike "graff paper."

The 1 dementional is more "grafic" not, unlike a stick man represents a person drawing, to the mind. whereas, the 3D dementional is more "pictoral" &, the moves played, ARE on, more than, 1 level, in, one single move per, piece is highly "symbolic," in otherwords, I move here, &, below, & impose a pictoral, upon, the oponent, a 3d concept when, I start my piece moving, in a cube sphere.

The instantaneous pictures, create solid symbolics, in the shape of, posts, ladels, &, sides, which, in, turn, invisablly contains the Opponents piece's &, imprisons the moves, by the mere 3d design &, conceptual piece.

ALL the opponents moves are "symbolic" attempts, on, levels above, or, below, their pieces.

If, a pyramid, or triangle were 3 D conceptual design, INSTEAD OF THE 3 CHESS BOARD TRIPLE STACK, you cant move, or even leave the game, unless, you go outside, the invisable boundaries, or resort back into, the one demention flat "graphics" With no 3d conceptual design communications, because, AGAIN, In order, to play the game you must use "pictorials &, symbolics" in a 3d conceptual design, to communicate ALL your moves.
Theres no concept structure, In 1 demention, you just, keep playing in a flat 1dementional graphic, non-pictoral level, completely, w/ out any higher "symbolic" required thinking.

33
How do game designers come up with suggested (or minimum) age requirements for games?
15
How can I clearly detail all possible destinations from every point of the map in my game?
14
How have coop board games prevented a player(s) from taking over decision making