What game do these dice go to?

I remember that these dice went to a specific game that we played growing up. (I was born in '75.) But that is all I can remember! 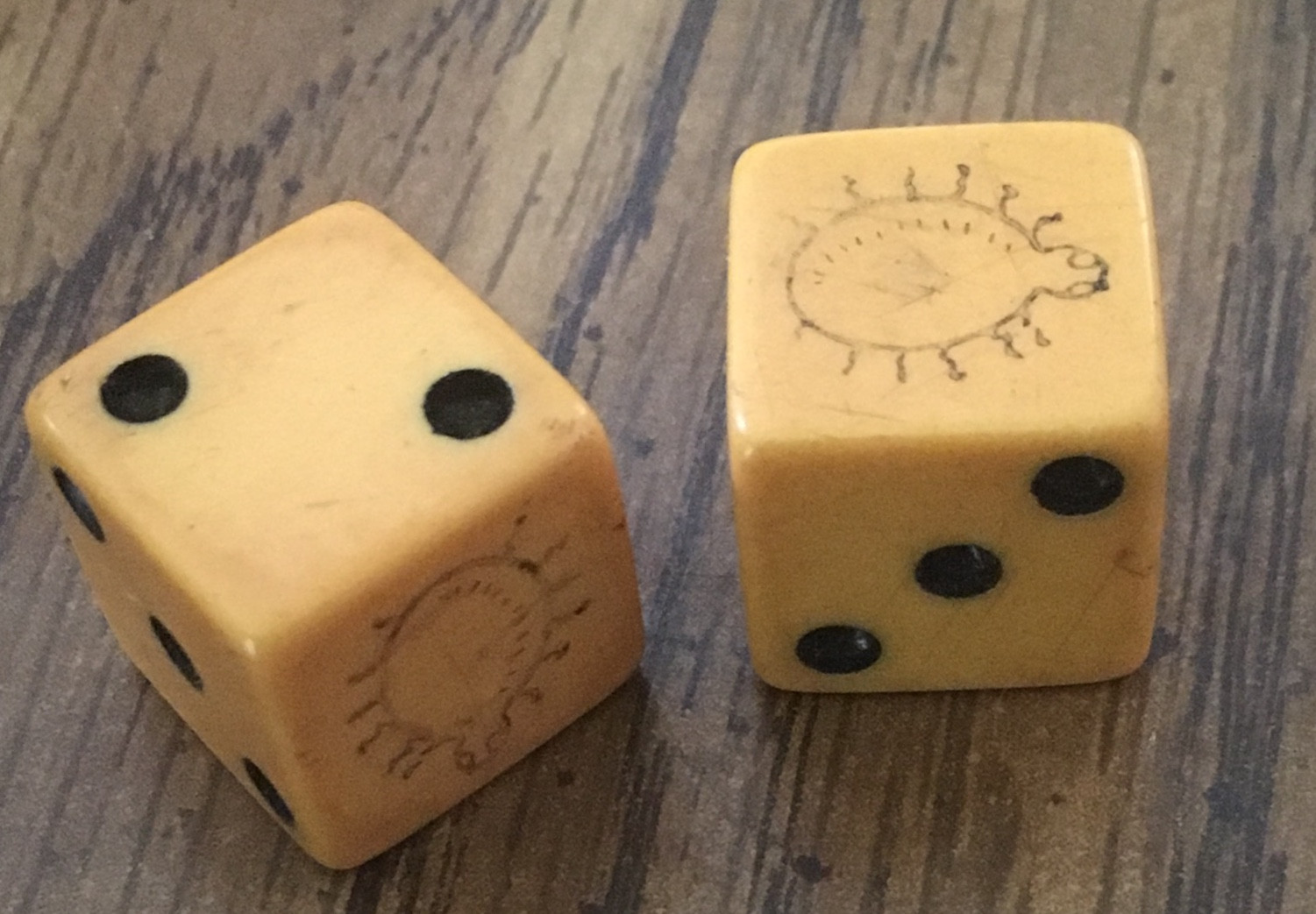 The dice appear to be from a game called Don't Bug Me, published in 1969/1970 by the Pacific Game Company (of California). 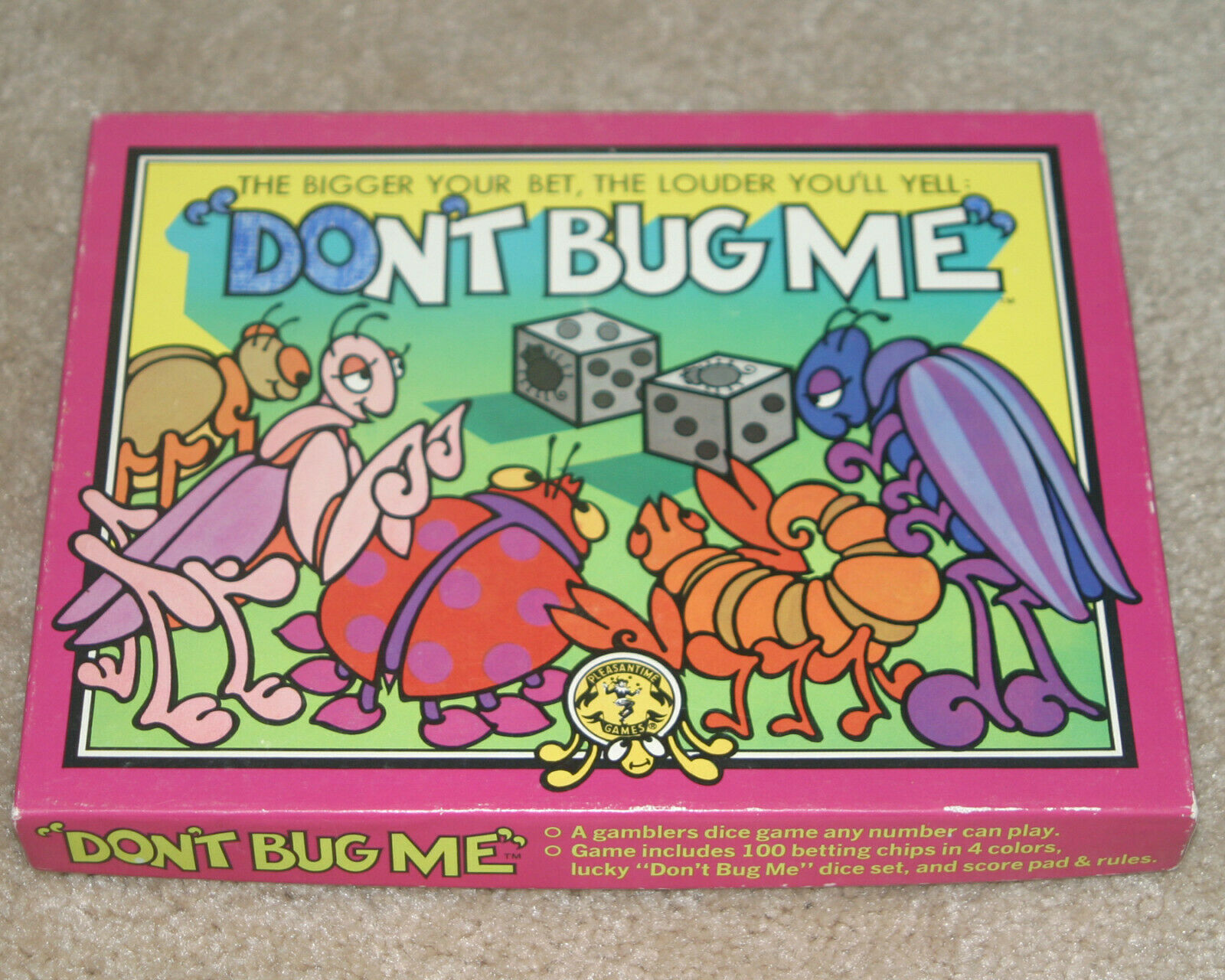 A look inside the box reveals a pair of dice with an identical bug on each die: 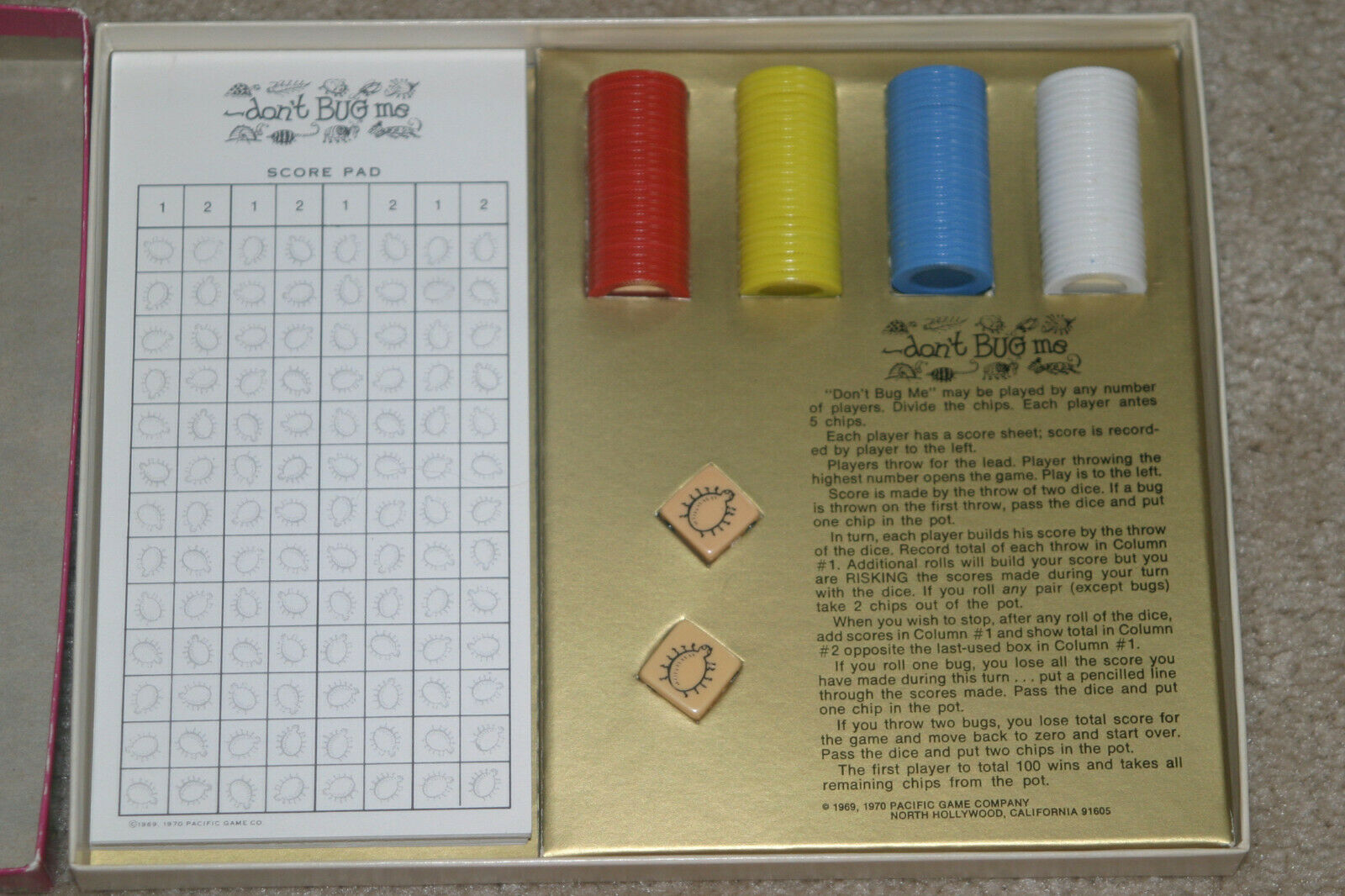 (Note that many other companies have released unrelated games under the same name too.)

The picture of a bug on the dice made me think of the game Beetle (also known as Beetle Drive). It's played by rolling a die, and drawing the relevant part of the beetle according to the number shown on the die. The first to complete their beetle drawing wins.

A comment below mentioned the game Cootie, which appears to be based upon the same idea, but using plastic parts to build a beetle. While the commenter recalls using a spinner, some editions included dice.

Here's one image from BoardGameGeek that has a similar coloured die (but doesn't show the "bug" face: 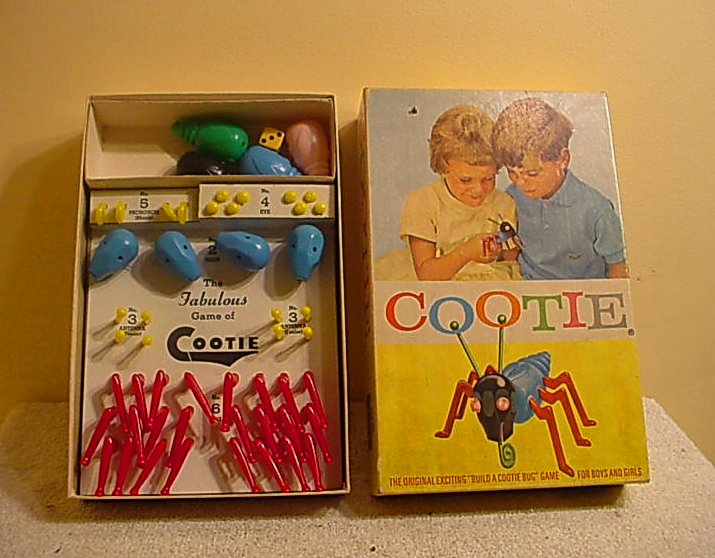 4
What game does this black die belong to?