How many adjacent intersections per harbor are available for trading in Catan?

Each coastal area including a ship has three adjacent intersections. Are all three valid settlement positions for trading, or only the ones with jetties?

Each harbor provides exactly 2 spaces where a settlement can be built to gain access to the harbor. Because they are adjacent, only 1 of the 2 spaces in each harbor can ever be used in the same game.

The image provided by Acccumulation is very helpful, and gives the correct answer. However, I would like to provide an image and rules quote from the third edition of the game, because I believe this clears up any possible ambiguity. To know that the image in the other answer is correct, you have to know that a "harbor" is actually one of the stone jetties drawn on the border; not one of the ships drawn on the border. 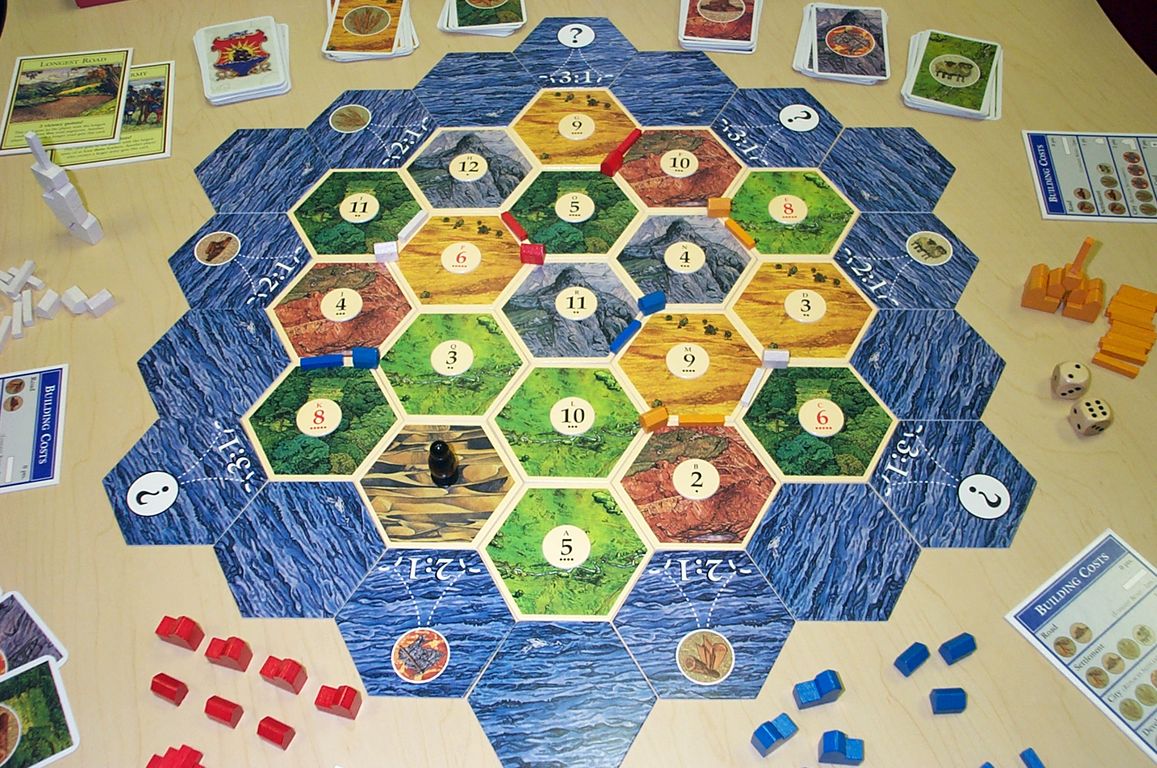 In this edition (which uses the same rules for harbors as the newest editions), it is clearer that each harbor has 2 spaces; because of the 2 dotted lines connecting the resource icon to the building intersections.

Also, in the setup rules for placing the harbors, it says:

This rule clarifies that the rotation of the harbor tiles is important, because only 2 of the corners of the hex actually count as harbor spaces.

The newer editions replaced these water and harbor hexes with a border, but the rules for harbors stayed the same.

HARBORS
Harbors allow you to trade resources more favorably. In order to control a harbor, you must build a settlement on a coastal intersection✹ which borders the harbor. See also “Maritime Trade”✹.

The harbor is on one side of the hex. There are only two intersections that lie on that side.

See this Reddit Thread , which contains a link to this image: 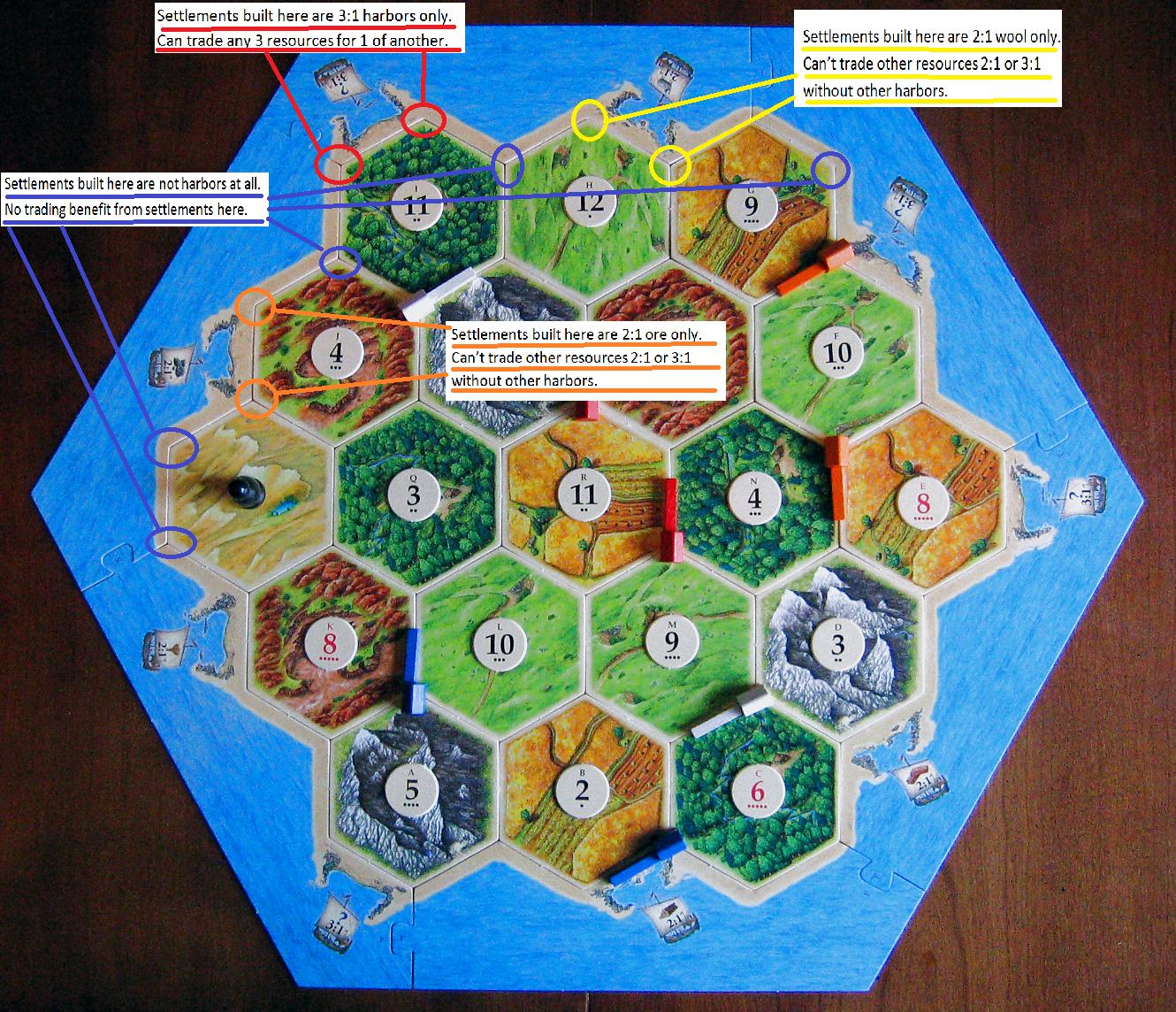 So, it seems like this is one of those things where everyone understands how this works, despite it not being explicitly mentioned in the rules, and it's only when someone actually bothers to ask that we all realise that it's not there (and, indeed, there's a chance that while everyone understands what the rule means, we don't necessarily understand it in the same way). I've tried to track down some older versions of the rules, but they're surprisingly hard to find, and hence I can only refer to the 5th edition rules (and the annotated 4th edition on BGG, which as far as I can tell is functionally identical).

As I hinted at in the above paragraph, it is not explicitly stated which way it's meant to work. However, those little jetties are specifically associated with the harbours, and if you look at the examples of how harbours work the images always show the relevant settlement sitting on one of the jetties, strongly implying that you only get to use the harbour for maritime trade if your settlement sits on a jetty.

Additionally, if you do find a copy of 3rd edition or earlier, you'll note that rather than using the jigsaw-like border and having the jetty image to denote where the harbour is located, the ocean is in fact made up of more hexes, some of which have the harbours printed on them (and those harbours have small markers on the corners to show where the harbour affects). If you're using that edition, then the fact that "intersection" is defined as the place where three hexes meet makes a lot more sense when it comes to the coastal spaces, and it also makes it much more obvious that you have to border the harbour hex to use the harbour for trading.

8
Are there good two player rules for resource trading in Settlers of Catan?
8
How many cards should be collected using the Mining Progress card?
29
What can I do to avoid being stuck being able to do nothing in Settlers of Catan?
9
Does the longest road need to have settlements/cities at endpoints?
8
Is it possible for a person to lose "Pirate Islands" Seafarers scenario before the game even starts?
2
Phases order in "Catan: Cities & Knights"
3
Is it possible to convert a settler ship into a settlement without moving and then build or is it considered a move?
1
Are there different "imperatives" for the four players when choosing starting settlements in Catan?