Quoridor rules when faced the opponent

I could not find an official rule that states directly what exactly to do when 2 pawns are face to face. It says that you can jump over it to go it's behind if there are no walls between the opponent and it's behind.

At this point it is not certain if we can also move diagonally whether or not the behind of the opponent is blocked.

Please check the visuals below (red is about to make a move): 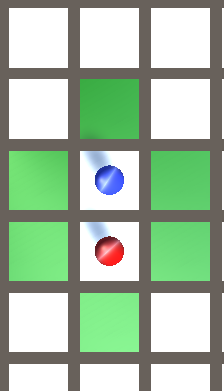 In the first one above, red can move diagonally and it does not care if behind of the blue player is blocked or not.

In the second one below, red cannot move diagonally because behind of blue is not blocked by anything (edge, other players, wall). 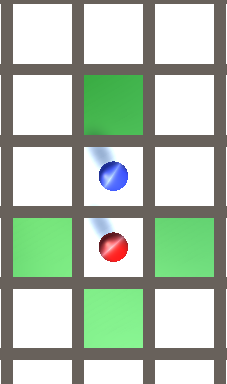 I have seen both usages but there should be 1 original rule. I do not want to use house rules. This is not directly documented in the original game. What do you think?

The 3rd one is interesting. It may solve the question or add another question.(because this time, the direction of the movement may be a parameter too.. Should diagonal-rule work only while going towards north or not..): 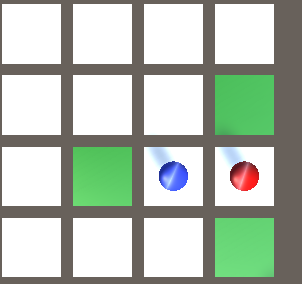 According the rules, You may only place next to the opponent's pawn (i.e. you may only "move diagonally") if there is a fence behind the said pawn. Note how the diagonal squares are not permissible destinations in figures 2, 3 and 6. Only when the oppenent's pawn is backed by a board (figures 8 and 9) is the diagonal move permissible.

As such, diagonal movement is not allowed in the scenarios in the question, so your first image is incorrect, and your second and third images are correct. 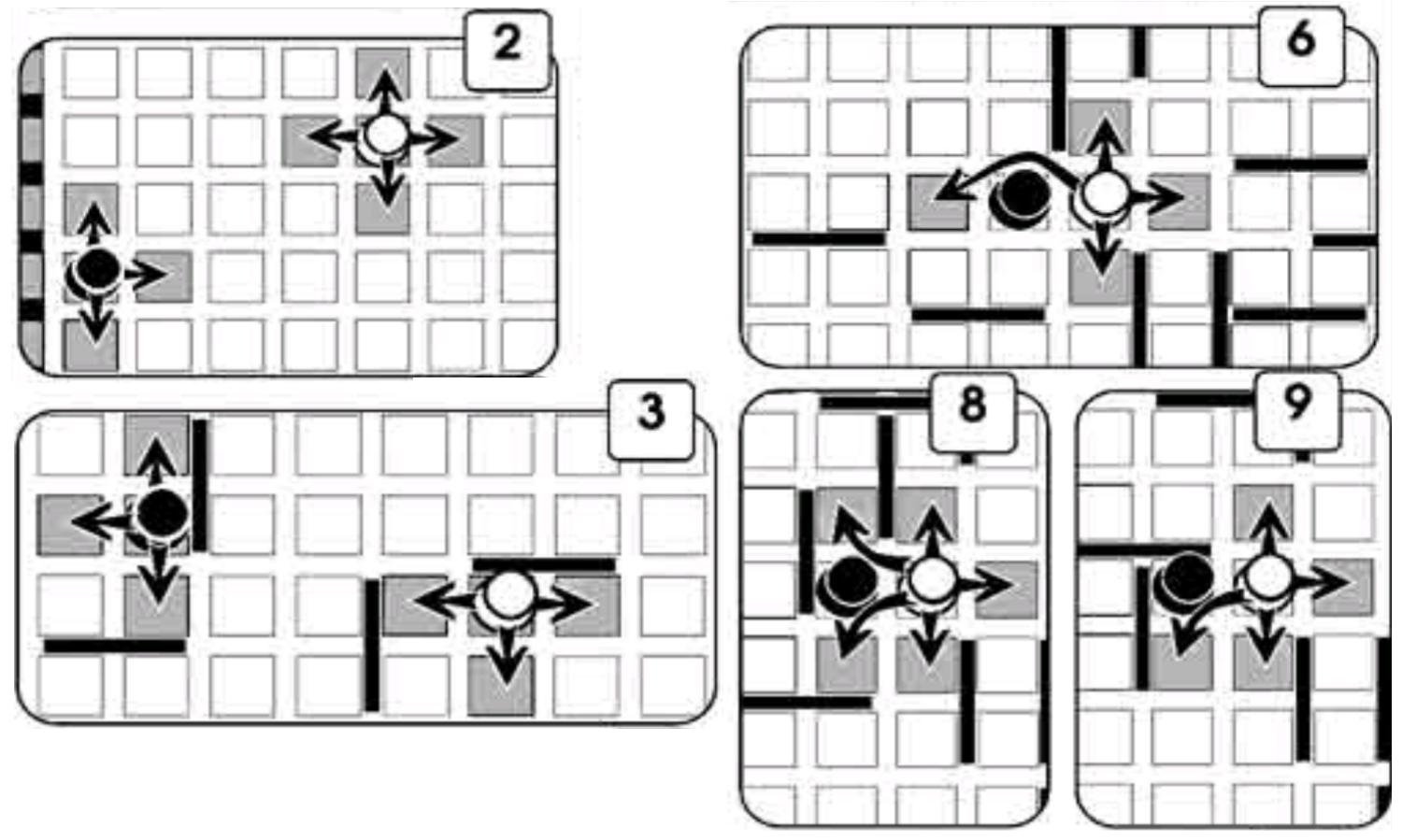 Pawns cannot move diagonally at all. The first example you give is wrong. The other two are correct. The first:

Has too many green spaces. Red can move orthogonally to any of the green spaces next to it, but not diagonally, or red can move the the square beyond blue.

Red could only move to the two squares beside blue if there was a wall behind blue. Technically this is an L jump, not a diagonal move (so: two spaces, each orthogonal, just like the normal jump in which both spaces are in the same line).

The second example you give is correct. The third example is also correct. I don't see what the extra issue is there.

Pawns can be moved to any space at a right angle (but not diagonally). If adjacent to another pawn, the pawn may jump over that pawn. If an adjacent pawn has a third pawn or a wall on the other side of it, the player may move to either space that is immediately adjacent (left or right) to the first pawn. Multiple pawns may not be jumped. Walls may not be jumped, including when moving laterally due to a pawn or wall being behind a jumped pawn.

I think the OP’s image 3 is incorrect - as long as it shows possibilities for the blue pawn. The red pawn is backed by the edge of the board to the east. The jump-diagonally rules look to be designed to provide a substitution to an otherwise legal jump when the destination square is not reachable - either boarded, or taken by another pawn. In the picture there is no available Square behind the red pawn - there is no board there. Consequently, there is no legal would-be jump in that direction for the blue pawn, and there is no substitution jump to be provided.

Not the answer you're looking for? Browse other questions tagged house-rules quoridor or ask your own question.

11
Alternative rules for SimCity: The Card Game
7
House rules for Crokinole?
6
House rules to reduce the game play time of Power Grid
2
Can a player choose not to move in Quoridor?
4
In a four person game of Quoridor, can a player be forced to pass a turn?
1
More four-player Quoridor shenanigans
5
Have there been revisions to the rules of Catan?
1
Missing rules: "L'ecologia" Clementoni
0
Could the Japanese player suffer anti-aircraft losses under the Midway reduction rules?