When will a summon/monster step on a trap?

Follow-up question to Which monster does the summon focus on? Long way around, avoiding traps, or get stuck behind a player?. 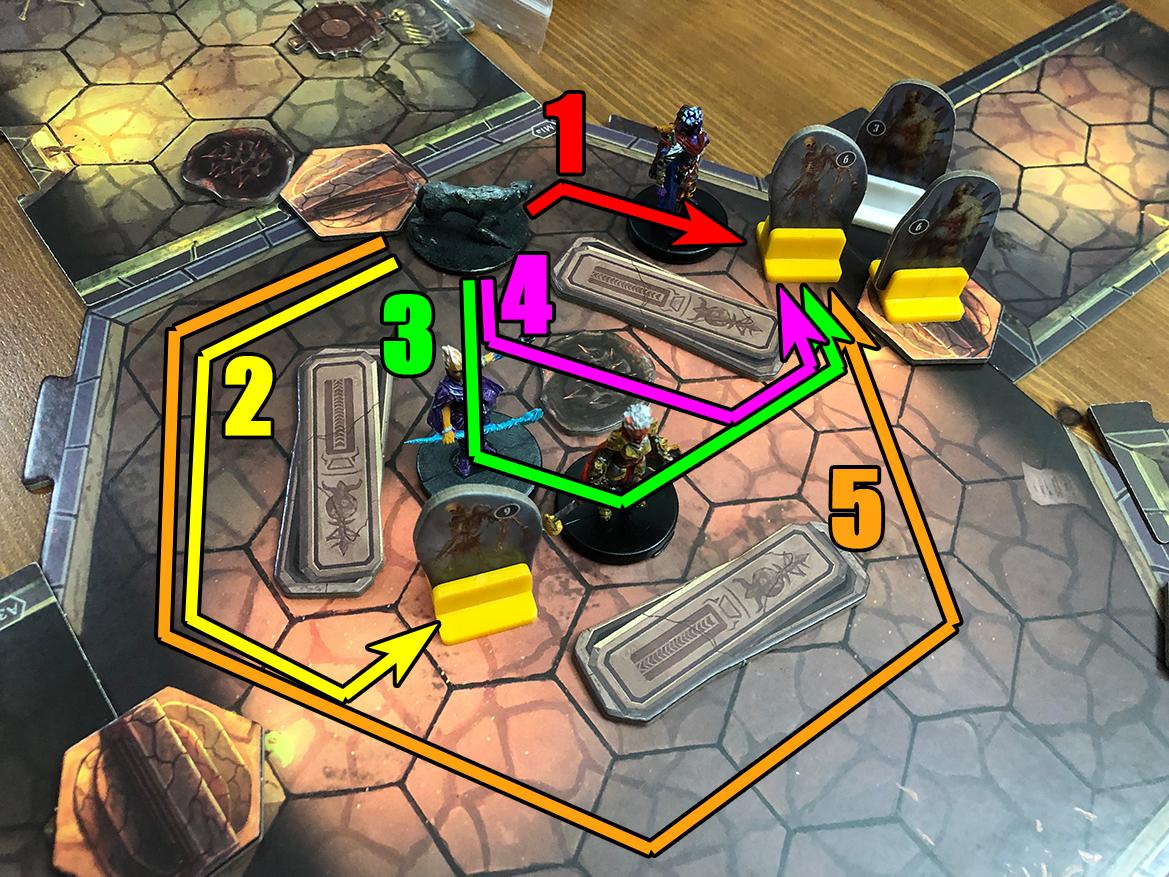 If I replace the first player on Path 3 with a trap... would the summon then focus on Bones 9 and take Path 2? My assumption is yes.

If I replace the first player on Path 3 with a trap AND put a trap on Path 2... would the summon then focus on Bones 6 and take Path 1? (getting stuck behind that player?)

Or would the summon focus on Bones 9 and take Path 3 stepping on the trap because all of the paths that could actually reach a hex from which to attack go through traps and so it has no other choice and takes the shortest path through a trap? If it does decide to walk through the trap and that trap would do enough damage to kill the summon, would it kill itself or would it go for Asimov's 3rd law and preserve itself?

For the first scenario:

The reason for this is that monsters/summons will treat traps/hazardous terrain as obstacles unless there is no other path. See the answer in https://boardgames.stackexchange.com/a/47856/20168 for more details.

If there was a trap on path 2, then the summon would take path 4 and step on the trap (assuming it had enough movement to do so). This happens regardless of whether the trap would kill the summon or not. I.E.

Not the answer you're looking for? Browse other questions tagged gloomhaven .

3
Which monster does the summon focus on? Long way around, avoiding traps, or get stuck behind a player?