Other "network building" style games, like Hackers and Illuminati? [closed]

Ask Question
Asked 11 years, 3 months ago
Active 10 years, 8 months ago
Viewed 2k times
11
As it currently stands, this question is not a good fit for our Q&A format. We expect answers to be supported by facts, references, or expertise, but this question will likely solicit debate, arguments, polling, or extended discussion. If you feel that this question can be improved and possibly reopened, visit the help center for guidance.
Closed 10 years ago. 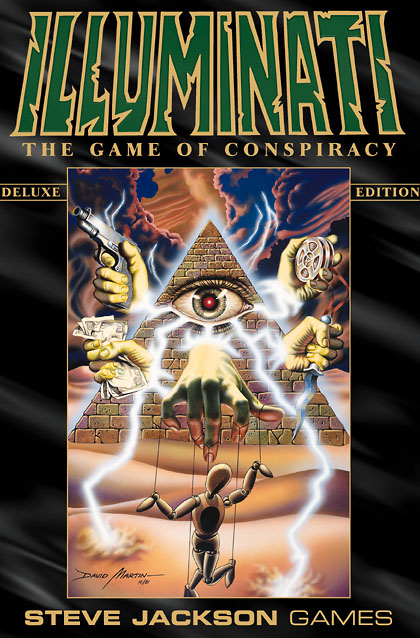 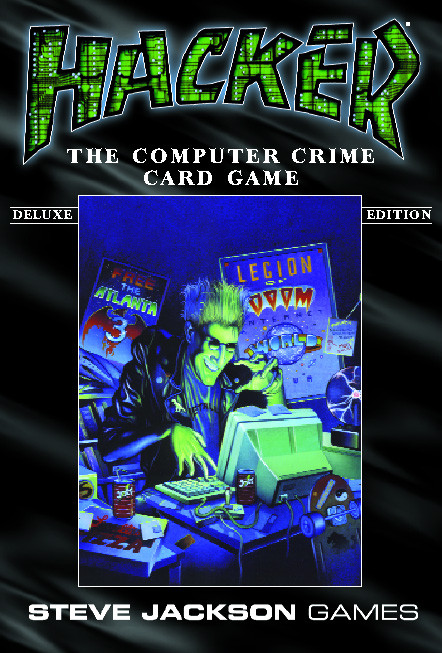 In these games (both from Steve Jackson Games) you build a network of cards you "control" over the course of the game. The main difference between the two is that in Hacker's, the "card network" is shared and in Illuminati each player has one (though you can steal pieces of other players').

Its kind of fun in and of itself to build up these insane networks (the flavor of the games helps alot too), so I'm wondering...

Are there any other (good, hopefully) games out there with a similar mechanic?

Carcassonne is a tile laying game where each player contributes to the same board while placing tokens to control different zones.

It is very easy to learn and there are a plethora of expansions that add a huge variety of different mechanics if you wish to make the game more challenging.

Oh! I was thinking about this for a while, and couldn't come up with many good games; I can't believe I missed the family of Icehouse games Zarcana, Gnostica, and Zark City.

Zarcana was, I believe, the second game ever designed with Icehouse pieces (or at least one of the very early ones after Icehouse itself). It is played with an Icehouse stash per person and a deck of Tarot cards, with each card having particular powers. At the beginning of the game, 9 cards are laid out in a 3x3 grid. As you play, you try to take control of the cards with your Icehouse pieces; some cards are worth more than others, and you can use the powers of cards you occupy or cards in your hand. Some of the powers, however, involve being able to play more cards, which must be connected to existing cards; or destroy cards, leaving an empty space with a power vacuum. Thus, a changing network of cards emerges, and people develop their own islands or peninsulas of cards to defend from other players.

Zarcana, as an early game design effort, had some problems. The rules were complex and fiddly, without the kind of consistency that allows them to be easily remembered. You had to refer to a rules reference all the time to figure out the power of the cards, or add stickers to help remind you. There wasn't much balance to the game; some cards were so much better than others that if you couldn't start on them you'd be at a significant disadvantage. And games would wind up with each person building out their own little territory, without much interaction from other players.

A group of players and designers (including John Cooper, the designer of Zarcana) decided to fix Zarcana, and redesigned it into Gnostica. The history of how and why they developed Gnostica is a great read for anyone interested in game design.

Gnostica became Zarcana on speed. Gnostica is more aggressive, interactive, strategic, consistent, clean, exciting, and fun. We would never want to go back and play Zarcana anymore. In comparison, Zarcana was too stodgy, tactical, inconsistent, fiddly, random, and difficult.

Gnostica is much more of a gamer's game, with more strategic possibilities, more intense competition, and streamlined rules. Not everyone was a fan of the redesign, however. Andy Looney, of Looney Labs fame, happens to like games that are somewhat more random, chaotic, and quirky, with quicker turns and lighter gameplay (as you might guess from his most popular game, Fluxx). He wrote a great essay on why he prefers Zarcana, which is worth a read to help figure out which game you will prefer.

Finally, to promote the 3HOUSE bundle, Andy Looney developed a game that uses similar mechanics of controlling cards on a changing grid called Zark City. Zark City is a classic Andy Looney design; simpler, quicker playing, and more accessible than Zarcana or Gnostica, with a larger amount of luck. It uses ordinary playing cards, instead of Tarot cards, which also helps make it more accessible.

The Zarcana family of three games, all related and all using Icehouse pieces, involve a connected network of cards with different powers, which change throughout the game, and which players control.

Phil Foglio's The Works card game: it forms a network of sorts; it's also not a great game.

Carcassonne (already mentioned by others) creates a network of interlocking features; most of the related games likewise require continuing a given feature across boundaries. one owns features on the map, said features spanning multiple tiles.

Entdecker is much like Carcassone, but with a more nautical theme. If one wants an island archipelagian setting for an RPG, it's a great map starter. One only owns islands.

Another family of games, that do involve constructing a network but in a slightly different way, would be Fresh Fish and Alien City (BGG).

I haven't played Fresh Fish, so I won't try to describe it, but Alien City has been described as an adaptation of it, as they share some of the same basic mechanics.

In Alien City, a game played with a Piecpack set and an Icehouse set, you build and claim certain buildings, while being required to leave a connected road network between them. At the end of the game, you score based on how many buildings of different colors are within two spaces, along the road, of your buildings, multiplied by the distance, along the road, to the nearest building of the same color.

These games are in some way the inverse of the mechanics described in the question; you are not building and controlling a network of pieces, but you are building buildings and the network is the negative space between them, that emerges as the pieces are placed. It's a fascinating mechanic, and it makes for a real brain-burner of a game.

Not strictly a network building game, but at least a positional game with cards: Catan Card Game, an example of which you can see here.

Not the answer you're looking for? Browse other questions tagged recommendations mechanics illuminati or ask your own question.

16
How does Rook compare in difficulty to other trick-taking games?
6
Does this dice mechanic exist in other games and does it have any drawbacks?
2
What board and card games have full-time professional players?