I’m in a diplomatic fix! 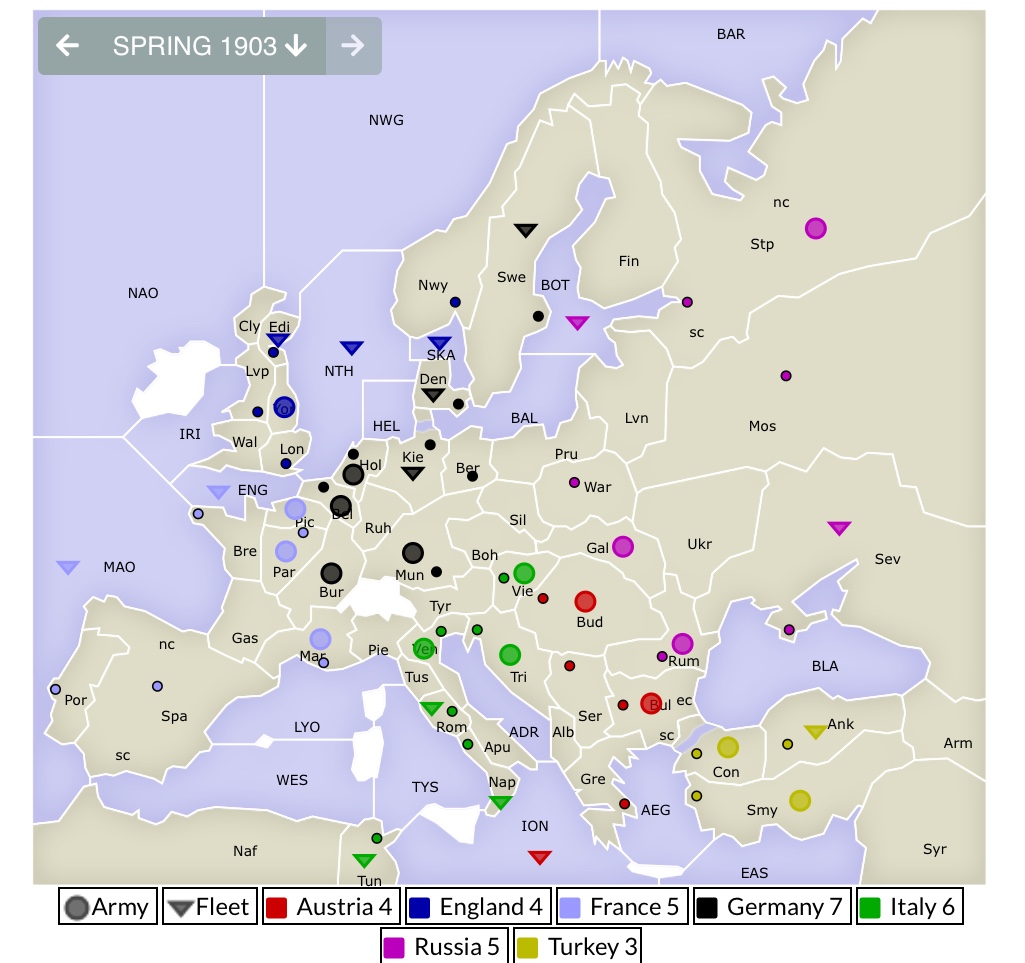 I’m England and as you can see I’m in quite a conundrum, I missed an earlier build period so was unable to supplement my forces and be in a better position. Me and France are allies however Germany and Russia are my enemies.

Russia has tried to be friendly, but I can’t trust it too much but I guess he might be desperate as he’s spread too thin. As England what are my best moves now?

I was thinking I should do move my fleet in EDI to NWG, convoy my army in YOR to NWY by way of my fleet in the North Sea and use SKA to support its move into Norway. There has been some friction between Russia and Germany (who are allies) so I can kind of assume that Sweden may not support Russia and the fleet in Denmark may move to the Baltic as it afraid of Russia doing the same. But this is wishful thinking.

Or should I attack Denmark and move EDINto NWG and the army in York to EDI so next time I can convoy it? But then perhaps Norway would be occupied that my support into Norway could possibly be cut off!

I’m trying to deal with the worst case scenario, diplomatic overtures haven’t garnered any responses yet. What should I do!?

Big picture, if Russia joins Germany, you're in trouble. Russia isn't spread thin at all: Turkey isn't doing anything, Austria-Hungary is dying, and you're tied up with the British; if Russia allies with Germany, there is no pressure on them from anyone. In that case, your enemies would have 4 fleets to your 3, plus an army in Stp that can take Norway, which means that you can stall but will eventually lose to pure numbers unless you can bring to bear other pressures on Russia + Germany. Let's examine options for those pressures:

I'm curious to see what happens. You should post an update in 1904.

2
Can a Diplomacy player pick and choose which unit to support?