Diplomacy: double attack on a region

Ottoman Fleet in Ionian Sea fails to move to Adriatic Sea due to a non important reason.

Ionian Sea is attacked by French and Ottoman, both with a force of 2. If there was no unit, it would be a standoff.

But Ionian Sea is already occupied by an Ottoman Fleet which failed its movement, making the region defended only by one.

The Ottoman player can't dislodge its own fleet with its force 2 attack.

Does the French player, with its own force 2 attack, can?

Asuming the other fields are not relevant, we have the following setup: 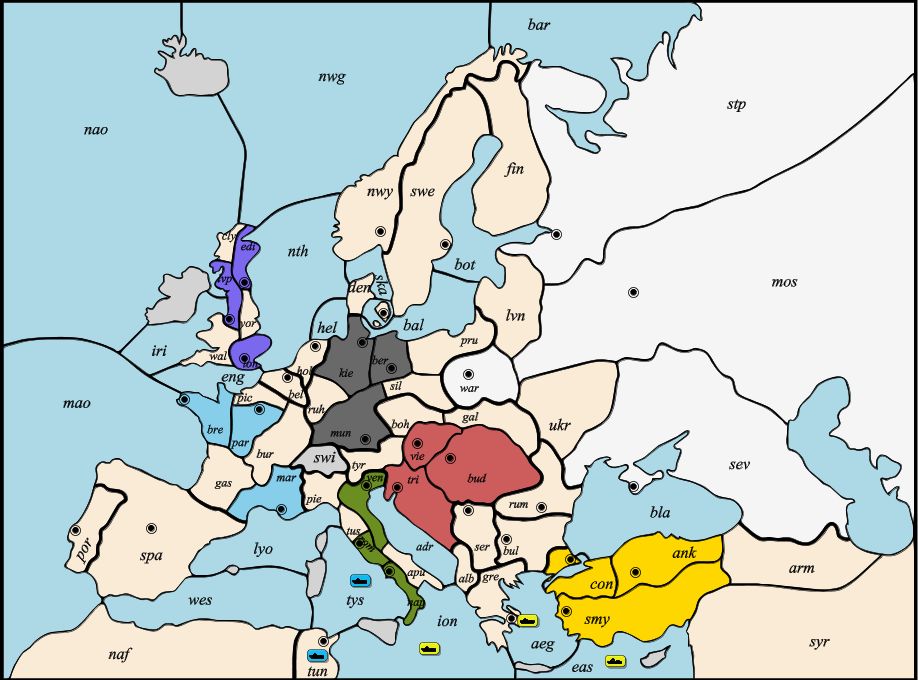 So no unit moves. Leaving the setup unchanged.

Note: if the move to adr did not fail both supported moves still block eachother and the single fleet in ion stays unharmed.

In that case, the result will be: 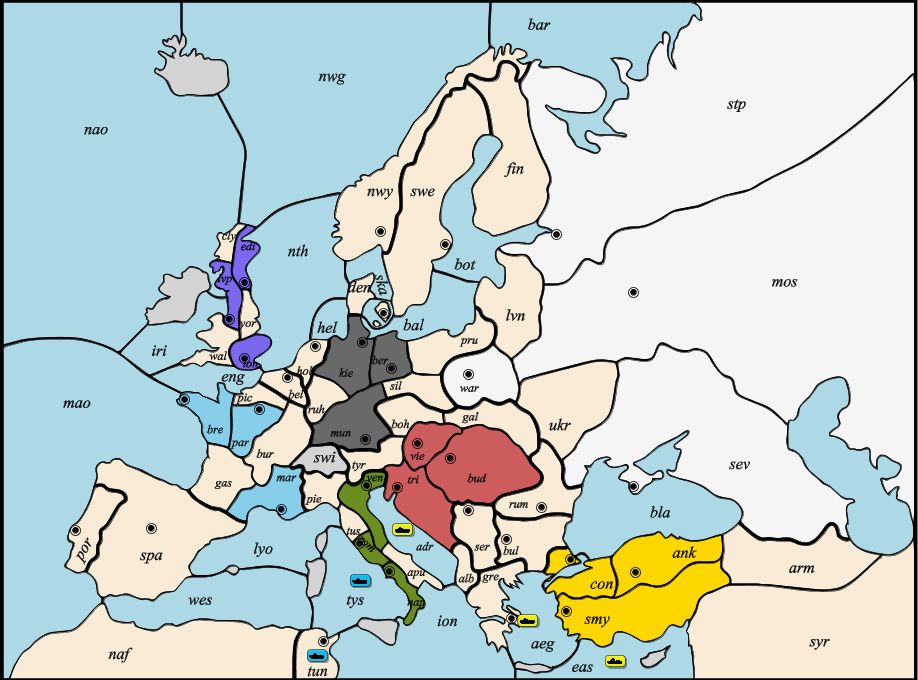 This situation is almost verbatim one of the examples in the diplomacy rulebook (the bolding is mine):

Diagrams 10 and 11 show two common standoff situations. In both cases, a strength of two meets a strength of two and all units stand in place. In diagram 10, if there had been a Fleet in the Tyrrhenian, it would not be dislodged by the standoff. (A standoff does not dislodge a unit already in the province where the standoff took place.) 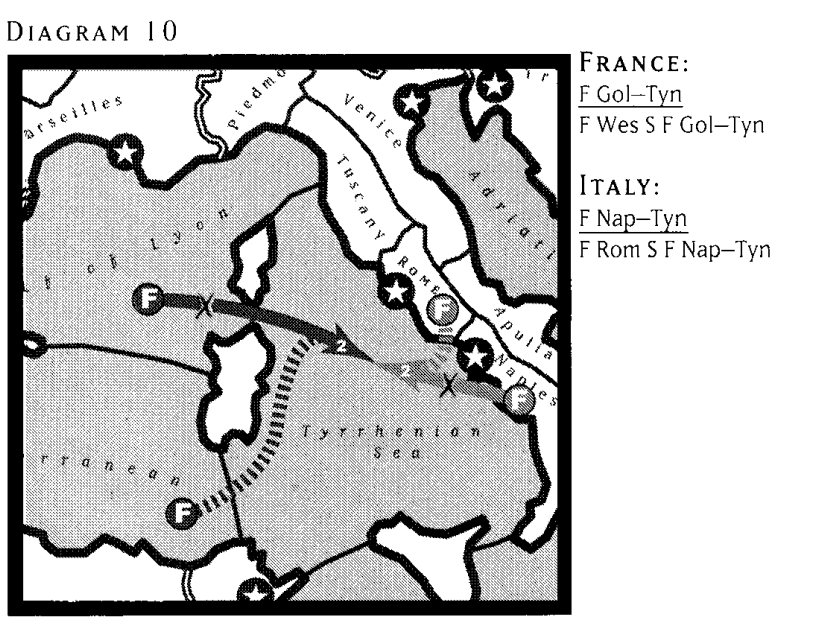 4
"Diplomacy" rule clarification, unit under attack
2
Diplomacy: What happens when two units attack each other with unequal support?
5
Diplomacy Support Question?
3
Play diplomacy offline
3
Diplomacy - Movement question
4
I’m in a diplomatic fix!
5
Diplomacy - failed attack
1
Diplomacy rule application
7
In Diplomacy, is it possible for an army to be convoyed by two countries if both write the appropriate orders?