Why did deathtouch not work against a double strike or first strike creature?

I am new to mtg, but I come across a lot of technical things that don’t make sense to me. One major thing that has infuriated me is why deathtouch doesn’t work when I block with it. I had Orzhov Enforcer and blocked with it against a Fencing Ace with a +1/+1 counter on it. It didn’t die though. My creature defended and dealt -1 damage which should’ve killed it, but didn’t. Why did this happen more than once with me.

There is another case where I dealt 2 damage with two 1/1’s against Tajic, Legion’s Edge and it did not die. The card says it prevents damage to other creatures you control not the card itself. So, why did it not die that time either?

In both encounters, the opponent did not have any enchantment, artifact, instant, whatever to prevent any damage or keep these two creatures alive. So, what is the deal? What am I missing? 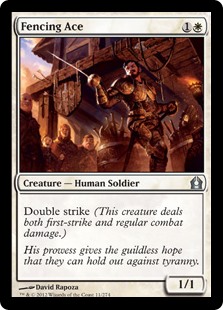 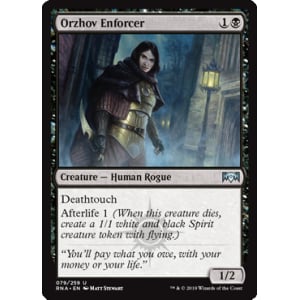 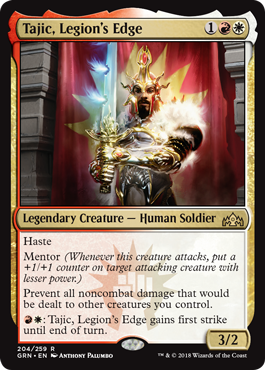 Fencing Ace has double strike. Tajic can be given first strike. That means they deal combat damage first, before your Orzhov Enforcer can, so the Enforcer's deathtouch did not matter.

Normally, when combat happens there is a single damage step after attackers and blockers have been declared. In a damage step, all combat damage is dealt simultaneously.

If a creature dies in that step, it won't be around for the next damage step to deal damage:

Also note that Tajic only prevents noncombat damage, i.e. only damage that was not dealt during a combat damage step, though it didn't matter either way for your question.

The rulings for deathtouch state (emphasis mine):

So the ability only has any effect, if a creature was actually damaged by the creature with deathtouch.

Following @Hackworth 's answer, both "Fencing Ace" and "Taijc, Legion's Edge" deal their damage in the "first strike combat damage step" before your "Orzhov Enforcer" has any chance to deal its damage. After that step, there would be the "regular combat damage step", but since your enforcer is already dead at that point, it won't damage the other creatures. Hence, deathtouch won't apply.