Can Adventure creatures always be cast from exile?

Throne of Eldraine will include 'Adventure' instant and sorcery subtypes, that are attached to a creature (or possibly just permanent) card. The reminder text says (Then exile this card. You may cast the creature later from exile.) 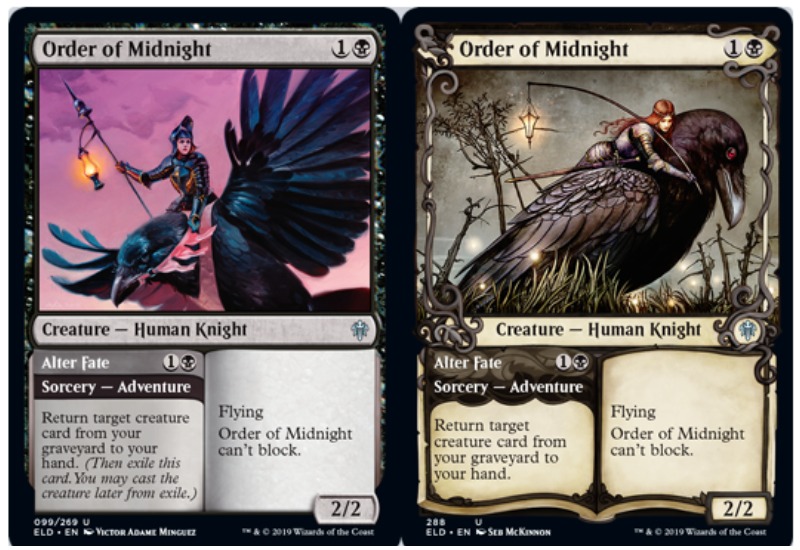 IE: Does the reminder text serve to remind that creatures attached to Adventure subtypes can be cast from exile, or does resolving an Adventure create an additional effect that allows you to cast the attached creature from exile?

Resolving an Adventure spell puts the card into exile and allows you to cast it from exile. If the card was not put into exile that way, it cannot be cast from exile. The Throne of Eldraine Mechanics Guide says this on the topic:

Not the answer you're looking for? Browse other questions tagged magic-the-gathering mtg-adventure-cards or ask your own question.

4
How does Hazoret's Undying Fury work with Aftermath cards?
13
Why do effects that exile a card from the graveyard use the characteristics the card had in the graveyard?
5
What cards can I cast from exile with Dream Pillager?
5
How will Gadwick remember the actual amount of X mana spent?
3
Does Fires of Invention allow adventure instant and sorceries to be played for free?
5
Can I cast adventures from my graveyard?
21
Can Veil of Summer force an opponent to target their own creatures with Swift End when Lucky Clover is on the battlefield?
7
Does Ashiok, Nightmare Muse's ult allow affected adventure cards to be cast as adventures?
10
Adventure cards and Feather, the Redeemed?