What does the Scrabble board look like in foreign languages?

What does the Scrabble board look like in foreign languages?
I recently saw a 19x19 Scrabble board, which might be used in German, but I'm not sure.

The main difference between the different language variants of Scrabble is predominantly the letter distribution and values, the board dimensions always stay the same.

There are however a number of non-core variants of scrabble that have boards with different dimensions, including Super Scrabble with a 21x21 board and Scrabble Junior with 11x11, 13x13 and 15x15 variants.

In addition to these official Scrabble branded variants, there are also a few non-Scrabble games like Scrabeo or Slovodel that look similar, but have different dimensions (17x17 for Scrabeo, 16x16 for Slovodel).

As it was in a different language it's entirely possible what you saw was a competing game, rather than a Scrabble game.

What changes are letters and letter distributions:
https://en.wikipedia.org/wiki/Scrabble_letter_distributions

Welsh is a notable one: 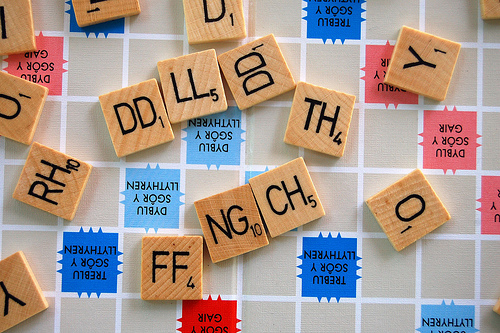 Edit: A 21x21 board apparently exists and seems to be a licensed variant of the game: https://en.wikipedia.org/wiki/Super_Scrabble 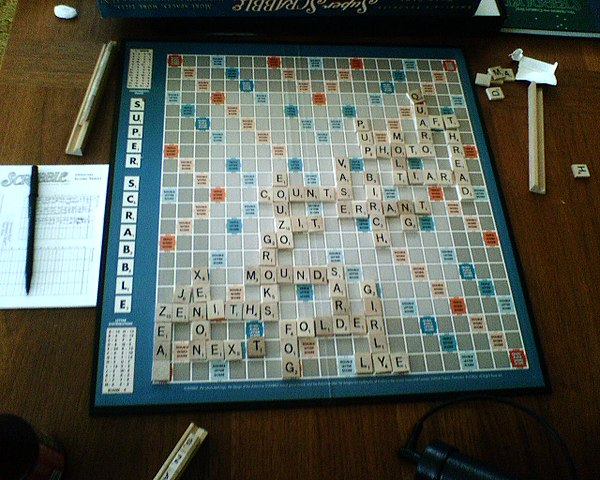 My Aunt gifted me a Dutch Scrabble game many years ago. The board was identical to the English one - but the letter mix was very very different: 20 "E"s instead of 12 and 3 "Z"s worth 2 points each rather than 1 of 10 points.

I suspect that you happened upon a double-board. 15^2 = 225 and 19^2 = 361 so that board had almost twice as many squares as the standard one. Removing a small number of agreed letters from a double set would have made a quite playable game with a greater skill-to-luck ratio than the standard.

7
Which Electronic Scrabble Games / Platforms Offer The Hardest Computer Opponents?
8
Computer Scrabble UI & communication protocol?
21
How is the board game version of Words With Friends different from Scrabble?
3
Online Scrabble-like game with play-ahead feature?
6
How can I best assess the quality of a game of Scrabble?
31
Does Scrabble allow playing words which contain diacritics in their original spelling?
27
Has it ever been an official rule that I have to demonstrate knowledge of what a word means in order to play it in Scrabble?