What's this board game with an old radio and some country flags on it?

This is the boardgame in question. What is it?

The capital cities listed are Paris, London, Brussels, Berlin, Rome, and Vienna. There's a number of spaces that say "Tune" and it appears to have an old AM radio in the center. 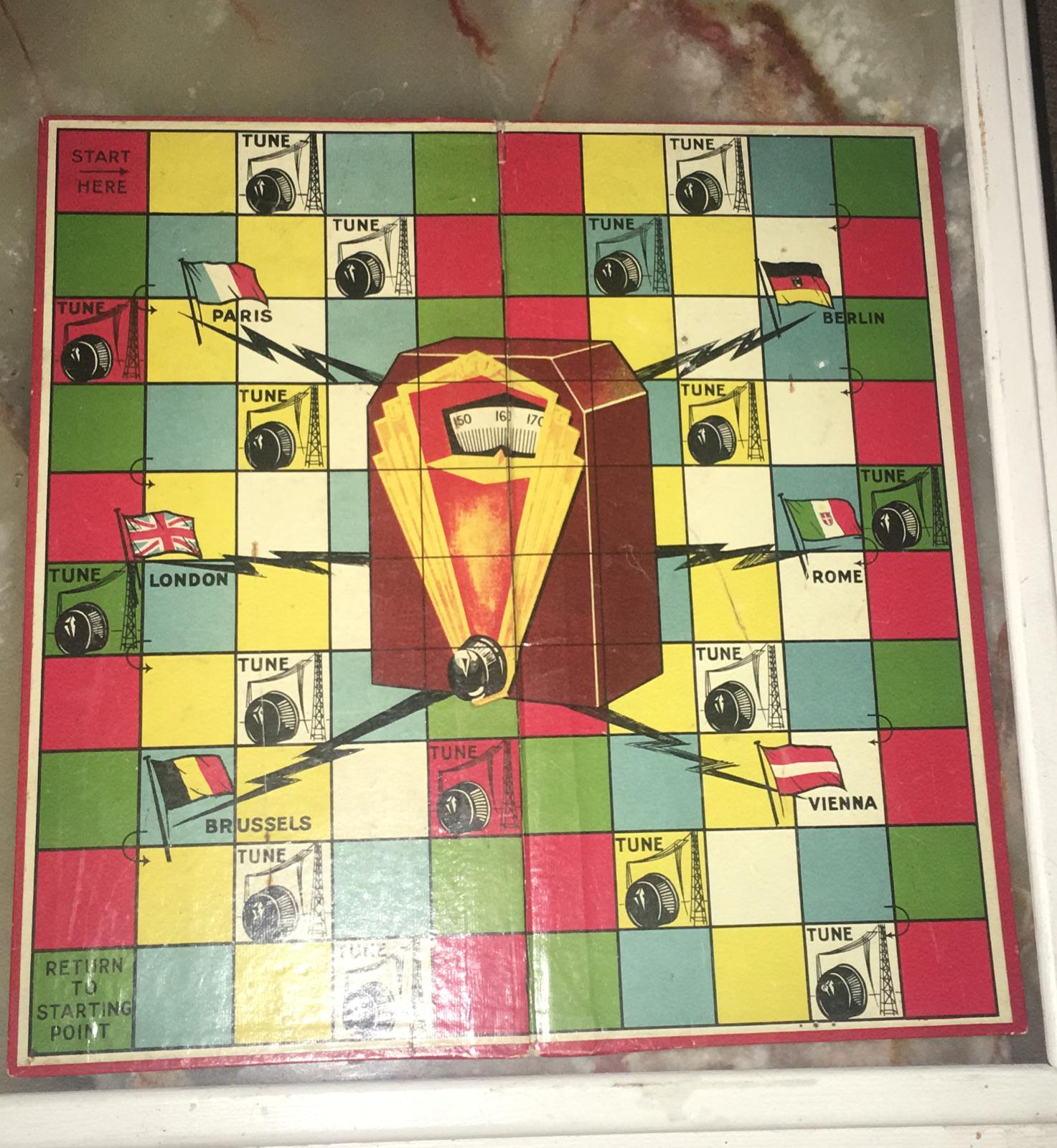 Must be a specific version of the Radio Broadcast Game: https://boardgamegeek.com/boardgame/159448/radio-sende-spiel

While the images on boardgamegeek show slightly different boards, your board has the same features: namely exactly 100 spaces and old wartime flags for Germany and Italy. So the description fits perfectly and it must be some version of this game:

"This is a simple roll and move game with the objective of touring wartime Germany and being the first to reach the final (100) space.

However, the primary objective of the game was to encourage both patriotism and obedience to wartime rules, specifically the prohibition on listening to foreign broadcasters.

When landing on domestic transmitter spaces, the players must carry out certain actions: sing a ditty, send a message, make a weather report or sing a military song. But if they land on a foreign transmitter space, they must exclaim "I have committed a criminal offense", pay a pfennig into the pot and go back to start. Worst is if they land on London's transmitter, when they must shout "God punish England!" and pay 5 pfennig into the pot as well as start over. The pot is taken by the winner."

Not sure where you found this but the game is likely quite old (like 50s or so), I'ld like to own a copy of that if you're selling :)

9
What is this tile-based game?
8
Help identify old advertising card game
4
What is the actual name of this card game similar to Go Fish, but with teams and complications?
7
Identify this game - 4X board game between 2000 and 2010
6
Name of a board game with a world map and an airplane traveling to different cities
4
Game with many black and white pieces and 3 red
14
Identify this space combat game with a letter based ship architecture
12
Help me identify an old family board game (from memory)
7
What is this game involving white disks, fish, and wavy pieces?
6
What's this old board game set in a village with yellow and red roads?