If a Planeswalker in Magic the Gathering wasn't Legendary when it was printed (before Dominaria in 2018, e.g. Liliana, Death's Majesty), would you be allowed to have two of that same Planeswalker card in gameplay? 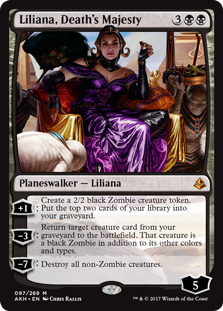 No, because even if it's not printed on the card, they're still Legendary due to errata:

If you look at the Oracle text of Liliana, Death's Majesty, it says

instead of just "Planeswalker — Liliana" so it is legendary and you can only have one of her in play. But there could be newer planeswalkers printed in the future which aren't legendary, and of those you would be able to have multiple at the same time.

A few currently existing options to make non-legendary or at least multiple copies of planeswalkers (thanks to @AlexP and @ArcanistLupus for the suggestions):

You can have multiple planeswalkers in play as long as the card name is different. For example: Garruk, Cursed Huntsman and Garruk, Wildspeaker. I choose Garruk because of the new card from Throne of Eldraine: Garruk, Cursed Huntsman. His first ability says create 2 wolves with when a created wolf die you put a loyalty counter on every Garruk in play.

As far as I know, the only way to use two of the same Planeswalker at the same time is to duplicate it with Spark Double or a card with similar effect.

Not the answer you're looking for? Browse other questions tagged magic-the-gathering mtg-planeswalkers .

19
Are cards of the same "rarity level" really equally rare in MTG?
21
Does Doubling Season affect planeswalkers?
9
Can older cards that refer to a player/opponent ever be used on planeswalkers?
16
Why do double-faced planeswalkers from Origins get exiled before being transformed?
9
How to deal with Legendary tokens?
4
(Dominaria Spoilers) Can the new buy-a-box-promo card deal damage to Planeswalkers?
4
Planeswalker Infinite Ultimate Combo
6
How many of a legendary card should I be including in my deck?
1
Does Spark Double on Muldrotha allow for additional plays from the graveyard?