How can I improve my Chandra, Acolyte of Flame plus Cavalcade of Calamity deck?

Currently I have a mono-red deck built around the synergy of Chandra, Acolyte of Flame and Cavalcade of Calamity. I'd like to improve the deck but I don't have the deck building chops. Most of the good ideas in the deck were stolen from other versions of the deck that beat me up. The current deck list is:

The break-out's shown in MTG Arena are: 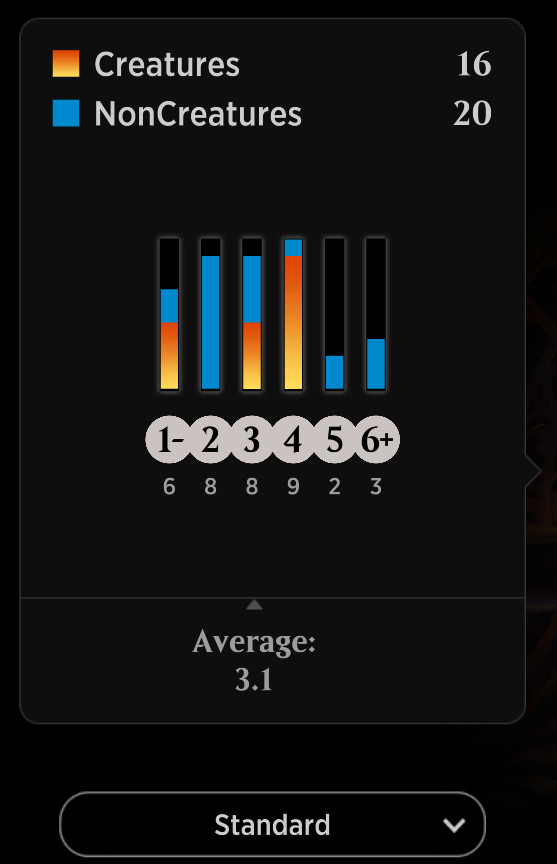 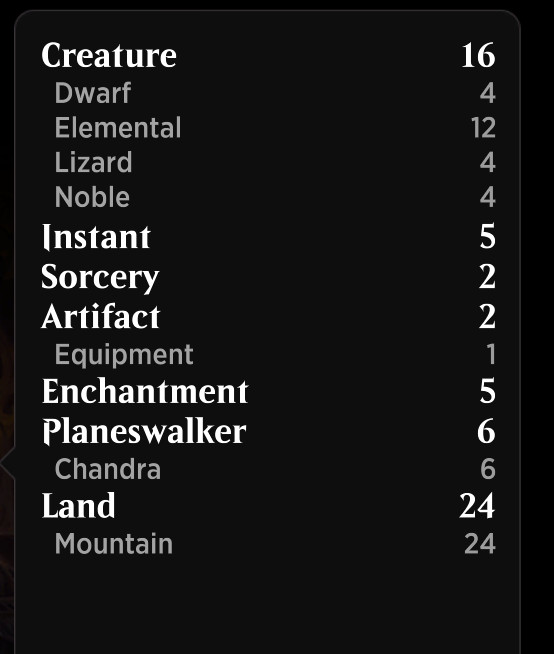 Some things I've considered include:

How do you think I could improve the deck? The best answers will include details as to why they're making the suggestions they're making so I can improve my deck building skills.

If you're playing with Cavalcade of Calamity you must go aggro - full out aggro. It's very weak if you're not being aggressive. Consider: if it's turn 6 and you're playing cards like Chandra, Awakened Inferno, Cavalcade is going to be sitting there doing nothing. Cavalcade is only useful if you're attacking, and by extension that means you must play aggressive creatures. Your curve needs to start at 1 mana, and in turn that means you can't run many expensive cards.

You should remove these:

Cards you should run:

I play the Cavalty/Torbran deck and had a lot of wins with it. The problem in my opinion with your deck is inconsistency. A lot of 1 or 2 offs of cards wont help you with consistency. In my eyes you should make your deck faster (more aggro) as a red deck should be.

I would lose the Chandra's Pyrohelix, Chandra's Regulator, Scorching Dragonfire, Leyline of Combustion, Chandra's Flame Wave, Embercleave and the Dwarven Mines. As mentioned before 1 Leyline and/or regulator isnt going to do anything, and run more of it makes your deck to slow. The burn spells are outclassed by the simple Shock,(so i would run 4 of those) and skewer the critics. (3-4 as see fit) Embercleave and dwarven mines are buffing your 1 power creatures and that is something you dont want in the Cavalty of Camality deck.

Chandra, Flame's Fury and Chandra, Awakened Inferno I am not a fan of in this deck (to slow/high on your mana curve.) But can be included if really wanted as finishers.

There is al lot of room now to add things to the deck. So after adding the staple burn spells (shock and skewer) I would add a lot of good 1 power creatures, or something that makes them. As you mentioned, Legion Warboss and Krenko, Street Kingpin are a perfect fit in my eyes. 4x Legion Warboss and 2/3 Krenkos will do. They create a lot of 1/1 goblins which even if only attacking will do dmg thanks to cavalty. Also Fervent Champion is nice to have 4 of. Haste and first strike on a 1/1 1 mana creature screams aggro. I myself do like to add Tin Street Dodger as an evasive 1/1 creature with haste, but this one is up to debate.

So you should end up with a wave of 1/1 creatures (with haste) that already do damage on attacking through Cavalty of Camality, Burn spells and all this damage will be buffed by Torbran. And in the later turns you are prepared with some effective card draw.

(edit) I confused the dwarven mine with the red castle. This makes it even worse in my opinion. Dwarven mine is to slow, you cant have that you play dwarven mine the first 3 turns

I also play cavalcade, and I note that you don't have Lava Coil or Heartfire for removal, a playset of at least one of those (or Skewer) are necessary adds. Other than that, Light up the stage, shock, tin street dodger, torch courier are all good options. Cut pyrohelix, regulator, dragonfire, leyline, flame wave, embercleave, awakened inferno, and flame's fury. Cut the 4 dwarven mines and add 3 or 2 castle embereth, you don't need 24 lands in this deck. Maybe 22, 19 mountains and 3 embereths?

Not the answer you're looking for? Browse other questions tagged magic-the-gathering deck-building .

51
How can I improve my deck building skills?
0
How can I modify an existing deck for a wide-open environment?
4
How can I improve a Zombie deck to work faster?
10
How can I beat green Tron with a control deck?
5
How can I make a fast, MTG Modern Glimpse-based mill deck?
8
How can I protect my tron deck against Crumble To Dust
8
How can I efficiently build a deck from a box of random cards?
10
When a card modifies how many copies of that card a deck can have, does that affect the sideboard?
8
Can Chandra, Acolyte of Flame cast Heartfire without the additional cost?