For Star Realms, what's the appropriate ratio of Wealth-per-Card-per-Faction?

I have lots of cards for Star Realms (2 decks of the standard game, 1 expansion deck), and I'm trimming everything down to fix balance issues and the overall deck size.

What is the ideal curve that should be used?

E.G. Should Blob have a limited amount of early-game Trade to force players into splitting off into other solutions that have less late-game potential?

By 'ideal', I'm referring to any mention of this topic from the developers, common trends of the various sets, or reasoning from experienced players.

Alright, so I found google docs with cards, added some more data concerning base sets and made a diagram with it. I used a sophisticated formula of counting only half of the trade from ally and scrap abilities and counting optional abilities as full trade.

Here are some diagrams I came up with: 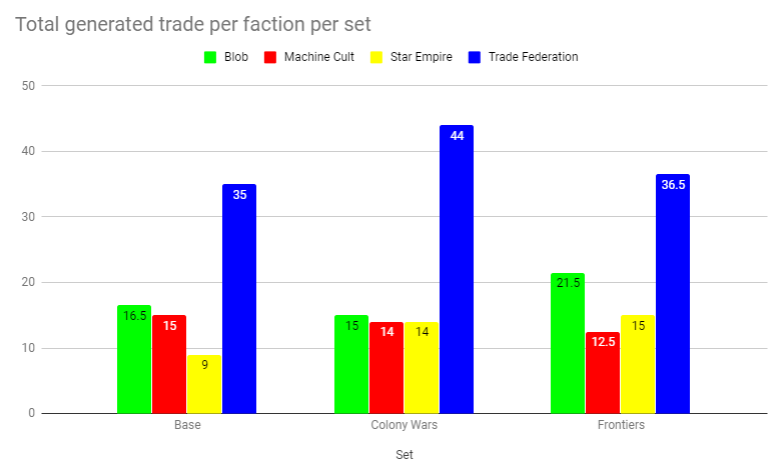 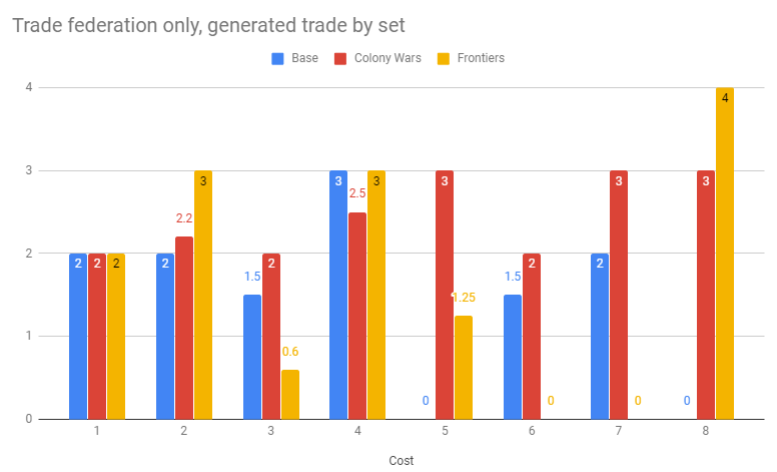 This one shows generated trade by card costs, I didn't do other factions because they only have trade-generating cards up to a cost of 4 (with a single exception).

Not the answer you're looking for? Browse other questions tagged deck-building balance star-realms or ask your own question.

1
Model Decks for Game of Thrones The Card Game?
6
Would it matter if I mark a Star Realms deck on the front?
6
Are there any rules in Star Realms for when you have no deck?
5
Star Realms: scrapping a card in your hand