Can I use the Power Grid Expansion “Northern Europe / United Kingdom & Ireland”? 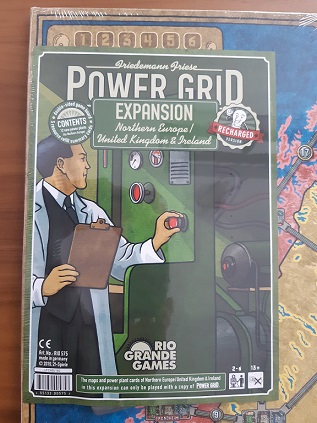 I just bought the Power Grid expansion pack Northern Europe / United Kingdom & Ireland. If you look at the photo, you will see the label Recharged Version and, at the bottom, you will see the following warning:

The maps and power plant cards of Northern Europe/United Kingdom & Ireland in this expansion can only be played with a copy of Power Grid.

I have Power Grid 2004 from Rio Grande Games. Will I be able to use the extension with my copy of Power Grid , or will I have to buy Power Grid Recharged. It's still shrink-wrapped, so I could return it if necessary.

You can use the expansion with your existing copy of Power Grid,
with one caveat: the backs of the power plant cards have changed, which means you need to shuffle the deck while both the fronts, and backs are hidden when using the Northern Europe part of the expansion.

If you chose to use only the United Kingdom & Ireland part of the expansion no adjustments are needed.

Not the answer you're looking for? Browse other questions tagged power-grid or ask your own question.