Q:Who is to activate Singing Bell Strike's ability? Who controls this Aura? [duplicate]

Ask Question
Asked 1 year, 9 months ago
Active 2 months ago
Viewed 232 times
-2
This question already has answers here:
Who controls negative enchantments? (1 answer)
What happens to enchantments that are attached to creatures when the creatures are returned to your hand? (1 answer)
Closed 1 year ago.

Singing Bell Strike is, in my opinion, a really peculiar Aura, from the point of view of ruling's exceptions.

While the controller of the Aura remains the one who cast it, it is also true that the ability granted to the enchanted creature can be activated by the creature's controller only.

What happens, then, if after casting Singing Bell on an opponent's creature, I cast River's Rebuke, choosing the opponent controlling a creature enchanted by Singing Bell

Although i think the correct answer is 2,I question it just the same because it is not easy to entangle like others. This question is different from others, in the way that a beginner may do not understand that paying the activation cost of an Aura placed on an opponent's creature does not mean that the Aura's controller is the opponent itself. There is a point in the rule 303.4e :
-"Only the Aura’s controller can activate its abilities" -
that can be read in ways that lead to bad interpretations of this situation, and this in my opinion should be clarified.

Your opponent controls their creature, you control your Aura. If you cast River's Rebuke, their creature will leave the play field, and your Aura will go to the graveyard as a state-based effect:

In most respects, Singing Bell Strike isn't that much different than, say, Pacifism. If you played the Aura, you control it, no matter who controls the enchanted creature:

The rule then goes on to distinguish between two types of abilities:

Other Auras, however, give an activated ability to the enchanted creature. If you want, think of this as adding text to the rules box of the creature:

Check out the difference in wording between Dragon Breath vs Dragon Mantle: 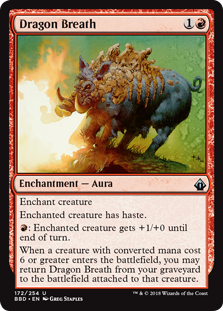 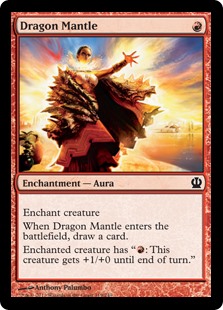 If you play either on your own creature, then their "pump" +1/+0 abilities work (pretty much) the same. But if you play them on your opponent's creature (or, more likely, if you play it on your own creature, then your opponent gains control of your creature with the enchantment already attached), they work differently. For Dragon Breath, only the controller of the Aura can pay to pump up the creature. For Dragon Mantle, only the controller of the creature can pay to pump it up.

I even found a single card with an example of each. Check out Ocular Halo: 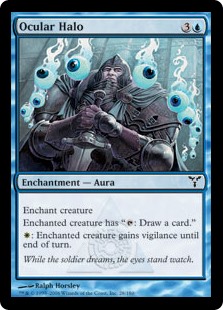 If your Ocular Halo ends up on your opponent's creature, then only they can tap the creature to draw a card, and only you can give it vigilance.

So per your original question, this ability discussion doesn't change the controller of the Aura or the creature, so if all your opponent's permanents leave play, your aura will be left enchanting nothing, and will go to the graveyard.

River's Rebuke on your opponent does not return your Singing Bell Strike to anyone's hand. It will go to your graveyard as a state-based action.

State-based actions are checks that the game performs automatically whenever a player would gain priority. One of those checks is whether an aura is attached to a legal target. If it isn't, it goes to its owner's graveyard.

You would still control the aura, even though it was cast on the opponent's creature and confers an ability to that creature. Therefore, when River's Rebuke is cast, targeting your opponent, Singing Bell Strike will no longer have a valid target and will therefore go to your graveyard. (303.4c)

Your stated rule, 303.4e, seems consistent with this.

10
What happens to enchantments that are attached to creatures when the creatures are returned to your hand?
2
Who controls negative enchantments?
9
Can you sacrifice a permanent you don't control when explicitly allowed?

7
When I gain control of a creature, do I also gain control of any auras or equipment attached to it?
11
Can you cast an instant damage spell between first strike and normal damage?
0
If someone casts an aura on my creature, do I still control the creature?
30
Two players would gain control of a creature after it dies — who does?
14
Which spells or abilities are affected by things that care about targeting?
4
What happens if one of the targets of Role Reversal is enchanted by a spell that changes its controller?
7
Can doublestrike kill a creature with totem armor?
2
Can I respond to the mana payment for Oppressive Rays?