Identify a fantasy board game from the 90's

I had a game in the 90s when I was a kid. These are the traits I remember:

Unfortunately, that is all I can remember. I played it in the late 90s, but I am from Ukraine so it might have been issued earlier than that.

Thank you in advance for your help. 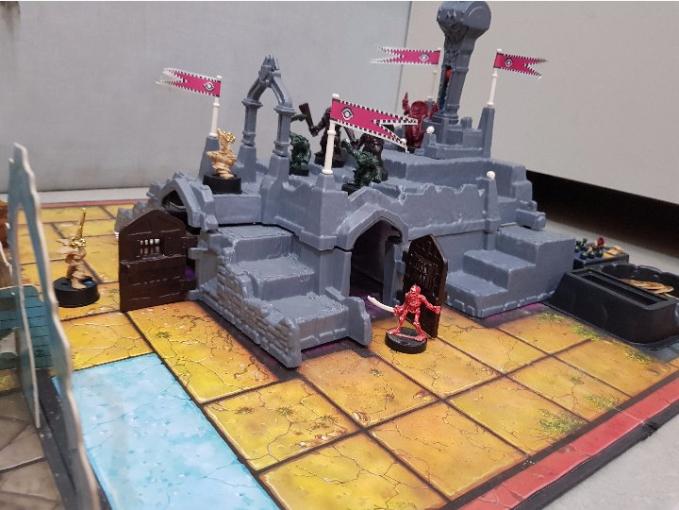 After a while, I have found this game on the internet. It is called Secrets of the Dark Lord.

It was released in Russia in 1999, and I doubt that it was localized to other languages and exported to non-russian speaking countries.