I played a Halley's Comet themed game in 1984 that was called Constellations. I've only been able to find it on Ebay so far: https://www.ebay.com.au/itm/Vintage-Game-Circa-1984-Constellations-Darryl-Hemsley-Adelaide-Basket-Range-/382983024814. I can't find it on Board Game Geek. 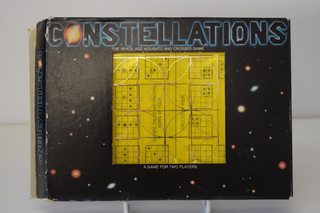 You had to collect three pieces of a comet, the "head", the "body", and the "tail". Each piece was a square piece of cardboard, with a third of a comet on one side and various "constellations" (squares or lines of four stars) on the other side. There was much more to the game than that, but that's all I can remember. 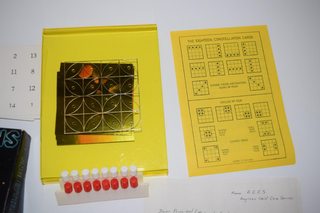 How can I find the complete rules?

A librarian at the University of South Australia was able to help me get an image of the rules sheet. (Well, for the self-published 1982 edition, the one with the white box, not the Petra Press edition with the black box).

It is a version of 4x4 tic-tac-toe ("noughts and crosses" on the game description), but with the connection matrix of the board determined by magic square number sums (and these connections are indicated as "constellations" around the board, for easier figuring).

Players take turns playing to squares, trying to be the first to make a four-star constellation (having four squares that sum to 34). For this, they take the card matching the constellation made. Each card shows the number of points it is worth.

The game continues (resets), with the loser of the round starting the next round, until the a constellation made matches the top card of the deck (unseen; it is only checked when a constellation is made). 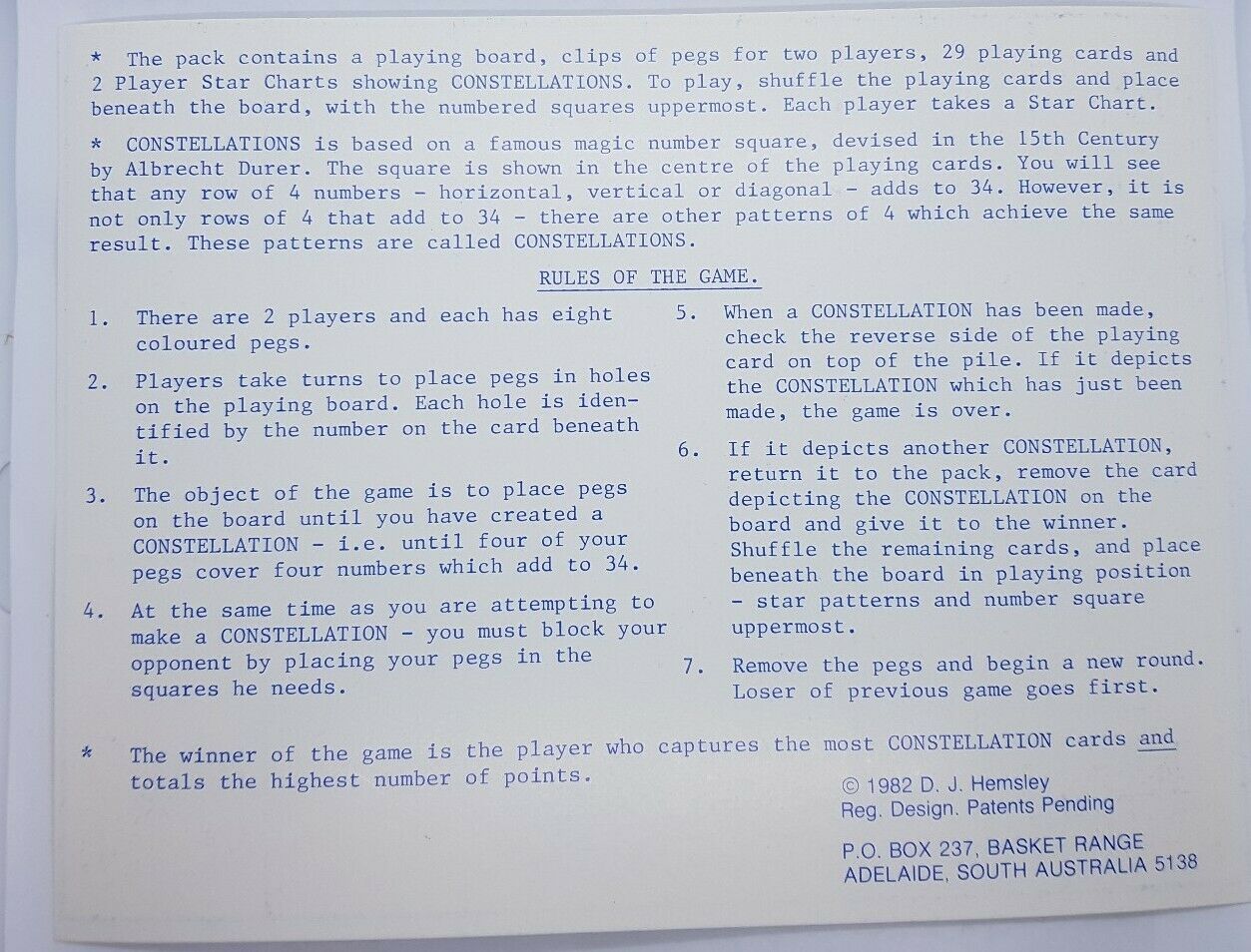 I hope this is your game. It has the same name and year of publish however a different box. See Link 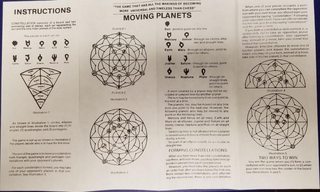 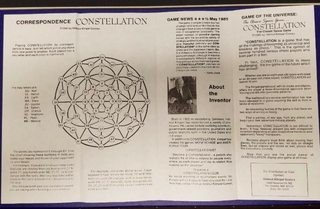 Not the answer you're looking for? Browse other questions tagged constellations-petra-press or ask your own question.