In Catan Explorers and Pirates, can a ship share a hex side with a road? 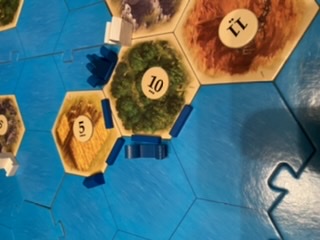 Yes, 2 ships and a road can share a coastline.

According to the FAQ for Catan Pirates and Explorers:

Sea Routes - Are only ships allowed on "sea routes" located between terrain hexes and sea hexes / frame, or may I also build roads there?

Roads may be built on all paths, both inland and along the coast. At the shore, roads can be parallel to ships, meaning that up to 1 road + 2 ships may simultaneously occupy a path on the coast.

Looking at rules [here] I see no reason why not1 Small Caveat, I've never played this expansion but the rules seem fairly clear.

Firstly I can't find anything in the rules that prohibits this. If this was not allowed I believe it would be explicitly stated. The rules do include very details rules about the building a movement of ships. The following all make me think its fine as well

The rules define a Sea Route as :-

The edges of a sea hex are called sea routes. Sea routes separate sea hexes from each other and terrain hexes from sea hexes.

So if the ship is in a sea route than it cant be in same space as the road which is on land.

In the rules for building ships it states :-

When you build a ship, place it on a sea route directly adjacent to one of your harbour settlements, with the following conditions:

None of the following conditions say that you cant build a ship a sea route next to a road.

13
Seafarers - Ships over Ports?
22
In Catan, can you continue a “circular” road?
6
Seafarers: The Fog Island — discovering hexes with the Road Building Development Card
12
When playing the road building card, can a settlement be built between a free road and a free ship?
7
Can I use Settlers of Catan (older edition) with Catan: Explorers and Pirates (2015 ed.)?
2
To play one of the Catan expansion extensions do I need the extended version of the base game?