How to play Ticket to Ride with children?

I know that "Ticket to Ride: First Journey" exists but since I have a base game already (Ticket to Ride: Europe) I was wondering whether it could be streamlined for 5y-old children.

I played with my 5y old daughter using the Ticket to Ride: Europe base game and the following house rules. (We played twice; each game taking 20-30min.)

The first player to complete 4 tickets wins!
(We don't use the score track)

Use markers to identify the two cities in the destination card. We used the train station from the Europe base game. It also helps a lot to plan with them the shortest route beforehand. (Even it they end up doing it differently later on.) 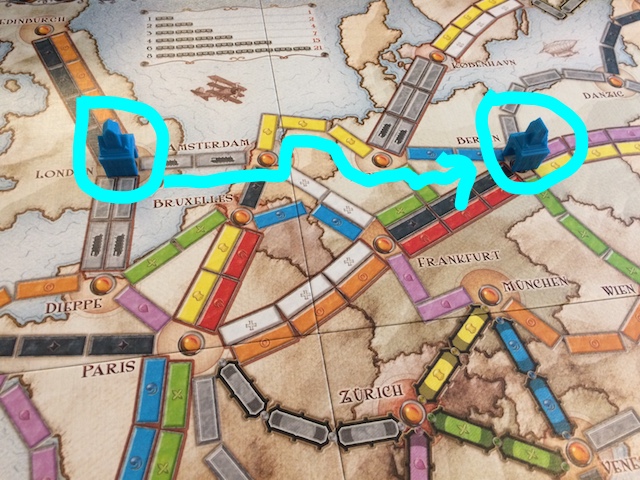 I also found useful to make them aware they should try to collect sets that they will need later on, but it's equally important to not bore them too much with game mechanics and let them work these out by themselves.

Overall I felt that it worked pretty well. She understood the rules quickly and enjoyed playing.

Not the answer you're looking for? Browse other questions tagged house-rules ticket-to-ride ticket-to-ride-europe kids or ask your own question.