When can opponents react to the lifegain from the mana ability of Pristine Talisman?

I have a Pristine Talisman on the board, alongside a Well of Lost Dreams. I activate the Talisman to add 1 mana and gain 1 life. Gatherer says

01.06.2011 Pristine Talisman has a mana ability. Its ability doesn’t use the stack and can’t be responded to.

But is this true for the lifegain, too? Or can opponents react to the lifegain and e.g. destroy the Well before I can use the mana to draw a card? 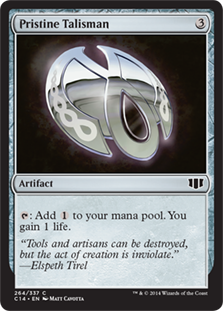 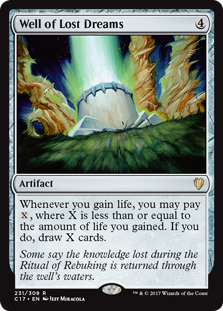 Pristine Talisman's ability resolves immediately (including the life gain, which is part of the resolution), and triggers the Well's ability which goes on the stack. That will be the first time your opponents can do anything, and destroying the Well is too late by then; its ability will resolve even if it is destroyed (rule 112.7a).

No, assuming you have legally activated the Talisman, your opponents do not have time to stop you from drawing a card from the Well's ability by destroying the Well.

The rules define what a mana ability is (emphasis mine):

605.1a An activated ability is a mana ability if it meets all of the following criteria: it doesn’t have a target, it could add mana to a player’s mana pool when it resolves, and it’s not a loyalty ability. (See rule 606, “Loyalty Abilities.”)

So the fact that you gain life doesn't change the fact that the ability is a mana ability. So it doesn't use the stack. So once you activate it, the next time anyone gains priority, you have the mana, you have gained the life, and the Well has triggered and that triggered ability has been put on the stack, as detailed in

People can respond to the lifegain trigger and destroy the Well, but they can't stop you drawing a card.

When Gatherer says Pristine Talisman's ability “can't be responded to”, that means the ability is not ever on the stack to be countered by Stifle or to have people say “before that resolves...”. The ability simply resolves immediately as it's activated. The entire ability resolves in this way, so you'll gain life too as part of this.

At this point players have priority and one of them can destroy the Well, but it's too late: the ability is already on the stack. Removing a permanent doesn't remove its abilities from the stack. As the ability resolves, you can optionally pay {1} to draw a card.

39
Does an ability resolve if the source of the ability leaves the battlefield?

5
How to describe the strengths and weaknesses of white to a new mtg player?
9
How do Captivating Vampire and Deadeye Navigator abilities interact?
6
Can I shortcut a loop with conditional actions?
0
Is an artifact paid ability considered a spell?
13
When casting a spell, how can a mana ability be paid with another mana ability?
7
How does Hour of Devastation's Neheb the Eternal work with extra combat & main phases?
7
Can I activate mana abilities before the Legend Rule kicks in?
10
What happens if the Heliod/Spike Feeder combo meets the Heliod/Walking Ballista combo?
0
Can my opponent tap lands for mana when I have Sen Triplets on the battlefield?
6
Soul-Scar Mage and Nin, the Pain Artist with lifelink