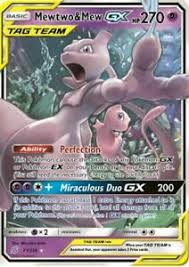 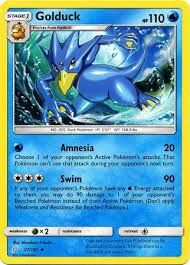 In Pokemon tcg, I got a card named "Mewto and Mew GX", and the "Perfection" ability looks cool. But when I put it into combat, I encountered a problem. For example, golduck's attack amnesia does 20 damage and chooses an attack from the defending pokemon, and that pokemon cannot use that attack during the next turn. So, what if golduck faced Mewto and Mew GX? Can golduck prevent Mewto and Mex from using the ability, or is it that because it's an ability, "Perfection" cannot be prevented from using during the next turn? I'm quite confused so someone pls help me!

Perfection is an ability. Abiliteas are different and distinct from attacks. So Golducks Amnesia Attack cannot prevent the use of the perfection ability since it instructs to choose an attack to prevent.

From the game rules:

ABILITY: An Ability is an effect on a Pokémon that is not an attack. Some will be active all of the time, while some you will need to choose to use. Read each Ability to make sure you understand exactly how and when it works.

The Amnesia attack also says to choose one of the defending pokemons attacks, the only choice here is Miracuolous Duo GX, since the attacks that MewTwo & Mew GX gets from perfection are not it's attacks but the attacks of the other benched pokemon.

2
How can I find what basic and stage 1 Pokémon cards can evolve to?
2
Can a Pokémon attack more than once per turn?
3
Can Alolan Muk use Tri Hazard GX attack even if opponent has no benched Pokémon?
1
Pokemon TCG: is there a way to remove energy from your own pokemon?
1
What is the difference between add damage counters and attack damage