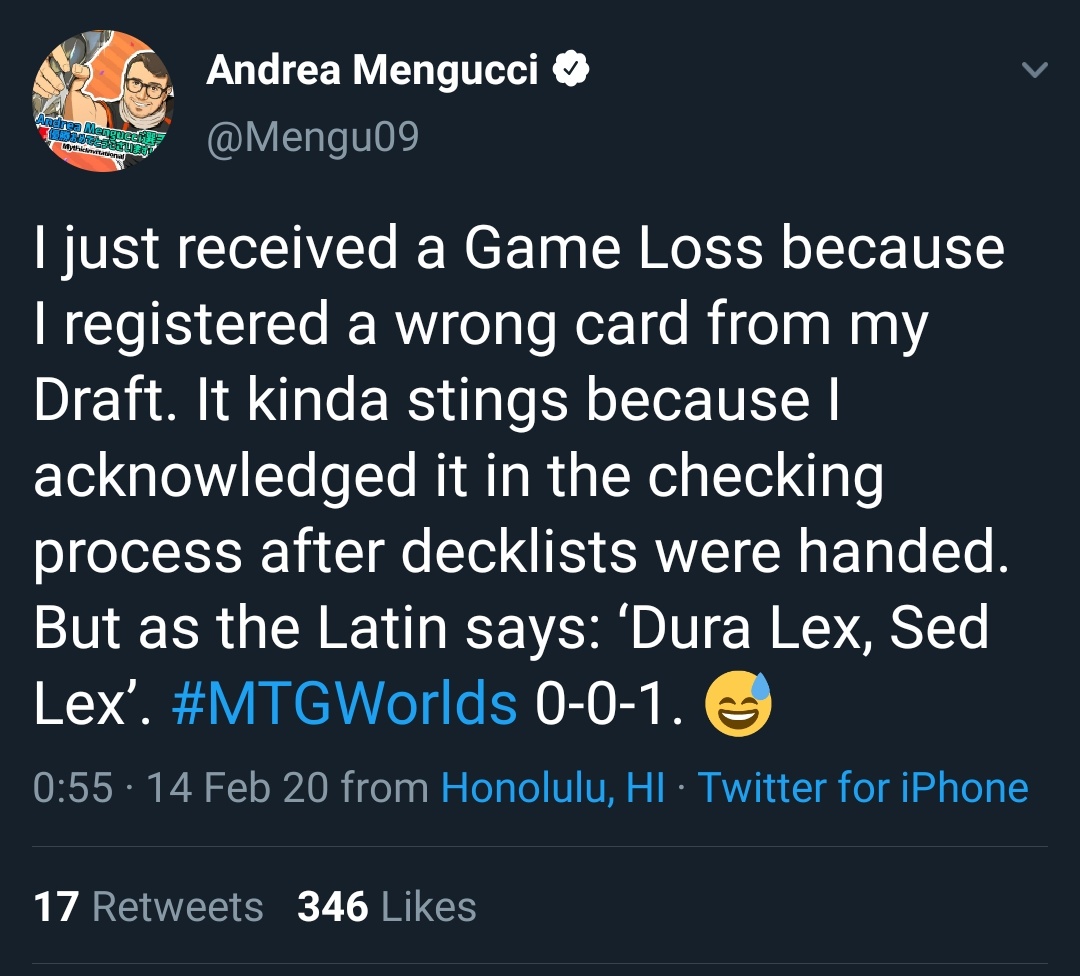 Not the answer you're looking for? Browse other questions tagged magic-the-gathering tournament .

6
How do Dominion tournaments compensate for the luck that's always present in the game?
10
Why is 20 the starting life total for Magic the Gathering? How would the game be different if this number was changed?
7
How does casting a card for its miracle cost interact with cost modifying abilities?
6
Did Wizards ever write a followup for the 2003 card face redesign?
9
How do I tune my magic arena (MTGA) deck for 3 lands in my opening hand, under the new mulligan rule and selection algorithm?
2
When a card instructs an opponent to do something, how does that work in a multi-player game?
15
Is there a technical (or slang) term for triggering a game loss due to attempting to draw from an empty library?
2
How to find the spellbook for a card?