Is the game in McDelivery Canada ad real or fake?

On Facebook's Board Game Revolution Community page, someone wants to know if the board game pictured in a television ad is a real game or a jumble of game parts. 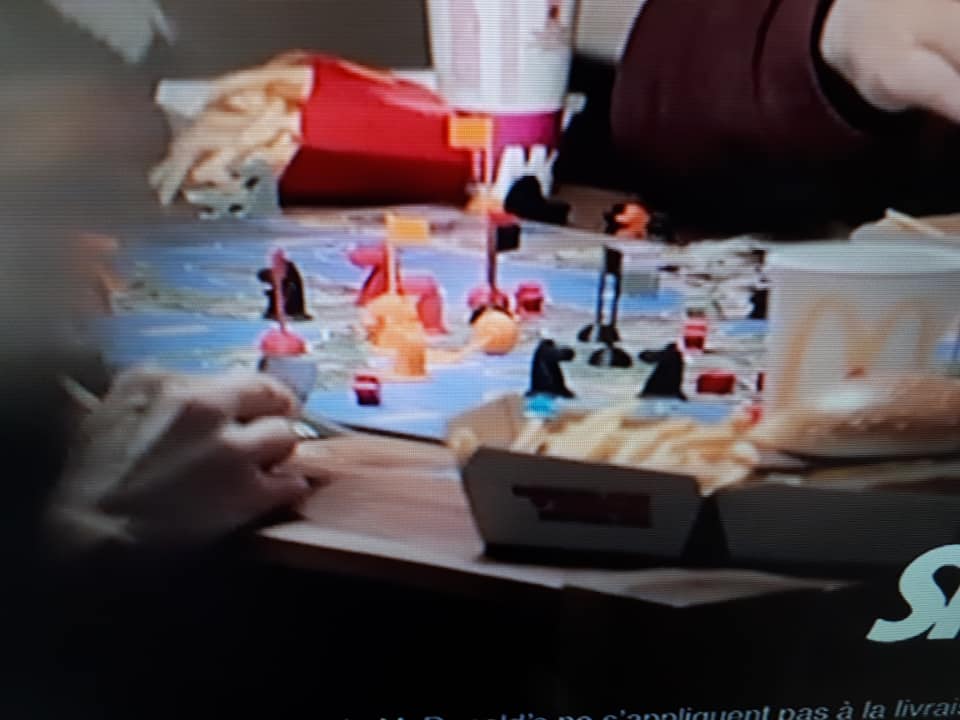 This is a fake game.

I reached out to Cosette / OPC who was the agency for this ad campaign, and it is NOT a real game. They had their art department make a quick board and collected random pieces from either existing board games or 3D printed some of their own.

They made a comment that they were aware that the board game community would quickly identify which game they were using, and this was a small burst of ads where securing an actual license would be too much hassle.

Component-wise, one could assume that this is a version of the first edition of A Game of Thrones, with a lot of other random components added to it, but the board is created from scratch, with some elements from Shutterstock thrown in.

Quote: "The important thing was to resemble a modern strategic board game, where unit placement was a key thing since that would make it easy to express that they were cheating (moving pieces, passing cards, etc.)"

One can assume the ad-makers in postproduction will have ensured that nothing about that game is identifiable as an actual product, even if a component used ended up in the final cut.