Does it matter what faction Mech World is?

I'm playing the core set of Star Realms and I find myself picking up the Stealth Needle and Mech World whenever I can afford them. Because of their abilities to mimic other factions, I really don't care what faction(s) I'm focused on. The Stealth Needle can only mimic one other faction in a turn, but it also retains the ability to ally with Machine Cult. So it's possible to imagine an alternate design where Stealth Needle belongs to another faction and it makes a difference in the game. 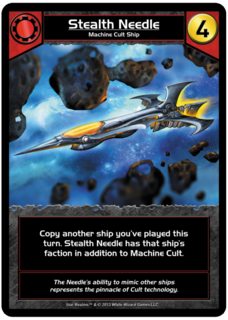 But Mech World is a whole nother story. Since it counts as an ally for all other factions, the Machine Cult color and emblem are superfluous. As far as I can tell, it would work just as well as an Unaligned card like Explorer, Scout and Viper. Obviously there's a lore component here. Machine Cult is the only faction devious enough to invent this type of base. But I'm thinking in terms of the game's mechanics, so to speak. 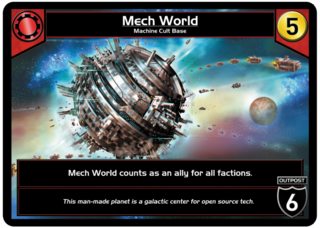 So for the core set, does the Mech World faction matter in terms of gameplay?

Bonus: Are there rules in any of the expansions that make the faction of this card matter?

It matters for the solo variants. I can't find rules for these online but I can explain how they work in the app.

In a typical solo scenario on the bots turn a card is turned up and depending on the faction this dictate how it behaves. This image is from Star Realms website to explain show what I mean and is best 'reference' I can fine. 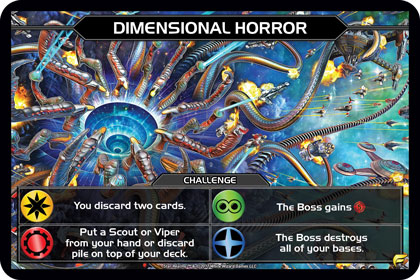 In the app there is a weekly scenario in online 'Arena'. The rules for these are different each week but I have seen games with a random faction removed or different factions.

It also matters if playing with Missions expansions. Some of those cards will refer to playing cards of the same faction type. That is not the same as triggering an ally ability of all factions..

There may be other answers to this but there are lots of expansions to look at!

For the core set & expansions, I am aware of, Mech World counts as an ally for any faction, but it being a Machine Cult does matter in some cases. 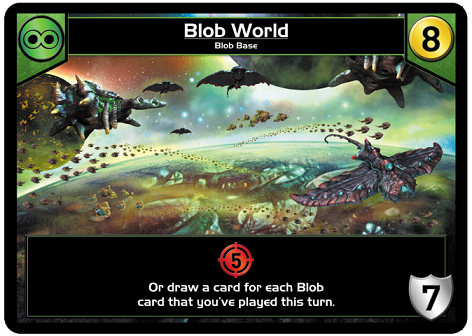 So, you cannot draw an extra card for playing Mech World - since it is not a blob card and Blob World doesn't care about allies.

On Star Realm - Frontiers, there are cards that require two allies such as the Light Cruiser. Mech World would still count as one for Machine Cult, as for any other faction. From the Rulebook:

Not the answer you're looking for? Browse other questions tagged star-realms or ask your own question.

6
Would it matter if I mark a Star Realms deck on the front?
3
What are my odds of drawing the rest of my deck
5
Can you use a base's ability twice by returning it to your hand with Mega Mech?
5
For Star Realms, what's the appropriate ratio of Wealth-per-Card-per-Faction?