Why is there no position 108 on the Ravensburger multilangual edition

I recently bought Scotland Yard at a thrift store. And when examining the map, I found, position 108 is missing. There was a discussion on boardgamegeek about this but it has no real answer, just speculation.

Does anybody know the official reason for the missing 108.

108 is just south of 105, Southwark Cathedral. Looking at the BGG post you referenced, it appears that some versions of the map are missing it or call it out as a different number. 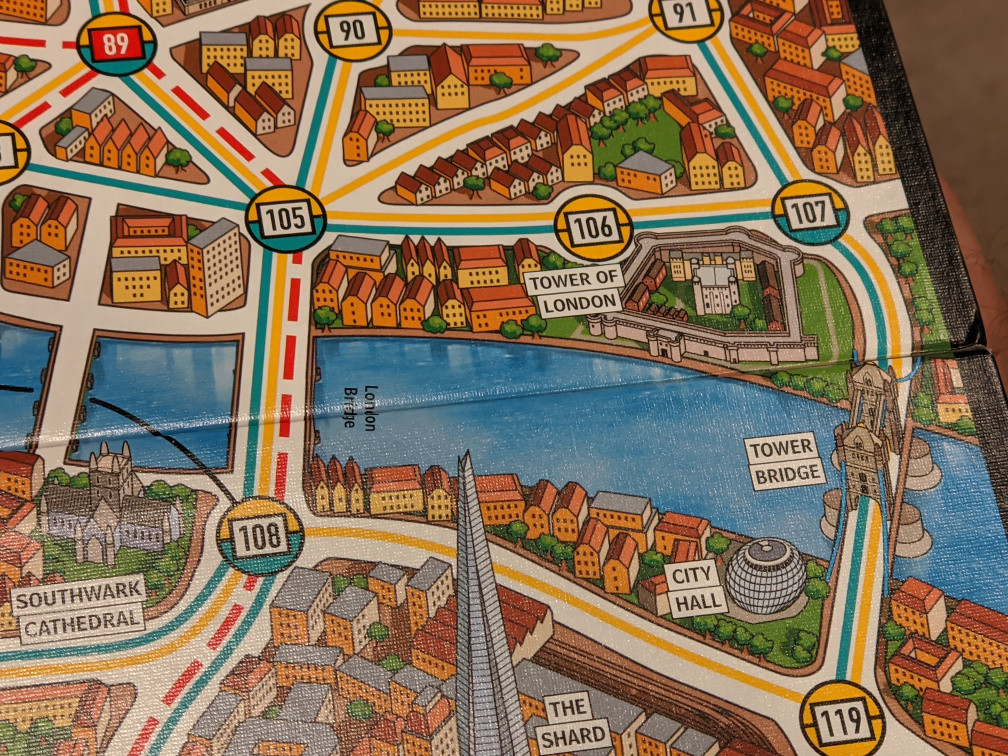 Looking at Wikipedia, it states:

There are two mainboard editions, one typically associated with Milton Bradley, and another typically associated with Ravensburger. The primary difference between these is in the numbering of the stations: five stations are numbered differently, with 108 missing from the Milton Bradley boards, and 200 missing from the Ravensburger boards. There are also minor differences in the routes, such as a bus line between stations 198 and 199 that is changed to a taxi line in later editions, and the removal of a taxi line between stations 13 and 14 sometime after the renumbering.

You likely have the Milton Bradley version. The version I just pulled out and took a picture of is the Ravensburger version.

Not the answer you're looking for? Browse other questions tagged scotland-yard or ask your own question.

6
What is the Goods Station referred to in Scotland Yard
5
Does Mr. X reveal his location on every turn of the travel log that is circled?