About 20 years ago I had a fun/silly board game that I would love to find again.

It was a turn-based game where each player had a set of red chips, and players moved around the board by rolling a die or two.

The game centered around a set of "Do" and "Don't" cards which you would collect as you went around the board. Before each players' turn they would have to do the actions on their "Do" cards, and make sure they didn't do anything on their "Don't" cards the whole time. If they failed to do either, another player could slam a big orange hooter/squeaker, in the middle of the board, and punish them by giving the offending player two of their chips.

Each player could have at most 5 cards, so if they gained a 6th, they could put one of their old cards back - usually with some relief!

The goal was to get rid of all of your chips.

Some of the "Do" and "Don't" rules that I can remember were: "Do balance a die on your nose for 5 seconds", "Do point at the player to your right", "Don't say a player's first name".

This is my terrible "artists" impression of what the game looked like: 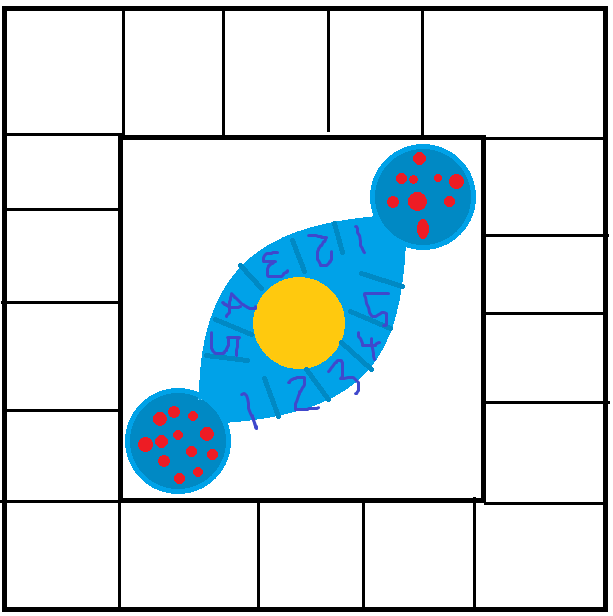 There was a single, large molded piece of plastic in the middle of the board. It had two bowls on either end which contained all of the chips that weren't yet assigned to players. The big orange squeaker was that circle in the middle. And there were 10 places to put two players' "Do" and "Don't" cards (the 10 numbered slots) - although more than 2 players can play the game.

The game is "Out of control" though some versions go the name "Outta-control" The excellent description by the OP gave me hope in finding it with a web search. I can't provide anymore details as I haven't played the game myself. 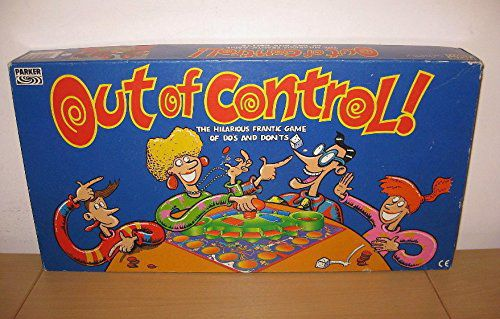