Name of a board game about American politics

I can't remember the name of this board game I played many years ago. It was about American politics, the players voted on someone to become President, which lasted one round.

You could pursue different agendas like business, religion, environment, etc. When an event card was turned over, if it had the same agendas you were invested in, you got cash. The board had 4 spaces, Wall Street, Main Street, White House, and ?Campaign Trail?. In each round, the whole table visited each location.

You could spend the cash to buy new agenda cards or give it to other players to buy their votes.

President candidates could vie for votes by promising to pursue other players' agendas when they are in office, but were under no obligation to keep their promises.

That's all I can remember.

Sounds like Corporate America. Electing the prez, hoping the "correct" investment cards come up, 4 locations (i.e., draw decks) on the board. played it once at a con and I'm surprised the name stuck with me. Corporations buying political favor certainly fits your recollected theme of "american politics" anyways 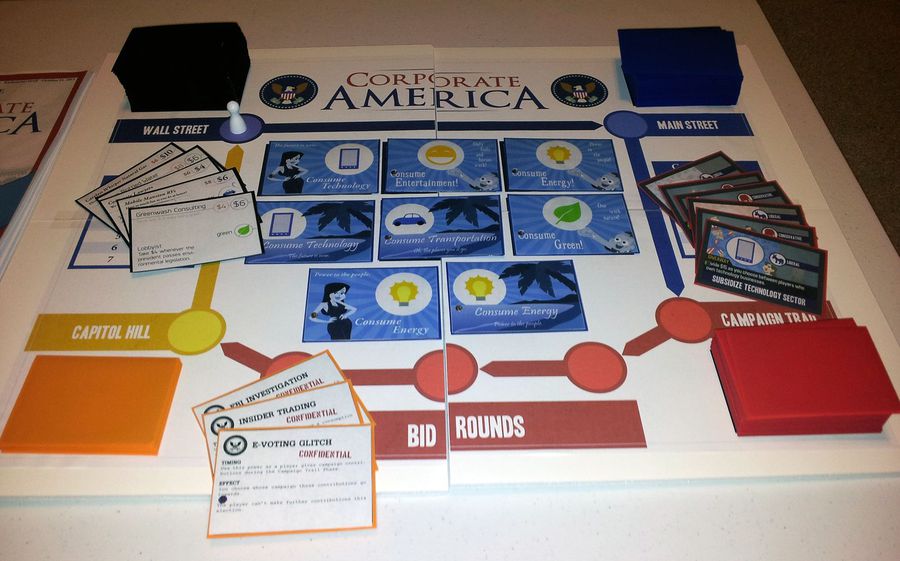