What is this wooden animals game with unique dice?

Does anyone recognize these game pieces? 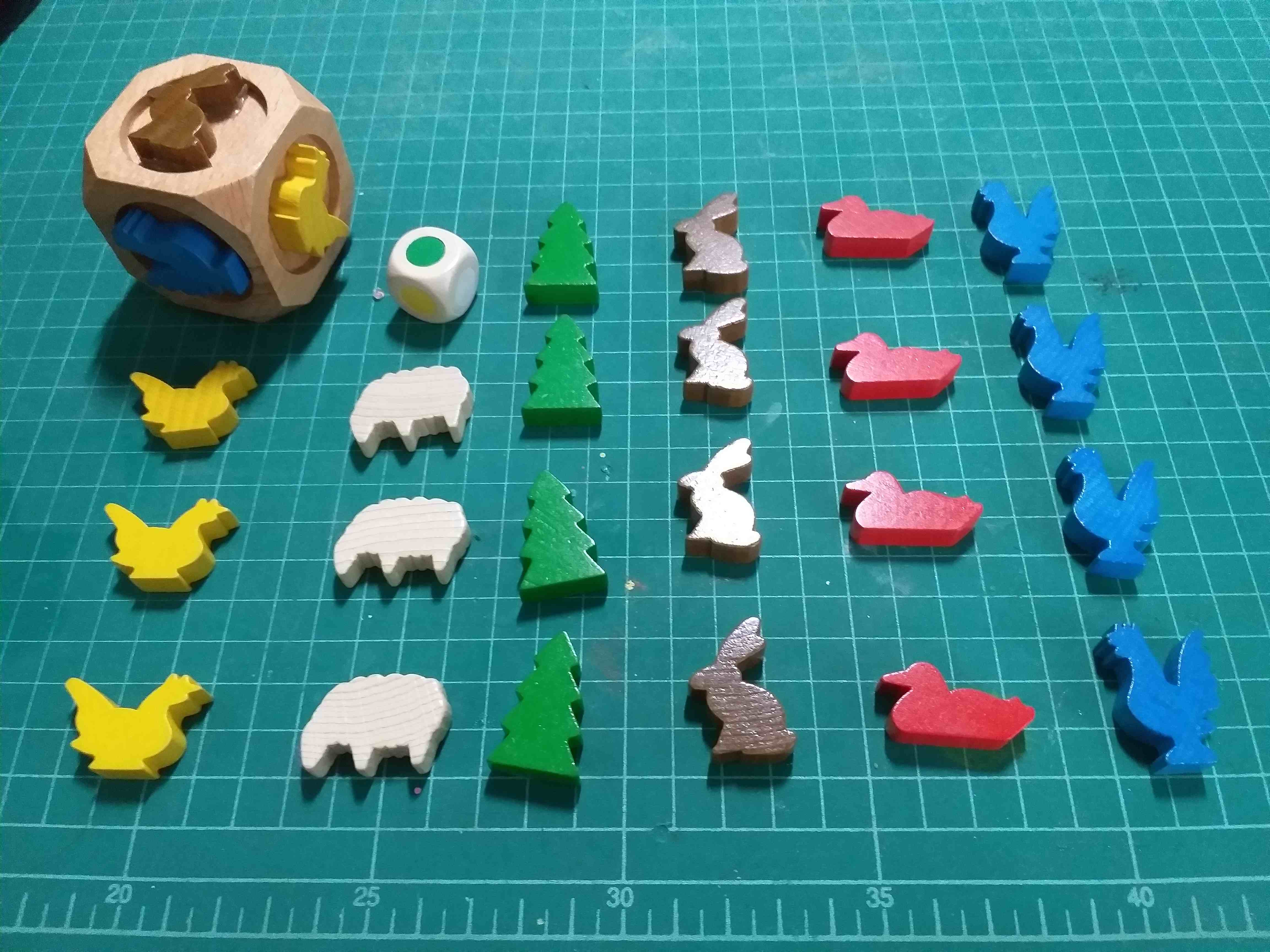 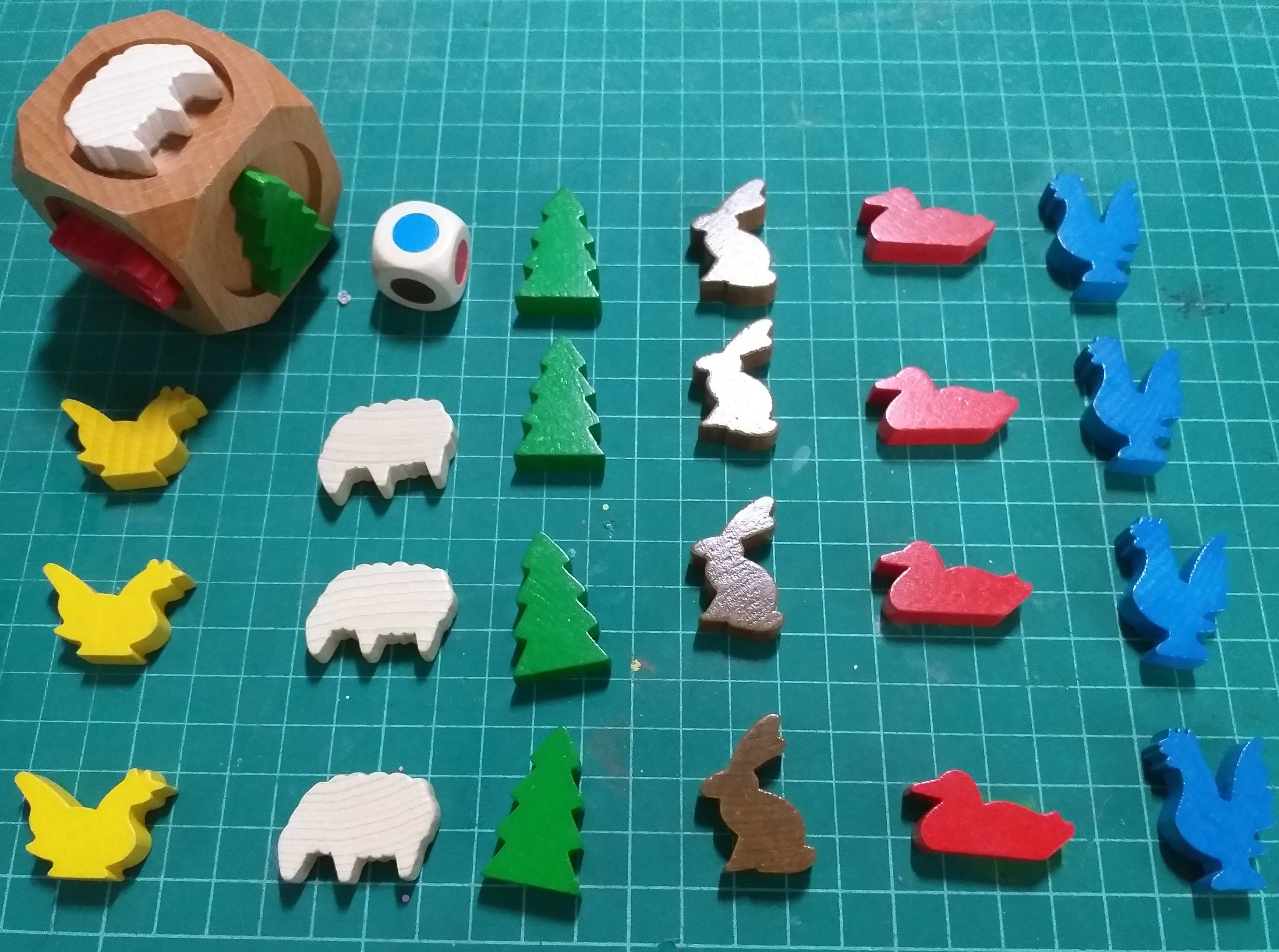 I found them at a second hand store and having a hard time finding where they come from.

Here is what I have (all wooden):

I may be missing 1 sheep and 1 chicken and I don't know if it came with a board or not.

Any help in identifying these is appreciated.
Thanks!

(Caveat: This is not a complete answer.)

I recognize several of the animal figurines; I had them as a kid, but not as part of any game (and not with the large die). They were part of Discovery Toys' "Wooden Playtime" set (1983): 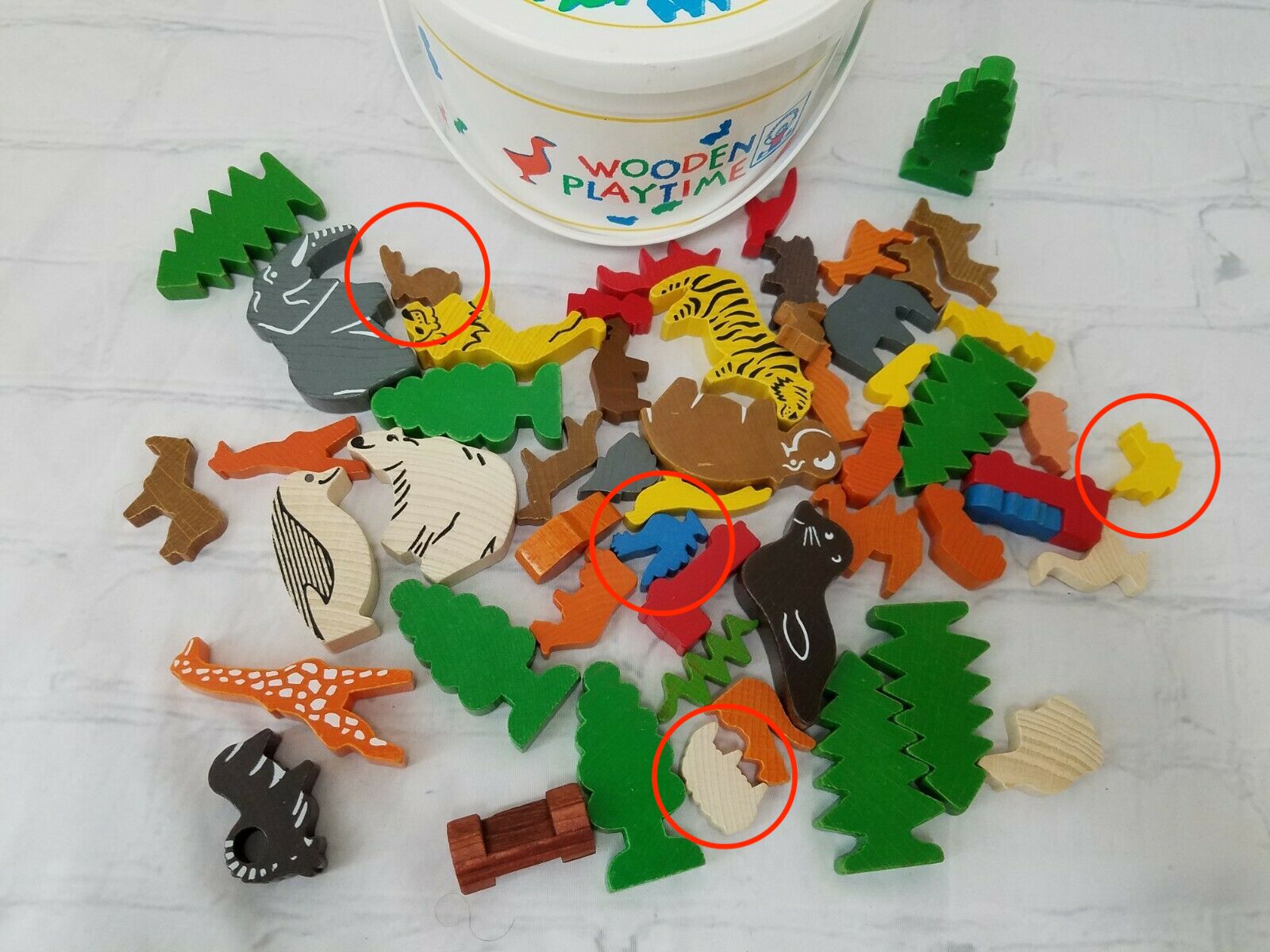 The small color-dot die is also associated with Discovery Toys and/or Ravensburger; for example, it's used in Snail's Pace Race (1985).

However, I have never seen the big wooden die before.

So basically, you might look for answers in the mid-1980s, in Germany, possibly Ravensburger (that is, Otto Maier Verlag, since the modern Ravensburger is apparently a different entity reincorporated in 1992 with the same logo), and almost certainly a game for young children (in case there was any doubt on that count :)).