What is the name of this pyramid game?

I used to have this game, not any more. It must be at least 10-15 years old, but possibly older. I don't remember the rules, only that you had to follow a certain path with your pyramids, and that they could be stacked in a way (perhaps blocking off others?). Searching on the internet, I have found pictures of the game, however I can't seem to trace it back to a name. One of the pictures I found shows the board clearly: 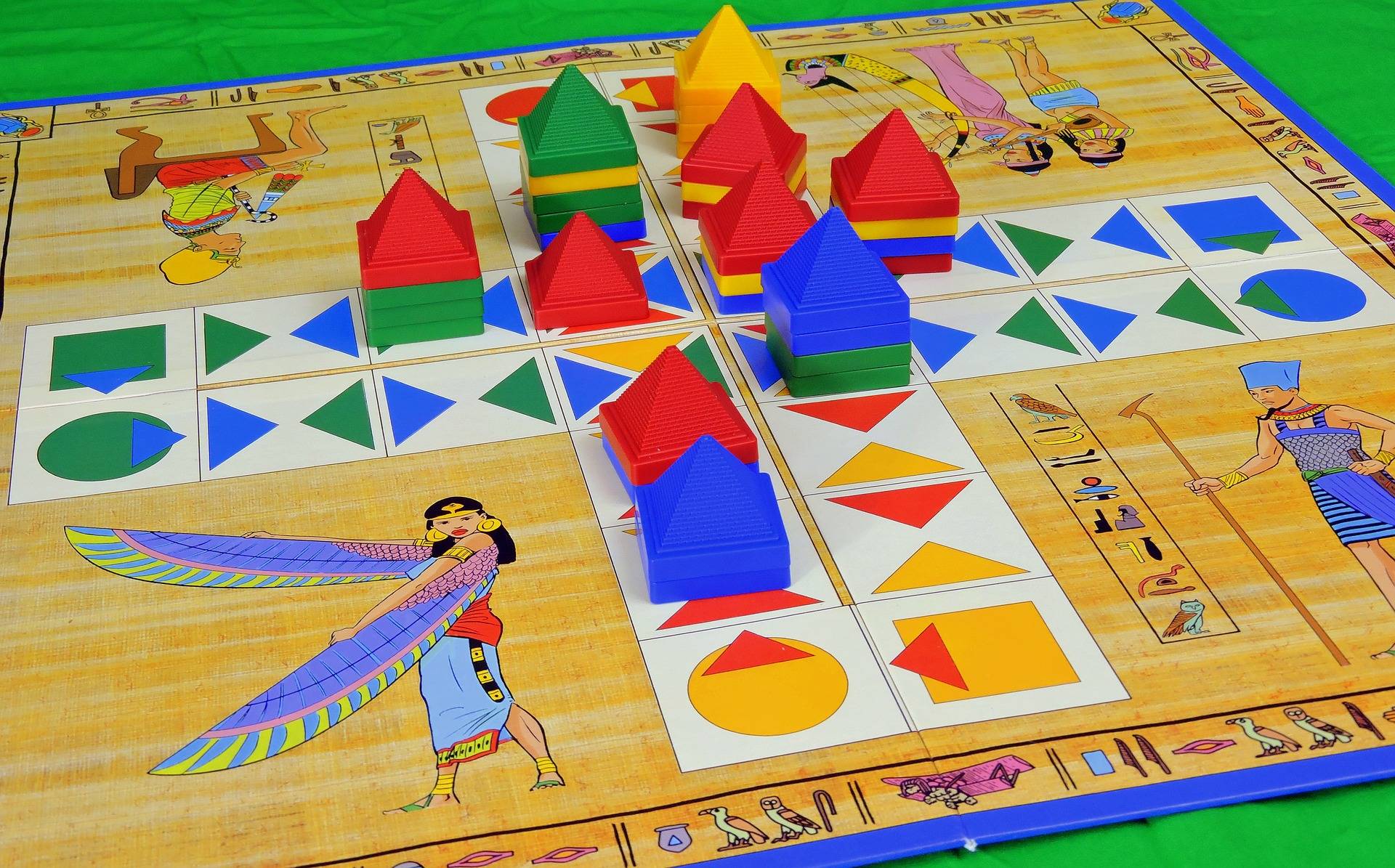 It is called Pyramidis (at least the dutch version). I found one last year in a thrift store. Fun little game.

To move, take a stack of pyramids of which the top color is yours and put these one by one in the next few spots, covering other pyramids. You need to get five of your eigh pyramids into your start area. Or (which is the harder option) cover all other users pyramids so they can't move and lose the game. 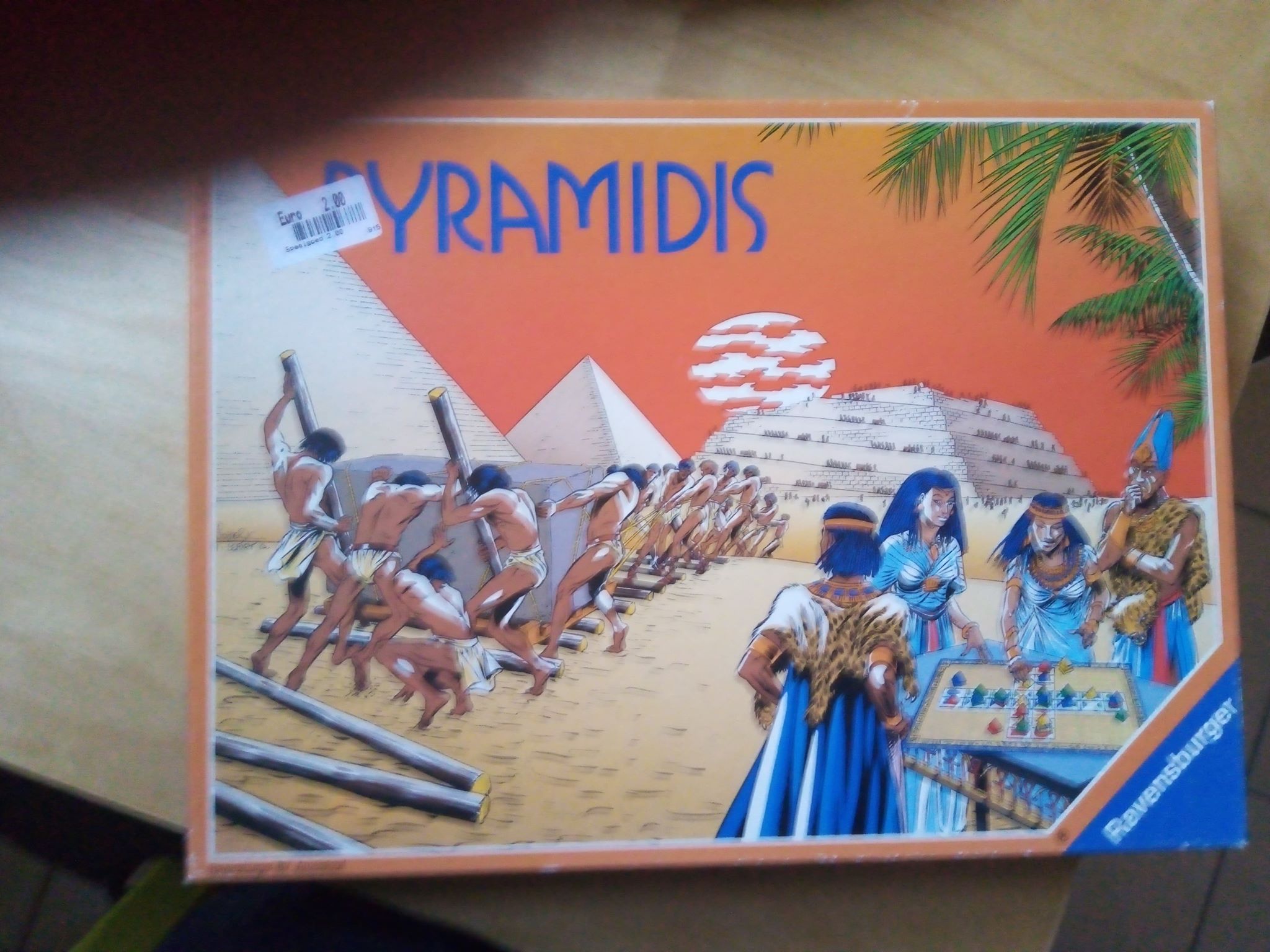 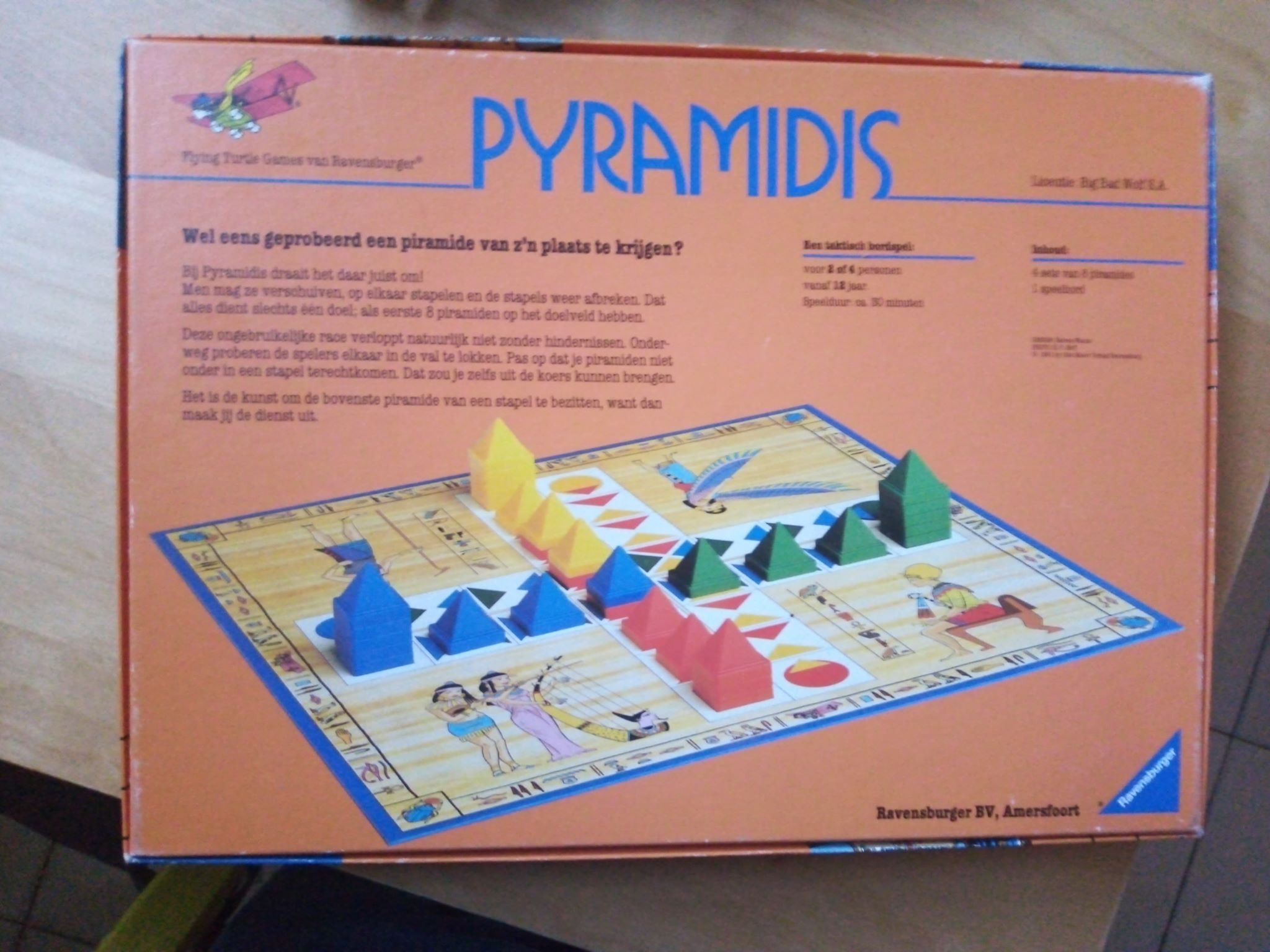 4
Classic Haunted Mansion Game
2
Old WW2 game played with cards instead of a board
12
Adventure board game I had as a kid
7
Identify this game - 4X board game between 2000 and 2010
1
Help identify "blockart" game
3
Ancient Olympics Top Trumps Style Game
1
Michigan Rummy? Incorrect Name?
12
Help me identify an old family board game (from memory)
6
Codenames Pictures but with more surreal, colourful paintings