Magic: The Gathering - Why is it possible to activate some cards abilities from graveyard and some others not?

There are some cards, that have activated abilities, that a player can activate when the card is in the graveyard. For example, the ability of Stitchwing Skaab to return it from the graveyard to the battlefield. 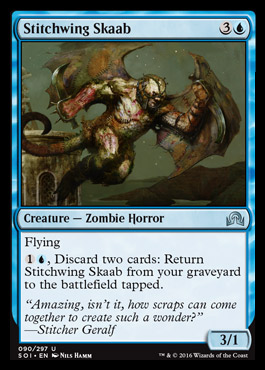 However, most of the other card abilities, a player can't activate from the graveyard. For example, Drogskol Cavalry's ability to put a spirit token to the battlefield can not be activated when it's in the graveyard. 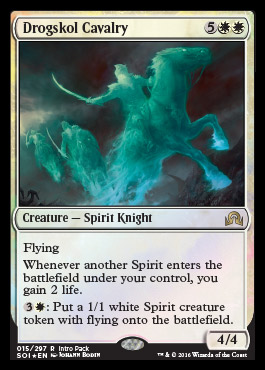 So my question is, which rule of the game allowing a player to activate some abilities from the graveyard?

18
If I cast Flicker on an unearthed creature, does it remain exiled?
8
Havengul Lich on Reassembling Skeleton - can the Lich cast itself for 1B this turn?
3
Jace, Telepath Unbound and Casting a Spell from the Graveyard
6
How do I activate Dauntless Cathar's ability?
3
What does "Return (card of the same name) from graveyard" mean?
1
When a creature comes back to the battlefield from the graveyard, does it trigger its abilities?
1
Does a Myr Welder token created with Mimic Vat retain abilities added to the original?
2
Can Feasting Troll King be countered when it returns to the battlefield?
2
Does Stony Silence stop Salvage Titan's activated ability from the graveyard?