What is the game where you have to identify a person based on their features?

I am trying to find the name of a game that I played when I was a child. In it, there were a large number of characters in various costumes. The object of the game was either to guess a target character or guess opponents' characters. I do not remember the exact mechanics by which you played and figured out which character you were looking for. Some key features:

Can anyone identify the game I am so imperfectly recalling?

Whosit? on Board Game Geek 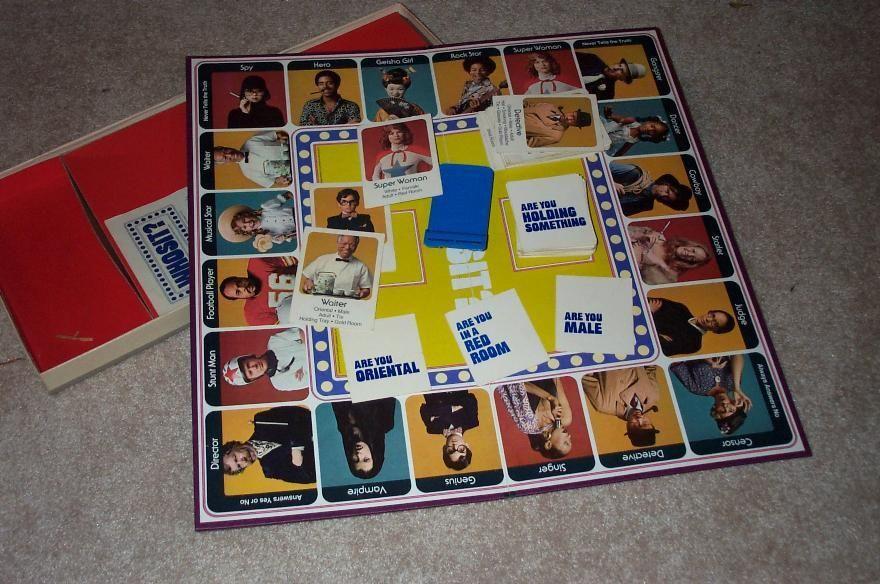 15
Soviet space exploration board game (now with pictures)
2
Looking for the name of an old board game featuring a wolf, I think he was called Willy
9
Identify a card game where you discard playing cards based on die rolls
3
Help Identify this Trucking Game from the Early 1980's
4
Cardgame where participants have to guess the situation based on hints
3
Multiplayer card game based on Rock Paper Scissors- what is it called?
1
What's the name of this oil trading board game?
14
Identify this space combat game with a letter based ship architecture
1
What was the game with a plastic Bigfoot that left footprint counters?