Does the Cosumi Go site sometimes get the score wrong?

Cosumi claims that I won this game by 37 points: 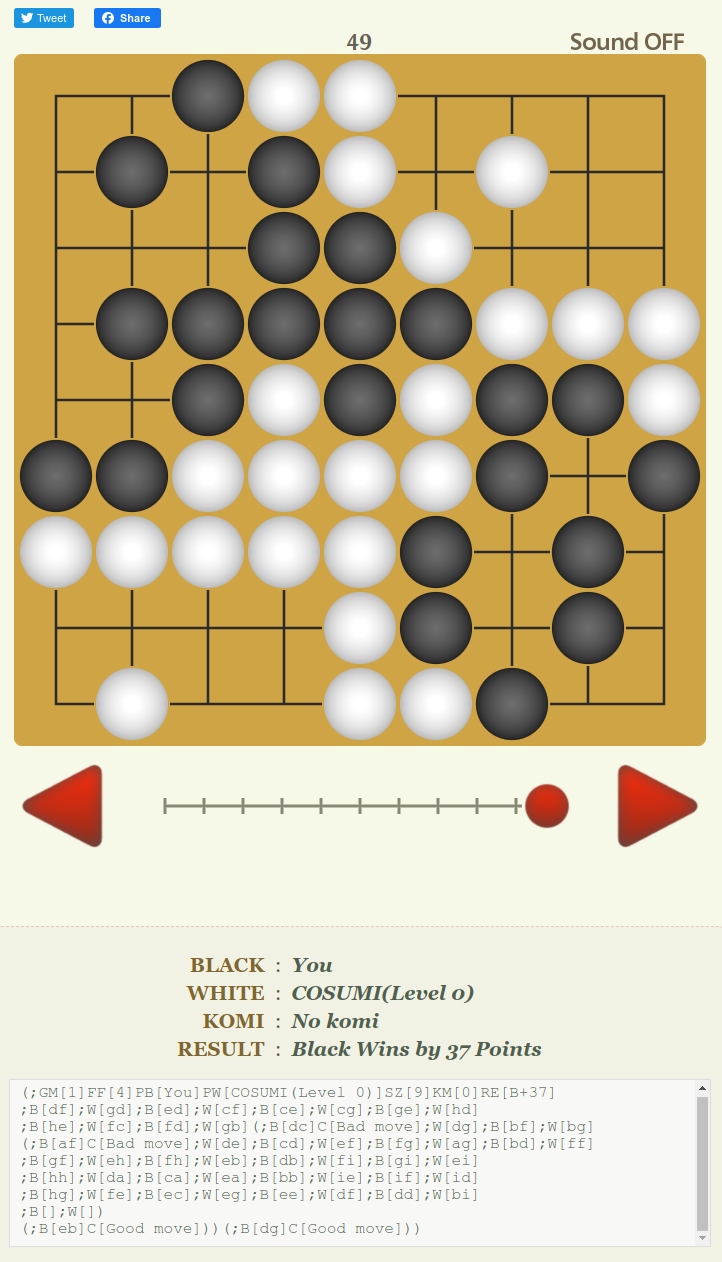 But it looks even to me.

Am I missing something, or does the site sometimes get the score completely wrong?

Strange. The next morning, the same URL shows the upper-right corner as captured: 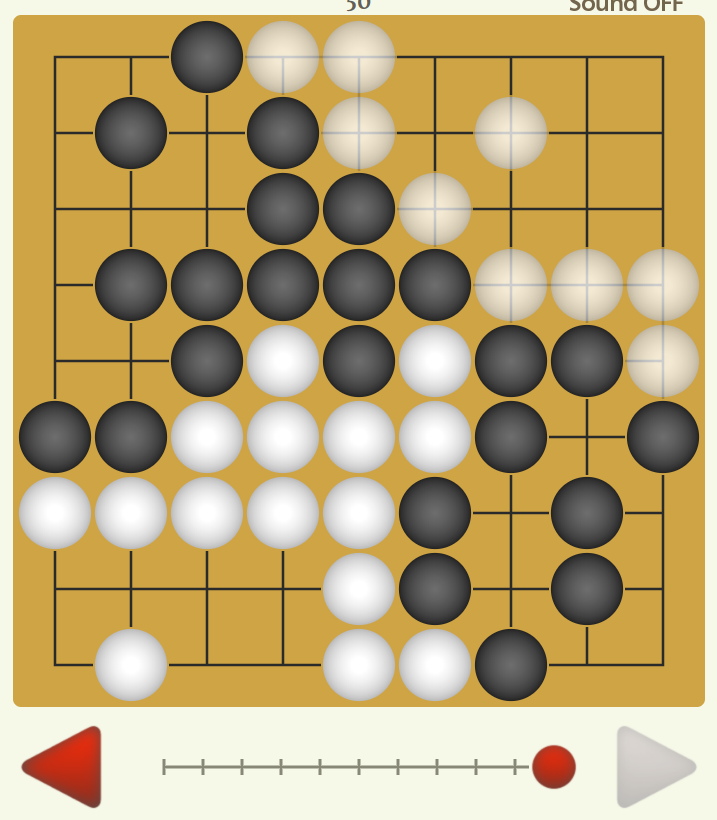 That might account for the score but, as far as I can tell, White still owns that territory.

Something strange is going on here. (Does Cosumi have a bug-reporting mechanism?)

You are right that the top right belongs to White with correct play, but according to the programme Sabaki White wins by one point (because they have a captive). It is conceivable, but somewhat unlikely, that White could make enough errors for Black to win.

Sabaki calculates the score like this for area scoring:

To be on the safe side, I plugged your SGF into KataGo (via Sabaki), and it showed me a ko in the top right that Black cannot win: not only do they have hardly any threats, even if they did, they could not finish the ko in their favour.

The sequence that KataGo found was this:

Unfortunately for Black, White simply has to connect with ➅ at a and Black has no way of finishing the ko to kill White. White can just wait for Black to run out of threats and then capture at c and d.

Black’s only chance is if White plays the ko wrongly, for example:

29
Why does a run of 4 in Cribbage score only 4?
17
How does the full-size board change the game of Go?
0
Koi-Koi : does players score their points in case of tie game?
1
Do my games in the GoKGS get deleted after some time?
3
Do you score for all smaller words within the long one in the same move in scrabble?
1
In Go (board game) under Chinese rulings how does the scoring of empty territory work?
7
How to score the Southampton to New York route in Ticket to Ride UK?
11
What is the highest achievable score in Catan
3
In this Go game why does the territory appear as being completely captured
1
How to score the play of this Cribbage round?