I'm returning to Magic after a long hiatus, so my apologies if this question is obvious. I'm trying to understand why both of these rules exist:

Given what 506.4a says, when would 509.3a ever apply? Browsing other related questions suggests that when a card specifically uses the phrase "remove from combat", 506.4a doesn't apply (because cards overrule the rules), is that the only time you would fall back to 509.3a, or are there other examples too?

Edit for anyone reading this later who is still confused:

Yes, there are cards that remove creatures from combat like: 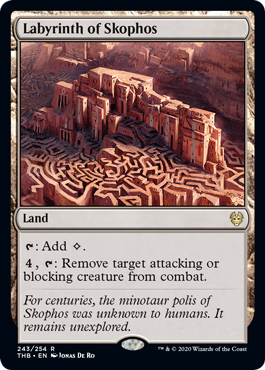 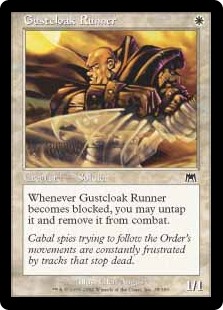 But there is also regeneration ability, which removes the regenerated creature from combat.

If the effect of a resolving spell or ability regenerates a permanent, it creates a replacement effect that protects the permanent the next time it would be destroyed this turn. In this case, “Regenerate [permanent]” means “The next time [permanent] would be destroyed this turn, instead remove all damage marked on it and tap it. If it’s an attacking or blocking creature, remove it from combat.”

From question: Is a Regenerated Creature Removed from Combat?

There may be other examples as well, but this one comes to mind.

The rule 506.4a is written that way, because for example if a card prevents something from attacking, it doesn't have an effect on a creature that is already attacking. The rule 509.3a applies in all these situations where a creature is removed from combat.

The rule 506.4 also states other situations where a creature can or cannot be removed from combat:

506.4b Tapping or untapping a creature that’s already been declared as an attacker or blocker doesn’t remove it from combat and doesn’t prevent its combat damage.

6
Is a Regenerated Creature Removed from Combat?

2
Regenerate: Tap before regeneration?
5
Does the attack or defender decide the order of damage assignment to blockers?
0
Does an attacking creature have to deal lethal damage to the blocking creatures before dealing damage to the other blocking creatures?
3
How does Combat Damage Work with Undergrowth Champion?
4
MTG: Creature can't attack unless X after "declare attackers"
12
If the only attacker is removed from combat, is a creature still counted as having attacked this turn?
4
Still blocked *by that creature* if removed from combat?
0
Does a creature block when it is declared as a blocker or when damage is dealt?