Does anyone know the name of the board game visible on the following picture? 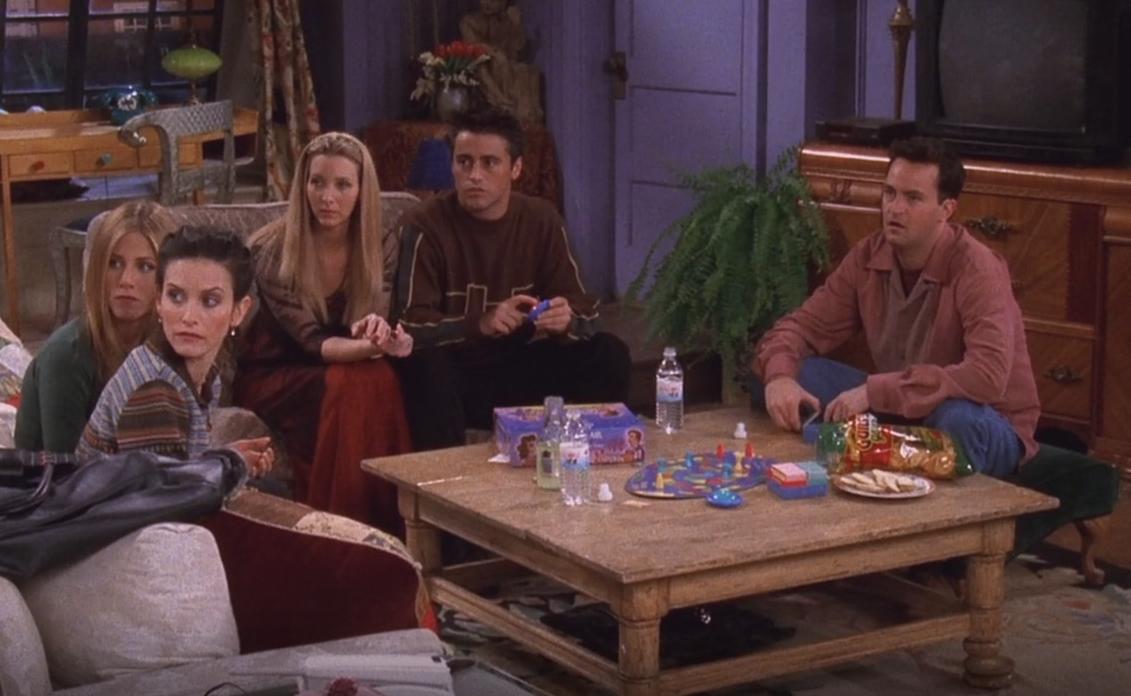 The image is taken from the eleventh episode of the fifth season of Friends ("The One With All The Resolutions"), at around 4/5 of the episode (17:53 is the exact timestamp of the frame from my version).

The things I thought might help to identify the game:

It is Men Are from Mars, Women Are from Venus. You can recognise the loopy indigo board, the characters on the box, and the red/green card box in this image from the BoardGameGeek page: 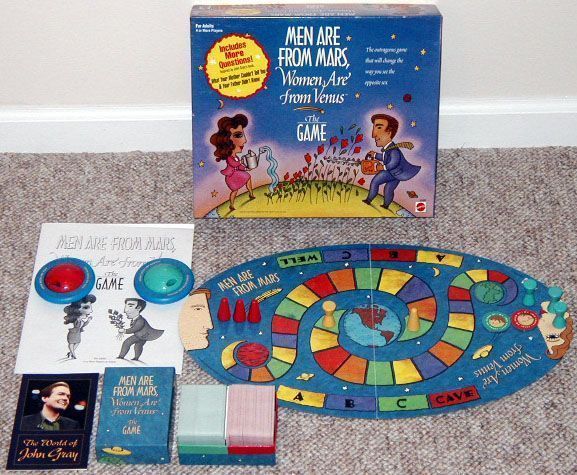