What are the rules of this "Frog rescue game" from Boots?

I picked up this game second hand but found it doesn't include any instructions.

It has a cross-shaped board that you assemble jigsaw style with a tower in the middle. The back of the box says "in the exciting race to the castle, all the dice are rolled together on each turn and all the players move at the same time". Dice are coloured, one matching each player. But there also appear to be some elaborations on the basic structure of rolling dice and advancing eg there are some special squares - dragons and thorny bushes - and each player has three different characters - a knight, a wizard and a princess.

We'd love to know how all this is implemented. Of course we can make up our own house rules but would like to know the official ones too.

There's a date on the inside of the box of 2004 which could be when it was manufactured. 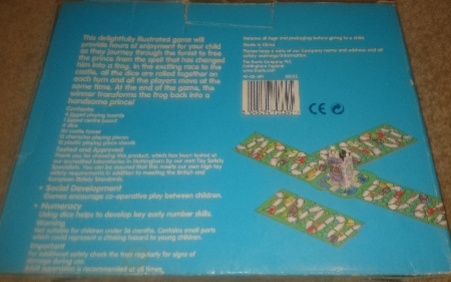 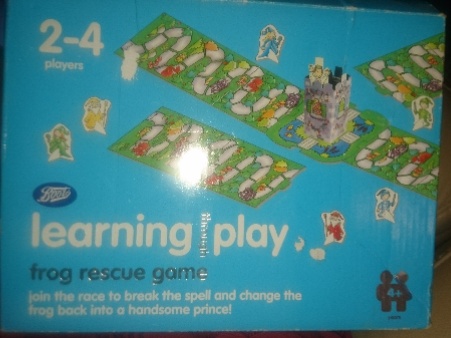 Browse other questions tagged identify-this-game or ask your own question.