Which game is this six-sided die with two sets of runic-looking plus, minus and empty sides from?

I have just received this die as an extra gift in a pack of games I bought online, but I really cannot identify where is this from?

The other 3 sides are equal to the 3 visible, overall two have that cross, two that line and two have no symbol. 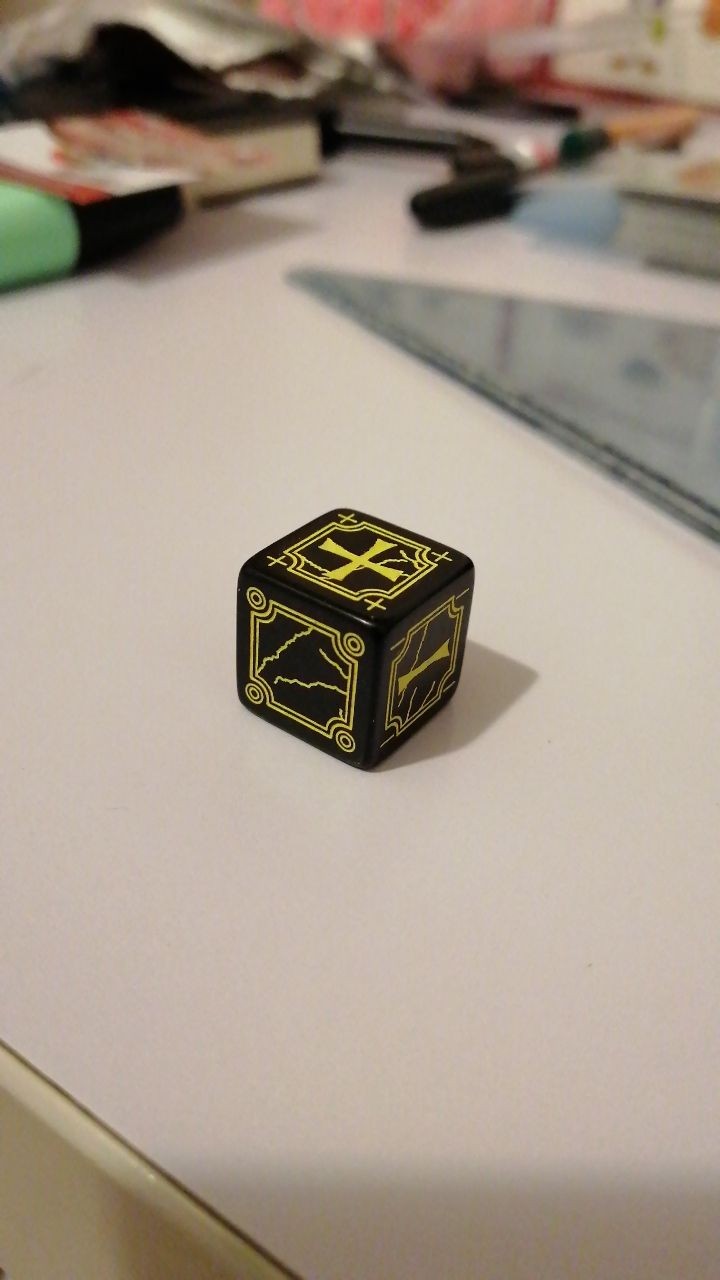 These are fudge or fate dice used for the fudge role playing game.

Fudge uses customized "Fudge dice" which have an equal number of plus, minus and blank sides. A number of these dice are rolled, usually four at a time ("4dF" in Fudge dice notation), and for every plus side that comes up the result of using the Trait is considered one step higher (e.g. from Fair to Good) and for every minus side that comes up the result is considered one step lower. The goal is to match or surpass the difficulty level, also on the adjective scale, of the test. Thus, a Good attribute is considered to be Great if the player were to roll two plus sides, one minus side, and one blank—the minus side cancels out one of the plus sides and the remaining plus side raises the result by one step. The same Good attribute would be considered Poor if you were to roll three minus sides and one blank. The same dice roll can be achieved with six-sided dice, treating a 1 or 2 as [−], a 3-4 as [ ] and a 5-6 as [+]. 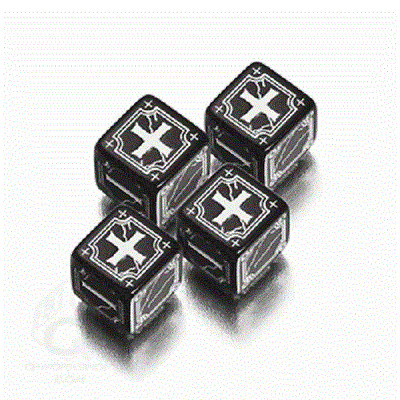 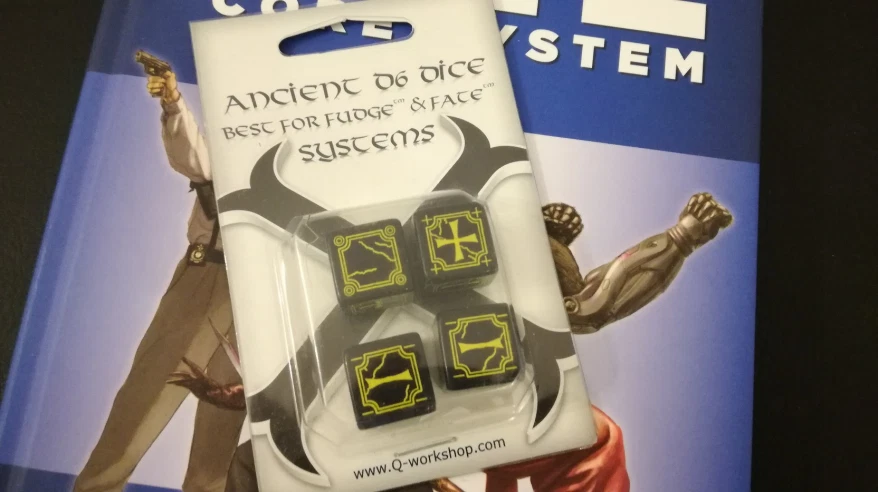 Those are called fate or fudge dice, and they have 2 blank sides, 2 sides with a + and two sides with a -. That particular die does not come from any specific game, it's instead the "Ancient Fate Dice" set made by Q Workshop, though I can't seem to find their fate/fudge dice on their website, I have found amazon.com offerings of the same design in different colors.

Many games use these dice, the one I am most familiar with is Tales of the Arabian Nights by Z-Man Games, though the most well known use for them is probably the RPG systems that share their names with the dice used in it Fudge and Fate.

7
What game is this d6 with a blank two for?
5
Which game does this die belong to?
8
What game is this wooden die from?
9
Identify this two-player game with wheels in a wall
24
Where is this six-sided die from
7
What game? Matching dice with two each of d4, d6, d8, and d10
6
What game uses dice with shields, fleur-de-lis and rapier hilts?
2
Game I thought was called "By Popular Demand"
17
Can you identify this likely chess variant?
5
Identify this game about using 3 cards sets to take control of Pawns