Why don’t you capture more territory in Go?

If you have large areas like here in the white upper left corner, 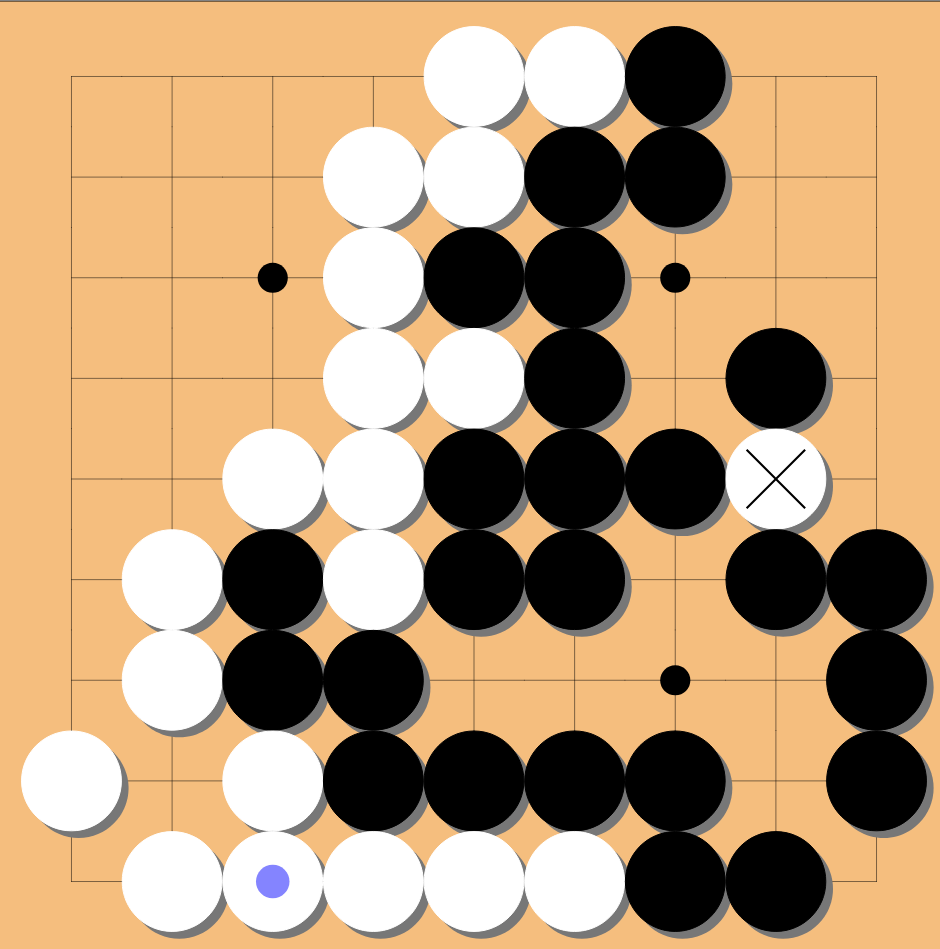 why can't black just put a stone in upper left corner? Then white would lose one point. Or white would have to capture it and get a point instead, but then there would be three white stones within the area and that would mean again for white to lose three points.

So is it just convention to end the game here, when black won't be able to create a living group within the area?

Suppose there is a black stone in the corner but it is impossible for black to survive, no matter how well played.

By convention, both sides recognize this and the black stone is counted as a prisoner.

If either side doesn't accept the convention, both sides will alternately play until the situation is resolved (in favour of white).

At that point, black and white will have played the same number of stones each. White loses a point for each one it played (loss of territory), and white gains a point for each one that black played (taken as prisoner). There is no net change in the score as compared with accepting the initial situation and neither side playing any more.

Note that the above is based on territory scoring rules, where points are given only for unoccupied territory (and prisoners). Under area rules the non-prisoner stones on the board are also counted as part of the territory, so any stones played by white into its own territory would not cost white anything.

This depends on the rules used.

If Black plays in that area, White could ignore it or pass and gain a point - the black stone would be agreed as dead, and White still gets the point it's sitting on. Black can only force White to surround and capture the stone if they're threatening to capture some of White's stones - for example if they cut off part of the wall, and it creates a capturing race. If Black keeps playing in that area, White has to decide when to start answering - if they wait too long, Black will make a living group.

Your final line has the correct question more or less answered. It is convention to end the game because black would not be able to create a living group. What is important is that both players agree to this. A lesser-skilled player (black) may not be convinced and request to play it out.

As the board sits, without visible captured (removed) stones, white wins by 0.5 komi (or higher) and would not want to play one extra stone. TimK's answer about waiting too long would apply and could turn the result.

It's extremely challenging (or impossible) to create life in a small corner as presented, hence the reference to the lesser-skilled player.

If black did play in the upper-left, white does not necessarily have to capture that piece, as it's dead and captures no territory. So really, we are trying to capture as much territory, but that in-turn also means we don't waste pieces.

6
Komoku-Oogeima joseki order variation
7
How do I properly place handicap stones?
3
How to count non fully walled territory?
5
4-4 high approach - why is the defensive approach prefered?
5
Trick Joseki? Shoulder hit after keima to 3-4-stone
4
Building a live group on a quarter board where two sides are already black
5
Go: How is a "suicidal" move that captures enemy stones handled?
3
How would this seki be scored at the end of the game?
5
Why choose tsuke-nobi after a double keima against hoshi?
2
In Go (board game) under Chinese rulings how does the scoring of empty territory work?