Is this move permitted in Scrabble? [duplicate]

My wife and I had a heated discussion on whether the move below was permissible under the official Scrabble rules. In this case, I added the letters O, I to form OE and OI. She claims it was a double movement, as OE was permissible because it was attached to the ending of MAZE, but OI was not permissible because I is attached to a word I just created hence the double movement. She claimed that if I wanted to add additional letters it can only be in the horizontal direction as it’s attached to the original word on the board being MAZE.

I claimed it was permissible as I went in one direction (vertical) whilst creating a word that was originally on the board being MAZE.

Can you please confirm whether my move was permissible? 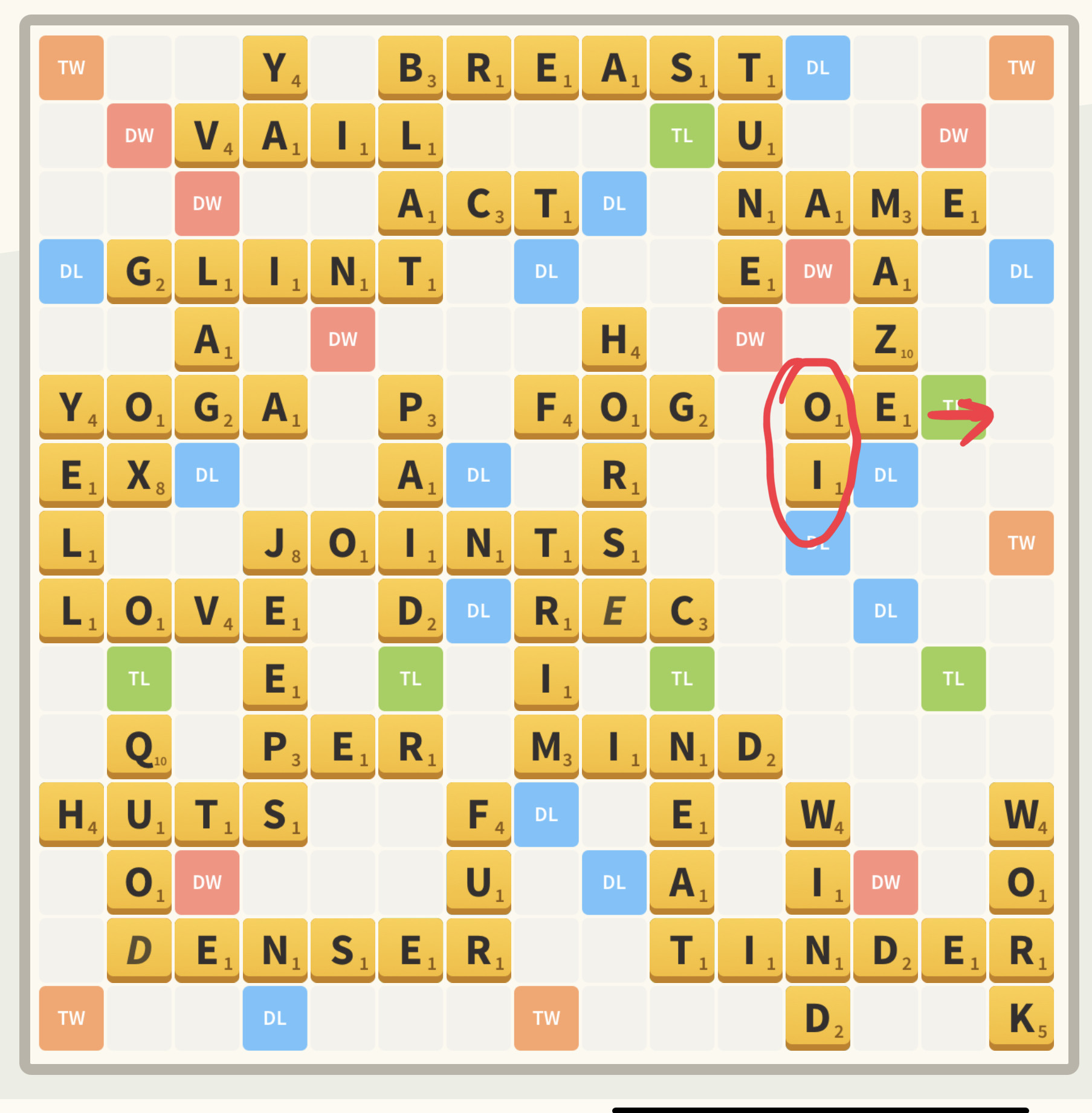 Placing letters parallel to a word is a valid play in Scrabble, as long as every combination of letters formed by the play is a valid word.

From the official rules - Gameplay point #4:

New words may be formed by:

So as long as "oe" is a valid word in whatever word source you are using, then it is a valid play.

12
Learning new Scrabble words?
11
double movement in Scrabble
6
How can I best assess the quality of a game of Scrabble?
3
Do you score for all smaller words within the long one in the same move in scrabble?
4
Is this a legal Scrabble play?
1
Word premium applies to 2 words?
12
Impossible Scrabble Words
1
If using an anagram solver is possible/permitted in Scrabble, what additional strategies should you use?