I understand that the longest route means the most number of continuous trains, but does continuous mean "connected?" In other words, are spur routes included as long as they are connected to the main route?

Spurs are not included.[1] Being connected is not sufficient; the routes must form a continuous path.

The player who has the Longest Continuous Path of routes receives this special bonus card and adds 10 points to his score. When evaluating and comparing path lengths, only take into account continuous lines of plastic trains of the same color. A continuous path may include loops, and pass through the same city several times, but a given plastic train may never be used twice in the same continuous path. In the case of a tie for the longest path, all tied players score the 10 point bonus

Let's use the following network as an example:

How many trains are in the longest continuous path? Obviously, it's at least 8 (A-B, B-C, C-D, D-E). Is there a way of including the two in C-F without jumping (not continuous) or revisiting a route (explicitly disallowed)?

So no. The longest continuous path consists of just the eight trains along those four routes.

This is confirmed through play with multiple groups and through use of the official electronic version.

Note that at least one map (Asia) awards points for largest network, which includes forks (though this counts cities rather than routes).

"Continuous" means a line starting at one end and ending at another end; branching paths will not help at all. A "continuous path" means that you can travel along that path without backtracking or skipping around; with a branch/fork in your trains you wouldn't be able to go along all of those trains without backtracking or skipping. So you only count the longest branch of a fork.

You can find more discussion with the same answer here. 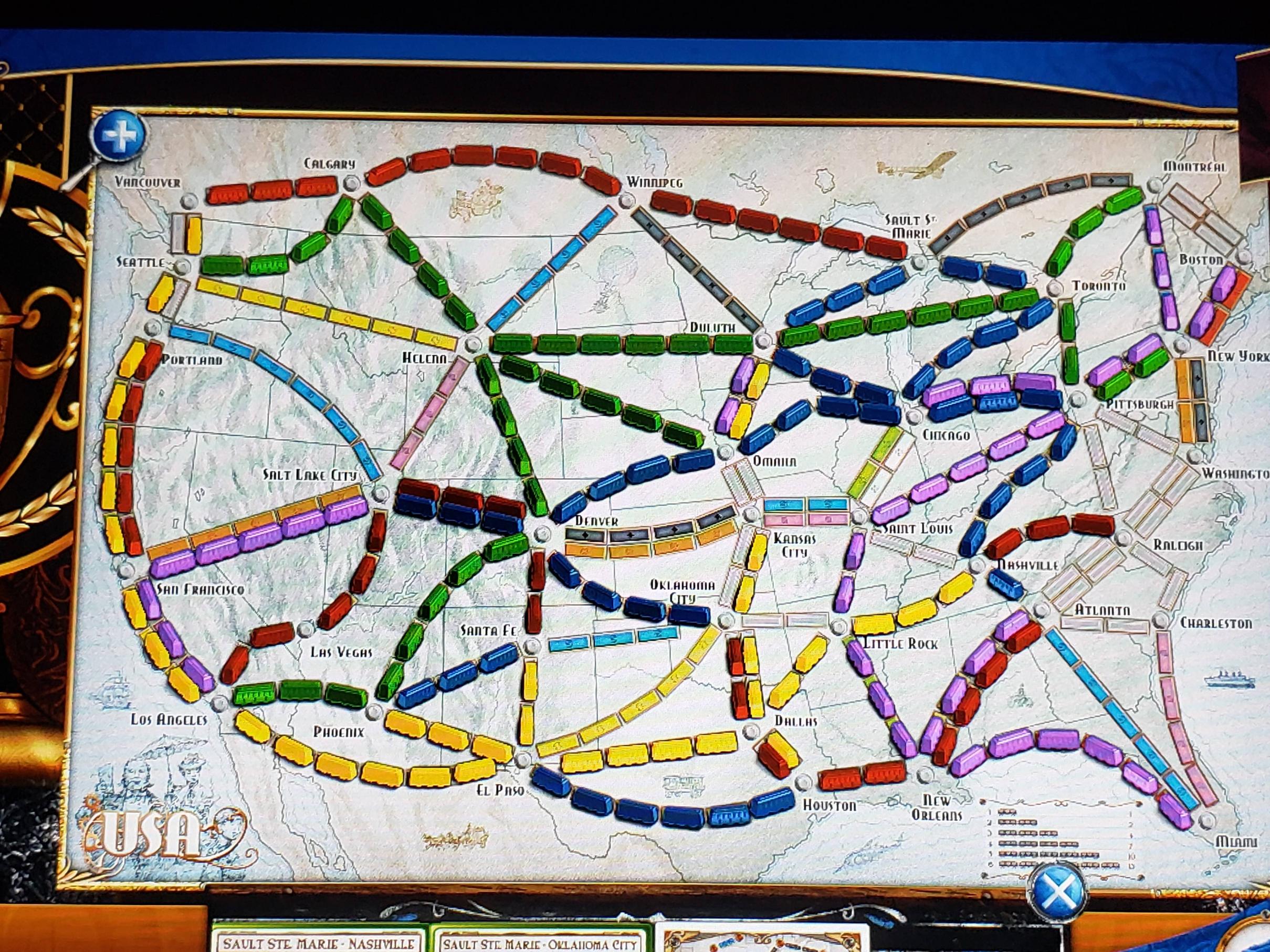 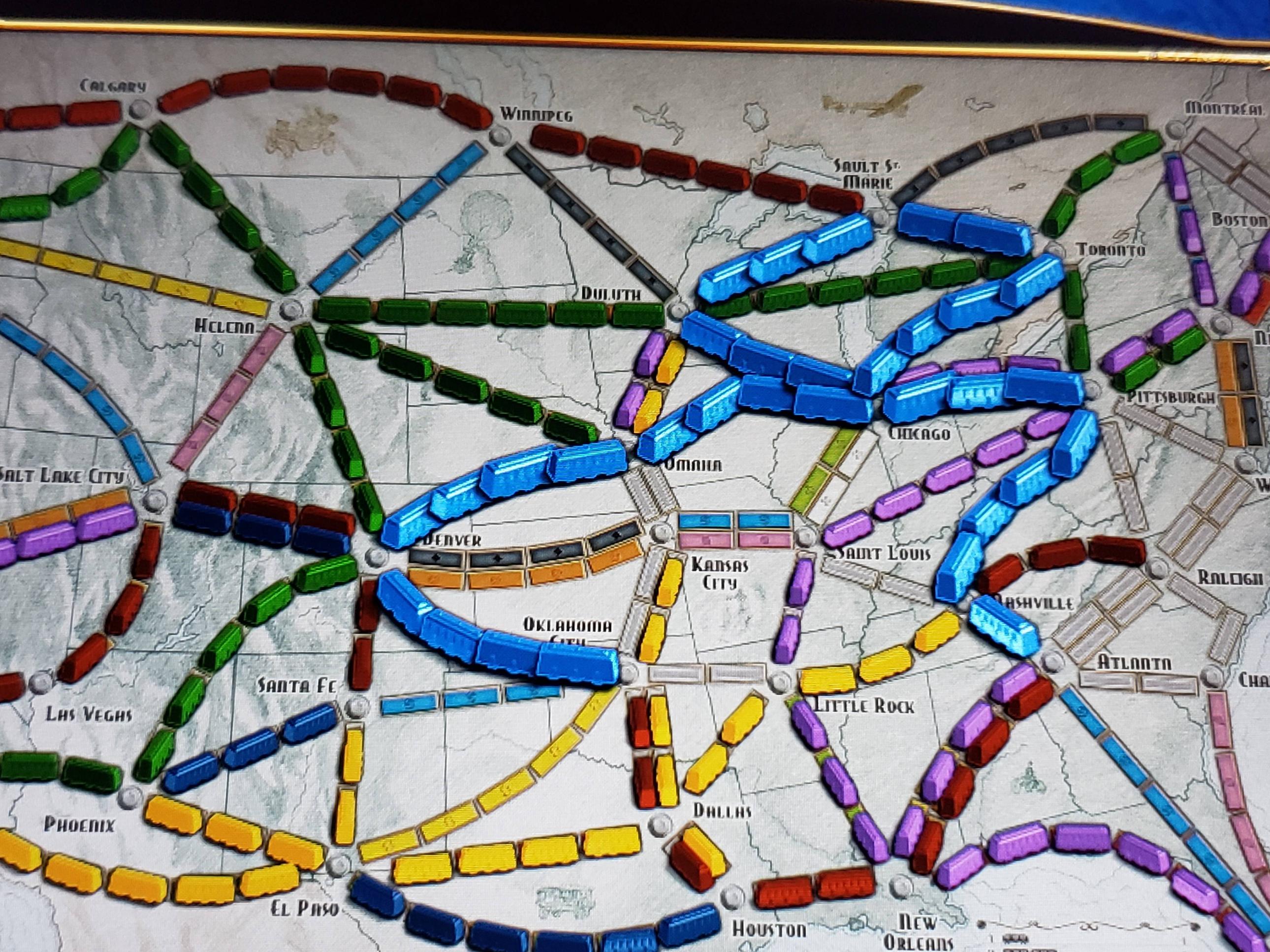 This follows what's in the rules for Ticket to Ride Europe:

When evaluating and comparing path lengths, only take into account continuous lines of plastic trains of the same color. A continuous path may include loops, and pass through the same city several times, but a given plastic train may never be used twice in the same continuous path. Stations, and the opponents’ routes they may provide access to, do not count for the purpose of computing paths and claiming the longest one. If several players are tied for the longest path, they each receive the 10 point bonus from the European Express card.

27
Is the "Longest Route" in Ticket to Ride determined by train cars or cities?