What model is this, that represents Enslavers?

I spotted this model on a Bell of Souls article about Enslavers. 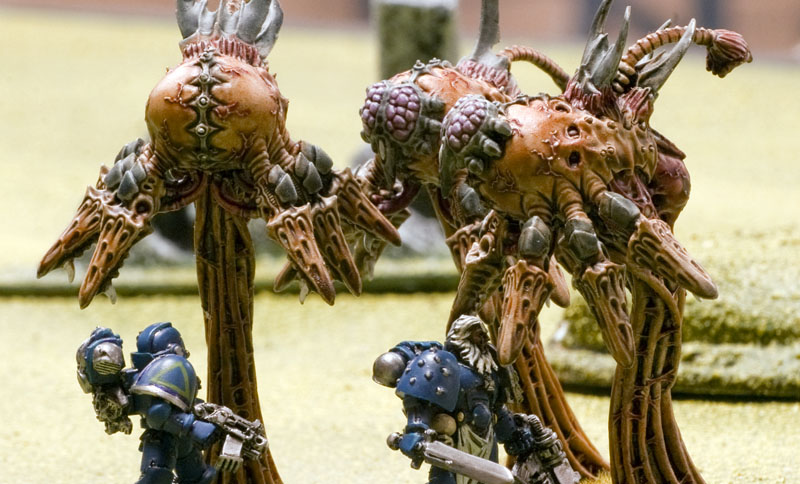 But when googling, I can't find the model, and I don't think the article says.

I'm also not sure Enslavers ever had models, so I don't know what else to Google?

What is this model?

That pic/those models first appeared on BoS back in 2007 under the "Warhammer 30,000 League – Week 3" report. Other pictures in that report also show those figures. 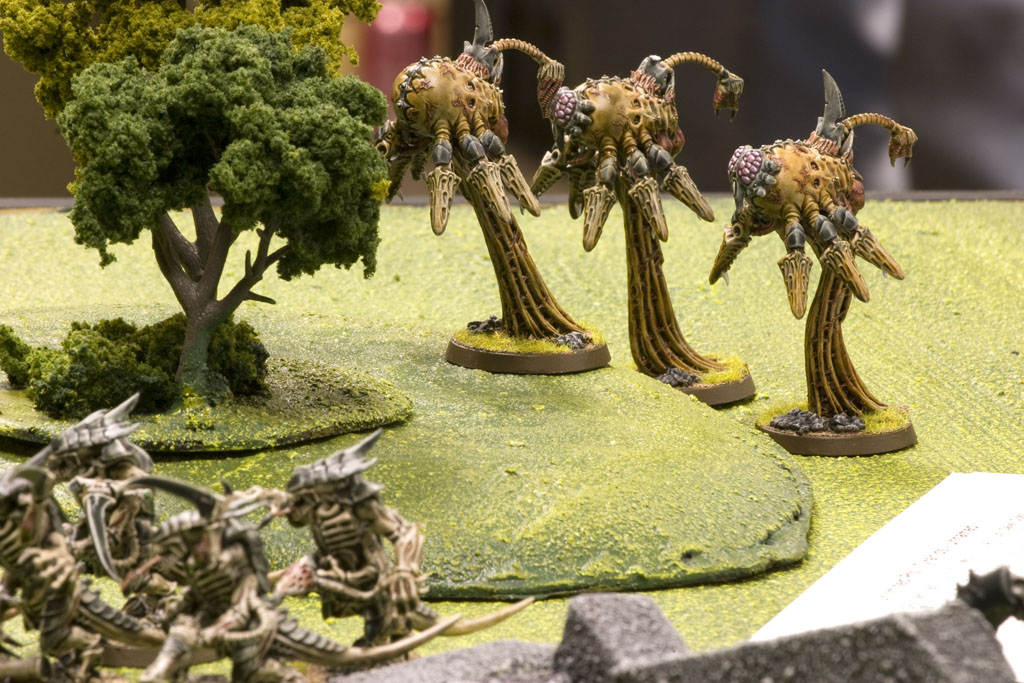 Balkus
Alpha Legion, Enslavers
The Alpha Legion under the command of Master Arkos, scored a hard fought victory for the Imperium upon the lost empire of Balkus. With its fate unknown for over 5000 years, the vile warp-spawned Enslavers have been cast out of this world forever. Captain Arkos has yet again done a service for the Imperium!
World Status: Compliance

The White Dwarf article in your link is apparently the only source for those rules. The models in the picture seem to have been original/custom.

7
What is the ruling for Warhammer base size when GW has not produced an official model?
11
What is the exact size of all the Warhammer 40k bases?
3
40k - Kustom Force Field and Vehicle Explosions
5
Modernising a 90s Warhammer 40K Army
4
Do Warhammer models that have no models have specific dimensions stated any where?
7
Can multiple 40k psykers cast the same spell in the same phase?
4
Do the rules as written make Assault weapons and Pistols useless?
2
Warhammer 40K White scars